Can I just say how much I love it when you guys tell me what to do? I love getting emails, comments, and Facebook posts/messages asking me to make a particular recipe or recommending a specific restaurant. I have to say a big thank you to Pam for emailing me about Fresh Pot Café. It’s been on my radar for a while, but I honestly just assumed (based on the name) that it was just a coffee shop that served maybe sandwiches and desserts. I was wrong. Also, I’ve heard a few jokes about the name (Fresh POT Café-har har) and no, it’s not that kind of place. Anyway.

I’ve driven by Fresh Pot Café (located in Hixson next to Planet Fitness) quite a few times. I’m not really sure how long they’ve been around but definitely several months. We went at about 2 p.m. on Saturday and there were two other tables occupied. We were seated immediately and the young lady who seated us (the daughter of the owners, I assume) explained the menu to us. The family is Ecuadorian and, while the menu is not an Ecuadorian menu, they had several Ecuadorian specials, including two types of fried plantains on the appetizer menu and an Ecuadorian fried pork plate served with corn, plantains, potato cakes, and avocado. They had two soups of the day-garbanzo bean was one but I don’t remember the other.

We decided to have the naturally sweet fried plantains as an appetizer. They were served topped with provolone cheese and had pico de gallo as an accompaniment. Plantains have a texture similar to bananas (not too surprising) though they are a little firmer, and they have a faintly banana flavor. The cheese was a nice contrast to the slight sweetness of the plantains, and the pico added a slightly spicy, oniony bite.

As for lunch options, they had several salads (some, if not all, of the dressings are homemade), sandwiches (served with side salad, cup of soup, fresh fruit, or fries), entrees, and pastas. I considered getting the Ecuadorian fried pork special but ultimately decided to get the Louisiana crispy fish sandwich, which was recommended by Pam (who emailed me about the restaurant). I’ve been on somewhat of a fish sandwich kick lately-that’s what I had for my birthday lunch last week at 1885, and while I loved the sandwich at 1885, I have to say that I think I liked Fresh Pot’s fish sandwich a little bit more! It was crispy fried white fish with homemade remoulade, which was slightly spicy and had a relishy flavor (and I love relish), and very fresh tasting lettuce and tomatoes. I decided to have my sandwich on a hoagie (the other options were ciabatta, a garlic wrap, or a spinach wrap) and loved that the hoagie was toasted very crisp. I also decided to have the side sautéed kale salad mix, with sautéed kale, green and purple cabbage, broccoli stems, Brussels sprouts, orange juice, and sriracha. Let me say…that sounds like an odd combination, but it was delicious. It was like a warm slaw, everything chopped up very finely, not too much or too little of any one ingredient, with just a hint of orange flavor from the juice and a little burn (but not too much) from the sriracha. I would order both of these items again (and again, and again).

It took Philip about two seconds to decide that he wanted to try the shrimp and crispy grits, and he decided to add a side strawberry spinach salad (with feta and homemade strawberry vinaigrette). Everything on the salad was very fresh and the dressing was vinegary but sweet and had a nice strawberry flavor. The shrimp and crispy grits included tasso ham, corn, red pepper, and green onions. It met Philip’s two main shrimp & grits criteria: fried grit cakes and cream-based sauce. You might not expect much from a teeny little restaurant in a strip mall, but these shrimp & grits were excellent-some of the best Philip has had. The grit cakes were perfectly fried, the sauce was delicious and well-seasoned, and the ingredients were perfectly balanced.

We debated on dessert but we were pretty stuffed by the end of our meal. However, we’ll have to go back and try out both the crème brûlée and the bread pudding. Our total for our appetizer, the fish sandwich, shrimp & grits, and a side salad was $31 and it was well worth it, as this place was as good as any restaurant where you would expect to pay that much or more for a lunch or dinner. I have to say, we were very pleasantly surprised by how good this place was, which just goes to show that you really can’t judge a book by its cover (not that we were expecting it to be bad, we just had no clue it would be that good). The food at Fresh Pot Café was extremely fresh and delicious and the staff were so friendly. We will definitely be back.

Go and support local, family-owned business (and it’s in Hixson, which is so lacking in locally-owned restaurants) at Fresh Pot Café. 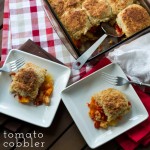 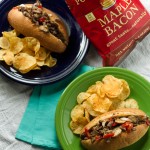