It’s pretty difficult to make a great homemade Philly cheesesteak, but this recipe pretty much nails it, with crispy browned beef and perfect melted cheese!

In my world, there are sandwiches (meh) and then there are sandwiches. A meh sandwich is some cold deli meat and maybe some cheese slapped between a couple of slices of bread. A sandwich is this. Philly cheesesteak. For me, it’s the be-all and end-all of sandwiches. I’ve only been to Philadelphia once, when I went to an educational event in Valley Forge as sophomore in high school. They took us to Philadelphia for a couple of hours and didn’t even bother to take us to Geno’s or Pat’s. The nerve (not that I knew any better back then)!

It’s pretty difficult to find great Philly cheesesteak. I’ve had a perfect one before, from The Yellow Submarine that used to be in downtown Chattanooga (also known as The Electric Submarine for a while because of some copyright issues). Sadly, it’s no longer in existence. No one else has ever been able to measure up…they range from too-crusty bread topped with unmelted cheese, too-thick beef, and vegetables that are still crispy, to your average fast-food sandwich shop that serves too-soft bread topped with a little soggy meat, some cheese, and whatever plethora of toppings you might want to add (I do like Charley’s-the little food court joint-but it’s not anywhere close to The Yellow Sub).

Making a great homemade Philly cheesesteak has always been futile too. I’ve never been able to figure out just the right cut of meat that isn’t too greasy or tough and the right cheese to melt perfectly into the meat. Enter America’s Test Kitchen. Have you guys figured out that I like ATK just a little bit? After I watched Julia and Chris whip up a homemade Philly cheesesteak in the Test Kitchen, I knew that I had to make it. And when I did? I couldn’t stop raving about the sandwich. It was THE. BEST. CHEESESTEAK. I’VE EVER. HAD.

The secrets? Freeze the meat (skirt steak) to make it easy to slice super-thin, then chop it up into even tinier pieces. And American cheese. Yep. Rather than buying some kind of American singles, I get the fancy deli kind that they have to slice for you. You can’t beat it for melting (unless you go super traditional and use Cheez Whiz!). I’ve also given up my insistence on always using homemade bread. Sometimes (a) you just don’t have time to make hoagie rolls (like, you know, the first month of school when you are a teacher), and (b) store-bought bread (the kind from the bakery, not the kind from the bread aisle) sometimes has a texture edge over homemade, unless you’re a professional.

I’m sure that Geno and Pat can out-cheesesteak me any day, but as far as what’s available around these parts (i.e. any part other than Philadelphia) this homemade Philly cheesesteak is as good as it gets-and it’s pretty darn good.

This recipe is from America's Test Kitchen 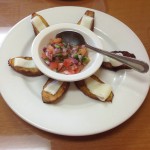