The Camp House is a coffee shop in Downtown Chattanooga that serves breakfast and lunch on weekdays and brunch on Saturdays.

After examining a few menus we decided to go to The Camp House down on MLK. We’ve been to The Camp House when it was in its previous location on Main, but (1) we’d never eaten there; and (2) we’d ever been to the new (well, newER) location. They have a pretty extensive menu, serving breakfast, lunch, and, on Saturdays, brunch. I’m going to be honest, I did not realize that they only serve brunch on Saturday and I was a little disappointed that they didn’t have the items on the lunch menu I checked out (because they had several things that sounded pretty fantastic). Oh well. I sucked it up and ordered brunch with the understanding that we’ll have to go back on a week day for lunch soon (look for an update to this post).

The first thing that you notice about The Camp House is that it is really a massive space. Not surprising, as it doubles on Sundays as a chapel for Mission Chattanooga. There are cozy sofas as well as dining tables and lots of people hanging out with laptops. There is also a very large outdoor seating area. The decor is dark and muted with lots of wood, cool chandeliers, and little potted succulents on the tables.

Specials for the day were a pumpkin waffle or French toast. I debated the migas (eggs, chorizo, corn chips, salsa) and the meat and cheese waffle (melted Gruyere, strawberry jam, ham, and honey) but eventually settled on the potato cakes (potato cakes, tomato, sour cream, onions, chorizo and a fried egg). I was a little concerned because I am not always a big fan of chorizo (it can be a little overpoweringly spicy for me) but I needn’t have worried because, while it was spicy, it was not mouth-searing. It was very flavorful. The potato cakes were extremely brown and crispy, the tomatoes and sour cream a cool complement to the sausage and potatoes. The egg was perfectly over-easy with a gorgeous runny orange yolk. I decided to skip coffee in favor of water.

Philip wanted a waffle and asked for the classic waffle (with just butter and syrup) but instead he was served a Camp House waffle (granola, yogurt, strawberries, pears, and date syrup). It didn’t have date syrup on it, though…it had honey on it. And it was delicious. The vanilla flavor in the waffle was very strong and the fruit, honey, yogurt, and granola all melded together perfectly. He also ordered a scrambled egg, which was just a pretty basic folded egg. He decided to order a chai latte. The latte had a very strong cinnamon and ginger flavor (the ginger burned!) and was nice and hot (they prepped it while we waited at the counter).

Like I said, we’ll be going back as soon as we get the chance to try out their lunch menu, which is served weekdays from 11-6. The food we were served today was fresh and tasty and definitely not the “usual” brunch (at least mine wasn’t, and I did think that Philip’s waffle was pretty unique). The atmosphere is nice and mellow and relaxing as well. If you are downtown and looking for a casual coffee shop atmosphere for breakfast, lunch, or an early dinner, The Camp House is a great option! 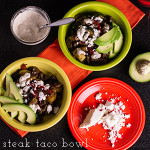 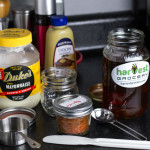