With steak, onions, peppers, zucchini, mushrooms, and cheese, this steak taco bowl is a simple, healthy, and delicious dinner! It’s sure to be a crowd-pleaser.

Let me tell you a story. It’s a story about a lady whose eating habits caught up with her. If you guessed that the lady was me…you guessed correctly. Here’s how it happened.

To be perfectly honest with you, for as long as I was a classroom teacher I never really worried one second about my weight. I mean, sure…there was the typical female “Ugh, I’m blowing up like a balloon” even though I wasn’t (I really hate that about myself sometimes). My clothes still fit, though, so I continued to do my thing, eating pretty much whatever I wanted, working out 3 or 4 times a week, and playing with preschoolers all day. You really don’t realize how many calories you burn playing with preschoolers…till you don’t spend all day playing with preschoolers any more.

When I changed jobs, it seemed like I gained ten pounds overnight (it wasn’t ten pounds, and it wasn’t overnight, but the rate at which I gained enough weight to have to buy new pants scared me…I feared that if I didn’t reverse the trend I’d be in trouble in a few years). My new job involves a lot of driving and sitting. It does not involve a lot of walking. I started working out hardcore, five days a week. I parked as far from school doors as possible. I bought a FitBit. Nothing worked…the scale didn’t budge.

That’s when I had to admit it: the fact that I changed my activity level and didn’t change my eating habits was the culprit. I took a hard look at what I was eating and realized that my diet was very heavy on carbs and very light on protein. Now, I am decidedly not someone who is ever going to subscribe to an eating plan that forces me to cut out any food group (unless there’s a medical reason, which, at the moment, there isn’t), but I realized that my diet was way out of balance, particularly since my carbs were coming overwhelmingly from grains and not from fruits and vegetables.

So…I’ve started thinking about what I can eat instead of bread and tortillas and crackers. I still eat those things, of course, but a lot less of them than I used to. Lucky for me, I can make dinners like this steak taco bowl. I’ve loved a good steak taco since I used to order them from the drive-thru at Taco Bell when I was in high school. That was a long time ago, and this is at least 100% more delicious and wholesome than that steak taco.

This is a riff on the “plato Roc” that’s served at Delia’s and Taco Roc. At Delia’s, it’s made with meat, grilled peppers and onions, lettuce, tomato, and avocado. At Taco Roc, though, it has zucchini and mushrooms in it too, making it even more filling and delicious. I decided to skip the lettuce and focus on the other vegetables instead. This steak taco bowl is light on carbs, but heavy on flavor!

For the chipotle cream
For the bowl

The prep time includes inactive prep to freeze the meat. 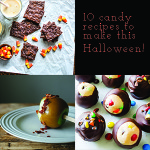 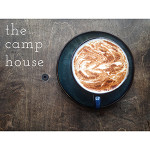