This skillet cheese soufflé is simplicity in a skillet. It’s a great way to use up whatever you have in the fridge, like the Swiss chard and artichokes I’ve used here, and it’s perfect for breakfast, lunch, or dinner!

I know that the words cheese soufflé evoke terror in the hearts of many. I get it, I really do. First of all, you have to have a special soufflé dish. Then, there’s the whipping of the egg whites and the making of the béchamel and the folding. Then, as if you weren’t already holding your breath out of pure fear, you have to worry that if you shut the oven door too hard or you accidentally stomp around, your soufflé will fall. Solution? Don’t make it.

Well, that’s not really a great solution, because soufflés are delicious and all that caution is maybe overdoing it a little. I’m not saying that you should go doing all the things I mentioned above to test the resolve of your soufflé, but it’s definitely not as scary as all that. But I’m not sure why I’m still talking about it, because this cheese soufflé is not that cheese soufflé.

A skillet cheese soufflé is much less terror-evoking. You don’t need a special dish, first off. Just a skillet. Second, there’s no béchamel. There is some whipping of egg whites but that’s really the hardest part of the whole thing. It’s not tall and fluffy like a standard baked-in-a-soufflé-dish cheese soufflé, but that’s okay. It’s still delicious.

I had some Swiss chard in my fridge that I needed to use up and thought that Swiss chard and artichokes sounded like a tasty combination. I used some smoked provolone chees that I had, which was definitely not a mistake. You should use whatever you have or whatever sounds good to you. I was going for a meatless affair but bacon, ham, or even shredded chicken would be perfect here. Have this skillet cheese soufflé for breakfast, lunch, or dinner-whenever you want it! Que sera sera indeed!

Try this skillet cheese soufflé for a delicious easy meal!

Click here to print the recipe for skillet cheese soufflé with Swiss chard and artichokes! 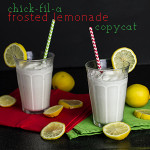 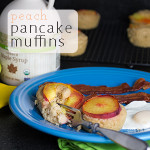