Frosted lemonade is my homemade, from scratch version of the confection by the same name that’s being served up at Chick-Fil-A restaurants this summer. A mixture of their lemonade and their Ice Dream soft serve, it’s pretty much summer perfection in a cup…and I think I’ve captured its essence perfectly!

Walking through the mall last month, I noticed a sign at Chick-Fil-A for something called frosted lemonade. Now, I might have mentioned a time or two that I have a major thing for lemonade, and Chick-Fil-A’s lemonade is no exception. When I was in high school I would drink that stuff until I got a stomachache…it’s pretty much the gold standard for lemonade in my opinion.

Anyway, I assumed that a frosted lemonade was basically the same as a frozen lemonade…just a lemonade slushie, more or less. I was wrong, friends. Very very wrong. While frozen lemonade still sounds delicious, it pales in comparison to what frosted lemonade turned out to be, which is a mixture of Chick-Fil-A’s lemonade and their Ice Dream, which is soft serve. Um, yes please. I knew I had to try it out. It took me weeks to get around to it, but eventually we plopped down $6 and some change for a couple of cups of it and discovered that yes, it was just as delicious as it sounded.

The problem was $6. I knew I had to remake it at home, so I considered how I could do so. I thought about just a vanilla ice cream and lemonade milkshake, but I never get the right texture when I make blender milkshakes. Besides…Chick-Fil-A frosted lemonade had a texture that was closer to homemade ice cream just out of the churn than a milkshake. I decided to take that route, mixing up a vanilla ice cream base but subbing in a whole lot of lemon juice (and a little bit of water) plus some lemon zest in place of a cup of whole milk or cream from the original recipe.

Turns out it was just right for making the frosted lemonade that I want. This copycat Chick-Fil-A frosted lemonade recipe is great straight out of the ice cream maker, but you can also freeze it-just be sure to take it out of the freezer about an hour before you want to serve, stirring frequently until it reaches the right consistency!

What are you waiting for – make this frosted lemonade ASAP!

Click here to print the recipe for frosted lemonade! 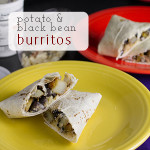