Il Primo Chattanooga is an Italian restaurant near Chattanooga’s North Shore serving Italian comfort food in a comfortable, neighborhood atmosphere.
Generally, Philip and I try to avoid the downtown Chattanooga area in the evenings during Riverbend at all costs, but a wedding downtown yesterday afternoon gave us an opportunity to try out il Primo Chattanooga, a new Italian restaurant opened by Nathan Lindley of Public House fame this past week in Riverview (North Chattanooga area)-in the old Greenlife location. I had heard and read some wonderful things about the restaurant, but honestly I wouldn’t have even realized that it had opened if not for my friend Matt who loves to make dining suggestions for me. Apparently this was no accident; their opening had been sort of a “soft” opening to allow the staff to get adequately trained. They don’t even have a sign yet, though Lindley told Philip that the sign should be up sometime next week.

We arrived at almost exactly 5 p.m. and were seated immediately by Mr. Lindley himself, then quickly served water by a very friendly guy (not our server) who talked to us briefly about the restaurant and the menu and returned to our table later for a little conversation. He told us that the idea behind Primo was to make it like a New York neighborhood Italian place and that Bruce Weiss of River Street Deli had actually consulted with them on the project to ensure authenticity. I certainly can’t attest to that authenticity as I have never been to NYC, but I can attest to the fact that the decor was clean, contemporary, and somehow dark (lots of wood and metal) while managing to be bright at the the same time (tons of windows). The menu is simple with just a few sections and just a few selections per section. See for yourself.

Our server, Geoff, brought us some wedges of house made herbed focaccia with olive oil for dipping. It was tender, herbaceous, and amazingly delicious. We did not turn down offers for more with our meal and some to bring home with our leftovers. We decided to try the arancini telefono ($7). Arancini are fried balls of risotto stuffed with cheese; arancini means orange (because these kind of look like oranges) and of course telefono means telephone, apparently because the cheese strings out like a telephone wire? Anyway, these were served on a bed of house made marinara and they were very fresh and hot. The risotto is wrapped around a ball of mozzarella, rolled in flour, and fried and as Philip put it they were kind of like risotto hushpuppies…except better, because he doesn’t like hushpuppies but he loved these. The flavor was wonderful….not too cheesy but enough to have cheese in every bite, and the marinara was simple and delicious. It’s funny…I used to hate marinara before I started making it myself but now I realize that I just didn’t like marinara from a jar. But I digress.

Typically we wouldn’t order an appetizer and salads, but since this was our first experience and we knew I would be writing about it we decided to go for it. Philip ordered his standard Caesar ($5), which was pretty straightforward: chopped romaine lettuce, house made dressing strong with garlic and anchovies, house made croutons, and grated parmesan. I know that saying you can taste the anchovy can freak some people out a little bit, but I don’t mean that this was a fishy dressing. It just tasted authentic. Don’t be afraid. It was delicious. I was planning to get the café salad ($5) with pecorino and Chianti vinaigrette until Geoff told us that there was a salad special: caprese ($5). When I hear caprese salad in the summertime I am rendered unable to order any other salad. The salad was made with farm-grown red and yellow tomatoes, a huge slab of fresh mozzarella, fresh basil leaves, olive oil, salt, and pepper. There was enough cheese and basil to have some in every bite and it had just the right amount of oil and seasoning. Perfectly simple and delicious.

I was torn between the eggplant parmesan ($14, which included a side of my choosing) and the lasagna Bolognese ($16), so I asked Geoff for a recommendation. He told me that the eggplant parm is delicious but he highly recommended the lasagna, with a slow-simmered house Bolognese that contained three meats-house ground beef, veal, and pork sausage-and house made sheets of spinach pasta. This was a gigantic portion that Philip bet me I couldn’t finish when it came…I jokingly bet him that I could, knowing darn well it couldn’t be done. Besides, if I finished it, what would I have for lunch the next day? The bottom layer was the thick, meaty bolognese sauce with tender veal, a slight spice of Italian sausage, and the heft of beef, with just a touch of creaminess. The meat was topped with layers of house made spinach and regular pasta, followed by a thin layer of béchamel and finished with a layer of melted cheese. It was rich, simple, filling…some of the best lasagna I’ve ever had. I don’t really make lasagna much at home but this gives me a goal to shoot for!

Philip considered the trout but eventually decided on the pork scallopini ($16), heirloom Cheshire pork sirloin cutlets pounded thin, breaded, fried off and served with a lemon-butter and caper sauce. For his side he chose spaghetti with marinara, which Jeff told us was not made in-house but was imported from Italy. It was cooked to a perfect al dente and served with just enough of that simple marinara to coat; Jeff also brought Philip a little cup of grated parmesan to sprinkle over the top. The meat was perfectly tender (heirloom pork doesn’t have the fat bred out of it!), fried wonderfully crisp, and served with just the right amount of sauce, tangy but not sour, buttery but not greasy, and just enough capers for a zip of flavor. Philip’s difficulty was resisting eating his second portion so that he would also have leftovers for lunch

Il Primo Chattanooga is a beautiful space and when someone asks me for an Italian recommendation this will definitely be a place that I tell them about. It’s the kind of place that you can feel comfortable bringing your kids to but you could also come with just your significant other for a special-occasion meal. The staff was friendly and extremely accommodating; several staff members stopped by our table to pick up dishes we were finished with, replace our water carafe, bring items to us, or just speak to us. The prices were not cut-rate, for sure, but they were reasonable (our pre-tip price, including a Dogfish Head 90-Minute IPA, was $60). I am sure that as the word gets out the crowds will increase, but this place is worth it.

Il Primo Chattanooga is serving delicious Italian comfort food…you will definitely want to check it out!

Il Primo Chattanooga is located at 1100 Hixson Pike, Chattanooga, TN 37405. You can call them at 423-602-5555. You can like Il Primo Chattanooga on Facebook or check out their website (which at this time is just a static page). I did not find a listing of their hours but I believe that they are open for dinner Monday-Saturday (I will update when I get correct hours).
Other restaurants in this area: Tremont Tavern, The Farmer’s Daughter, Vine Street Market Other Italian restaurants in downtown Chattanooga: Tony’s Pasta, Alleia 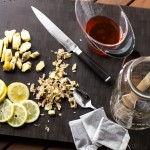 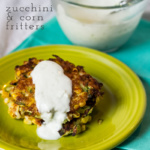