Saturday I felt like we went all over the world in one day.  We had dinner with some friends Friday night (at a local restaurant I decided NOT to blog about-wouldn’t you like to know where!) and then came straight home because we were both on the verge of crashing.  Saturday, though, we did our usual traipsing around Northgate (seriously, we do that almost every Saturday, even though usually the only thing we leave with are some used CDs from FYE), then went to Books-a-Mill because I mistakenly thought that the Smitten Kitchen cookbook had been released and wanted to flip through it, then McKay (because I hadn’t been in a couple of months), then to  a late lunch, then Target.  All before 4 p.m.

We were getting hungry around the time that we were in the East Brainerd area at McKay (where I scored United States of Arugula and Nigella Lawson’s bio on trade credit).  Surprisingly, with a million and one stores and restaurants in that area of town, there is only a tiny handful of local places.  I suspect high overhead is the reason for that.  There’s a Chinese place near Hurricane Creek that Philip loves, then there’s Bones Smokehouse (which I have been told I must try), and a few other places, most of which I have already reviewed…or don’t care to.  Philip suggested The Palms, which I never even think about.  I’d guess that it’s pretty likely that you never think about it either.  The Palms is located on Shallowford, near Sonic.  It used to be The Oasis.  Philip once played at a songwriter night there and thought the interior was pretty nice and some of the stuff on the menu looked pretty good (albeit a bit pricey).  We decided to go there.

It was about 2:15 when we arrived (they open at 2:00).  The place was deserted when we walked in.  An employee vacuuming in the front directed us toward the bar.  We found a table and the server, Lydia, (who was also tending bar) brought us menus and took our drink order.  We checked out the menu and decided to order some chili con queso for $5.95.  I was actually a little confused by the menu….on the front there’s a “to start with” section on the front of the menu that includes items like a “jumbo shrimp martini” and “cast iron seared & blackened prime rib strips”.  All of the items in this section are $9.95 and up.  On the back of the menu, however, there was a “just use your fingers” section with more standard sides like the chili con queso that we ordered, chips and salsa ($4.95), and wings.  The chips & queso came out quickly…it was pretty much a standard white queso dip with chili mixed in.  It tasted pretty good but I did think that for almost $6 the portion size was very small, and the chips were definitely not as fresh as they could have been.

I knew before I even walked in the door that I wanted a burger (no matter where we went) so I had two choices: a standard burger or the mushroom, bacon, and Swiss burger.  I decided on the mushroom burger, which I ordered medium-well.  It was pretty much a gigantic burger with sautéed mushrooms, melted Swiss, peppered bacon, lettuce, tomato, and onion (which I swiftly removed after snapping the pic) on a grilled bun.  Lydia brought out mayo on request.  The burger was good, cooked just like I asked.  The mushrooms were well-cooked and at least tasted like they were cooked from fresh (you know, canned mushrooms just always taste bad).  I really feel like lettuce, tomato, onions, pickle, etc. are unnecessary on a mushroom-Swiss burger, but whatever.  It was fine.  I liked the burger but it wasn’t anything “special”.  The steak fries served on the side were pretty good but obviously made from frozen.  Unfortunately, this is the rule, not the exception.  Philip and I had a discussion as we were eating about fries and why more restaurants don’t make them from fresh.  We concluded that not only is it more work, but people have become so conditioned to frozen fries (which are precooked and sprayed with some sort of starchy something that makes them cook up super-crispy) that they usually don’t like house-cut fries.  Another reason to feel sad for our society.  I love handcut fries and I wish everyone did, because my fry-eating experience would certainly be enhanced.

Philip considered the Baja fish tacos but ultimately decided to order the Reuben.  He was a little nervous about it, as he always is when he orders a Reuben at a place he hasn’t eaten before. In case you don’t know, a Reuben is corned beef brisket, melted Swiss, Russian or Thousand Island dressing, and sauerkraut served on grilled rye bread.  This particular sandwich was served on marble (rye & pumpernickel) bread.  I’m guessing the corned beef was deli-cut (as I am quite certain they are not brining and slicing their own) and the sauerkraut (basically lacto-fermented cabbage) was not extremely strong.  You should be proud of me…I am a little scared of sauerkraut but I tasted the sandwich (sauerkraut and other fermented foods are actually very good for you). It was good and there was no reason to be afraid!  The grilled bread was not extremely greasy.  Overall it was a pretty good sandwich, although I’d be willing to be it wouldn’t hold up against River Street Deli’s Reuben (I’d almost put money on it).

The interior here is nice, with dark wood and dark carpeting, and it’s very clean and well-kept.  It is a 21-and-over joint, so unfortunately smoking is allowed (and there were 2 patrons smoking at the bar while we were there) so that’s definitely a con for us.  The sandwiches, fajitas, and most of the fish and chicken dishes are fairly reasonably priced, but their steaks and salads are as pricey as if not more so than some of Chattanooga’s nicest upscale restaurants (salads are $7.95 and steaks are priced up to $32.95).  I appreciate the fact that they support local music, and they have a pretty expensive drink menu (although, interestingly, only bottled beers-no draught).  They serve brunch on Sundays, which I’d be interested to try (honestly, I judge restaurants much more harshly on their breakfast/brunch items than their lunch and dinner items.  Frozen biscuits?  Sorry, try again!) and have different “specials” (ladies’ night, date night, seafood night, etc.) every night.  I wouldn’t call it my favorite restaurant (but then, it’s really a bar….), but if you have thought about checking them out, it’s worth a try. 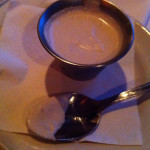 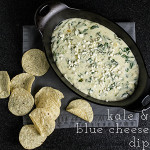