If you’re a little unsure of exactly what to do with your Instant Pot, I’ve got ten Instant Pot tips and tricks to get you started!

I bought my Instant Pot a couple of years ago…actually, it was a Christmas gift, but it was one of those deals where my mom had asked me what I wanted for Christmas and when I saw that the Instant Pot was a lightning deal on Black Friday I called her and said, “How much were you planning to spend on my Christmas present?” By Monday I had a shiny new Instant Pot in my kitchen.

The problem with it was that I wasn’t sure where to start, and I’m not going to lie, it took me a while to feel comfortable with it. Pressure cookers don’t really have the greatest reputation as a safe cooking tool, so Philip just kept thinking that it was going to explode. I, on the other hand, couldn’t think of anything except my grandmother’s medieval era pressure cooker with a rocker that made so much noise.

Serious Eats said it first, but I’ll say it again: anything your slow cooker can do, your Instant Pot can do better! Now…I’m not trying to knock slow cookers…they have their place, for sure, and if you are someone who functions better in the morning and you need to come home to dinner that’s ready to go, then I can see why you are in love with your slow cooker. Me, on the other hand…I bristle at the thought of having to load up a slow cooker before I leave for work in the morning, but I’m happy to come home and throw some things in the Instant Pot while I make my lunch for the next day, grind coffee, check social media, and write some blog posts. My biggest complaint about my slow cooker was that, even with the ones that switched to “warm” when they were done cooking, certain foods (hello, chicken) would overcook. This is never a problem with my Instant Pot because I switch it off the second it beeps. So…I get the same super-tender foods that I get in a slow cooker with none of the morning rush or fear of overcooking. Roasts, soups, stews, chilis…yes, of course. But also, rice dishes, pasta, sides (Instant Pot mashed potatoes are one of my new favorites), and even desserts. The Instant Pot does it all.

9. Be sure to factor in time to pressurize and depressurize.

In the reviews I have read that were not in favor of the Instant Pot, this was one of the biggest complaints. With a slow cooker, you basically set it, forget it, and come home to a pot full of food that probably doesn’t need much done to it – maybe a slice, a shred, or a garnish. With the Instant Pot, you’re going to be waiting on it a while. I know that if I put something under pressure, it’s going to take 15-20 minutes to come to pressure, then I have to factor in the cook time, then if it’s a recipe that needs to depressurize naturally, that’s another 15-20 minutes. Okay, it might take an hour or more for your Instant Pot dinner to be done…but like I pointed out in #10, you aren’t babysitting the Instant Pot. Make a side dish. Help the kids with their homework. Drink a glass of wine in the bathtub. The world is your oyster.

8. Skip the presets and use the manual buttons.

Okay, so there are exceptions to every rule, and I do let the Instant Pot do the work for me from time to time (mainly when I’m cooking white rice) but for the most part, I use the manual setting. There is not one time for “meat” or “chili”…it just depends on what you are making and how much. I like to make my own rules.

7. Don’t use the rice setting for brown rice!

Brown rice cooks much more slowly than white rice, and the “rice” setting is made for white rice! Don’t undercook your brown rice. Nobody wants that.

6. You can cook pasta right in the Instant Pot – no need for draining.

A lot of my favorite recipes call for cooking the pasta right in the Instant Pot. It’s just like stovetop macaroni and cheese – you use way less liquid than you would typically think to use and the pasta soaks it up like a sponge. This is not only super easy, it also gives your pasta a ton of flavor. You need slightly more liquid than pasta, so if you are making 2 1/2 cups of pasta (about 4 servings), then you need 3 cups of liquid. And you only need to cook the pasta under pressure for about 5 minutes. If you use tomato sauce in your recipe (like my cheesy chili mac), you need even less liquid.

5. If you still want to do slow cooking in your Instant Pot, there’s a special slow cooker lid you can buy.

And it costs less than $15, so I’d do it even if you don’t plan on using it all that often. When I first got my IP, I just found it to be a pretty gigantic pain to constantly have to unscrew the lid if I was checking on my food. I use the slow cooker lid when I’m using my Instant Pot just as a regular pot to cook (see #4) and I want to speed up the time it takes to heat up the contents.

4. You can use your Instant Pot to cook things instead of cooking on your stovetop.

As in, you don’t have to use it as a slow cooker or a pressure cooker. Why would one do this, you might ask, when one has access to a stovetop? Well, for one, maybe you’ve run out of space on your stovetop. For example, it could be pretty useful on Thanksgiving. For me, though, this comes in most handy in the dead of summer when I don’t want to turn the ceiling fan off so I can cook something on my stovetop. I boiled pasta in my Instant Pot more times than I could count this past summer!

I’ve used this trick for years when slow cooking foods…the caramelization that occurs on the outside of foods when you sauté them is flavor gold. It always annoyed me that I had to dirty another pan, though…so the Instant Pot is right up my alley. I just sauté my meats, onions, whatever, in the Instant Pot using the sauté function (I guess that was probably obvious) until it reaches the color I like, then I follow the remaining steps of my recipe.

2. The sealing ring gets stinky…but you can get the smell out.

Honestly, it really doesn’t bother me all that much. It’s not like the smell gets in my food. A lot of people have told me that they can’t stand that about their Instant Pot, though, and it’s surprisingly easy to get the smell out. Some websites I’ve looked at say to just put it on the top rack of your dishwasher, but I am not really keen on putting a rubber gasket in the dishwasher. Instead, you can steam your sealing ring with a cup of white vinegar. If you have two sealing rings, you can do this right in your Instant Pot…but obviously, if you only have one, you won’t be able to do that (since you need the sealing ring to steam in the IP). Just do it for 3-5 minutes in a pot on your stovetop – and be sure to use a steamer basket so the ring doesn’t sit right in the hot liquid!

1. Cut large cuts of meat into smaller pieces before pressure cooking them in the Instant Pot.

I cannot stress this enough. If you throw a whole roast in there, you will be sad because it will be tough and impossible to eat. If you cut that roast into 4-6 pieces, though, you’ll have a whole different story. If I buy bone-in roasts, I try to cut the meat away from the bone. Smaller cuts like chicken thighs and even certain steaks can be put in whole.

These 10 things have helped the Instant Pot take its place as the number one cooking tool in my kitchen.  What are your favorite Instant Pot tips and tricks?

Shared on The Weekend Potluck on Served Up With Love! 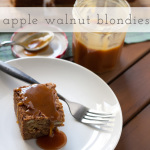