I don’t remember my grandmother making praline rolls, but this is a recipe from her recipe book (aka my most prized possession) and it’s delish.

Have I told you guys about my grandmother’s recipe book that I discovered in my basement closet, where it had been stashed for the twelve years that we have lived in this house?

Oh yeah. I might have mentioned it once or twice (like in this post for baked acorn squash, this one for pasta with mushrooms, or this one for sloppy Joes). It’s just that I got a little excited when I found it (as in jumping up and down saying “I found treasure!” excited). For some reason when I went through it back years ago when I first acquired it I didn’t recognize any of the recipes. How odd that all these years later I’m all, “Um, yeah. I remember these.”

Praline rolls are not a recipe that I remember, though. Actually, aside from her painstakingly scooped and rolled Toll House chocolate chip cookies, I don’t recall my grandmother doing a ton of baking (we did have lots of strawberry pies, but those are no-bake). There are lots of baking recipes in the recipe books that I have of hers, though, so I guess that she did bake more than I recall. Perhaps that slowed down a bit by the time I came along? I certainly don’t remember her ever baking these praline rolls.

One thing that I do remember vividly about my grandmother is that every time that we went to Baskin-Robbins (which was fairly often in my early childhood, as Northgate Mall was in its heyday 32 flavors and Burger King andOrange Julius AND Pizza Hut) that she ordered pralines & cream ice cream. At that time in my life, I had no idea what a praline even was and never bothered to ask. Whatever it was, it sounded terribly uninteresting compared to my inevitable mint-chocolate chip in a cup (some things never change). Every time I think of pralines, I think of my grandmother and her Baskin-Robbins order. Sometime I’ll have to try some pralines & cream ice cream…

…but in the meantime, I can make these praline rolls and think of her and the legacy she left me in that recipe book.

*I actually halved the recipe and cut the dough into 9 rolls, which I baked in an 8×8 pan. I used the whole egg for the halved recipe with no ill effects.

**You can store the rolls, risen or unrisen, in the refrigerator overnight. If you did not let them rise, you will need to do so before baking. If they have already risen, you can just bring them to room temperature prior to baking. 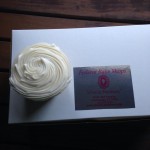 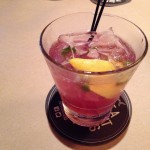