Bonefish Grill Chattanooga recently won the Times Free Press Best of the Best award for best seafood restaurant for the 7th year in a row.

Let me start this by saying that Chattavore always has been and always will be a blog focused primarily on promoting local restaurants. That said, decided to try an experiment. I am actually invited fairly regularly to attend openings and other events at chain restaurants. I have always kindly declined the invites, but last month I decided to accept an offer, even if I only do it once, just to see how I would approach a dining review (a) when my meal is complementary; and/or (b) at a chain restaurant.

A couple of weeks ago I was contacted by a PR representative for Bonefish Grill. Bonefish Grill Chattanooga was just voted best seafood restaurant in Chattanooga in the Times-Free Press “Best of the Best” readers poll for the seventh year in a row and has recently unveiled a new menu with the hashtag #hellonewmenu. They wanted to invite me in to try out the restaurant. We hadn’t been in many years, so I decided to take them up on the offer. I will let you know up front that I was given a dining voucher and quite a few “extras”, though we did pay a small portion of our tab as well as tax and tip. Because of this I am going to take a more objective “just the facts” approach to the review than I normally do. However, anything positive that I say is my own opinion!

Since we attend church on the East Brainerd side of town, we decided to dine at Bonefish Grill Chattanooga  for Sunday lunch. We were actually unaware until we arrived that Bonefish Grill serves brunch on Sundays (perhaps Saturday as well, but I’m not sure). Brunch offerings include a selection of omelets, “Brunch favorites” including French toast, a burger, and oatmeal, and a variety of eggs Benedict dishes. For $20.90, you can order one of their brunch items plus endless bellinis, mimosas, or blackberry sangria. We were not in the mood to go all out with brunch, but they did bring us some French toast to sample. The French toast was bruleed (which was a nice touch) and served with pancake syrup, whipped cream, strawberries, and mint, and bacon. Since we were also getting Bang Bang shrimp we should have left more on the plate…but it’s a sin to waste bacon, right?

Angela, our server, brought us a couple of drinks, including the blackberry smash, which was literally smashed blackberries, coconut water, mint, and soda water, and a house lemonade, which is made with lemongrass syrup and house made lemonade base. It’s served in a sugar-rimmed glass and is quite possibly the tarted lemonade I’ve ever had in my life, which is not a bad thing. I particularly liked the blackberry smash, though…the mint was a wonderful touch (I’m a little obsessed with mint. And know I’m thinking that I need to recreate this…but perhaps include some lavender as well). She also brought us a plate of warm bread with pesto dipping oil.

The brunch menu offers a smaller selection of “Signatures starters” and “Starters + Sharing” menu items than the lunch or dinner menus, but the Bang Bang shrimp is always available. I had never tried the Bang Bang shrimp but have heard a great deal about it and wanted to try. Bang Bang shrimp is fried shrimp tossed in a creamy, spicy sauce. It was a decent but not huge portion. We enjoyed the Bang Bang shrimp a great deal…it was just a little spicy but not too much. I’d like to recreate this in a baked version at home. The ahi tuna sashimi (seared and sliced tuna) is another popular appetizer (we ordered it on a previous trip and liked it a great deal. We also each decided to try a salad. I had the house salad, which was an unusual play on the traditional house salad with mixed greens, grape tomatoes, kalamata olives, pumpkin seeds, and hearts of palm, dressed with a citrus-herb vinaigrette. I decided to add Danish blue cheese for $1.50. The salad was fresh and well dressed. Philip chose the Caesar salad, fresh romaine lettuce with a light, not super creamy Caesar dressing, garlic croutons, and Parmesan cheese. During dinner service they also offer a wedge salad and a couple of entree salads (Cobb, cilantro-lime shrimp salad).

One of the changes that Bonefish Grill recently made to their menu was to begin offering “hand-helds”. Don, the managing partner, told us that this was to make Bonefish Grill more accessible to those who just wanted an easy, casual dinner out. The hand-helds include a burger, fish tacos, Bang Bang shrimp tacos, and fish & chips. They also offer a lobster grilled cheese during lunch and dinner service. I decided on the Baja fish tacos, which Don told us are sometimes made with tilapia but are current being made with pollock. The fish was blackened and the tacos were served with shredded lettuce, a fresh mango salsa, and lime creme on slightly crisped-up flour tortillas. Hand-helds are served with your choice of a green salad or house-cut chips, and you guys know what I chose (I cannot pass up a house-cut chip). The chips were warm, fresh, and well-seasoned and the fish tacos were nicely seasoned and tasty.

The menu also includes a selection of wood-grilled fish and sautéed and baked entrees. The dinner menu also offers wood-grilled steaks and chops and a selection of bowls, like a spicy tuna bowl and a shrimp pad Thai bowl. They also offer a seasonal specials menu, and Philip decided to order the swordfish with pumpkin ravioli with crispy sage, shallot brown butter, and feta cheese, which Don told us was a concept imagined by the founder of Bonefish Grill to bring in Fall. The dish was served with a succotash made with corn, edamame, and sausage. Philip really enjoyed the salmon, which was well-cooked and seasoned, and the ravioli. He liked the succotash but didn’t love it as much as the other items on the plate. The portion was sizable but not huge and the ravioli was filled well and nicely seasoned. Other specials included a Vintner’s burger and Atlantic salmon with bacon jam butter.

Don insisted on bringing us some desserts and I was honestly expecting a small sample of a few of the dessert menu items. I was quite surprised when we were served a full-size portion of each dessert! The desserts include a very dark, rich flourless macadamia nut brownie (not for the faint of heart-this was one of the most chocolatey things I’ve ever eaten), served with ice cream and raspberry sauce and friendly for the gluten-free set, a sangria flatbread-brioche flatbread with berry sangria preserves and mascarpone cheese, topped with pecans and wine custard sauce (we liked it but didn’t love it), coconut pie-a creamy coconut custard topped with Myer’s rum sauce (pie good, sauce excellent), key lime pie (fresh, light, and a great balance of tart and sweet), and pumpkin creme brûlée, which is a seasonal dessert (and tastes just like someone mixed pumpkin pie with creme brûlée…which cannot be a bad thing). We couldn’t take more than a few bites of any of them! We were 100% stuffed.

Bonefish Grill Chattanooga is striving to be an elevated chain restaurant.

Their goal is to provide a menu, service, and atmosphere that are a step above other chain restaurants (and that isn’t a knock to chain restaurants, because, as I said before, I do eat in chains). Their changing menu is meant to meet the needs of their customers whether they want to have a quick dinner on the way home from shopping or an experience meal and they are working to follow the trends of the culinary world. You can find their full brunch menu here and the dinner menu here. By the way, they also offer a Saturday lunch menu with more casual combo items (like soups/salads) and a gluten free menu. 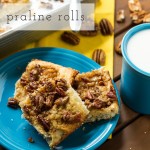 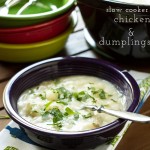 Chicken and Dumplings in the Slow Cooker