Hennen’s is a great upscale but not stuffy restaurant in downtown Chattanooga. We decided to go there for our 14-year anniversary!

So, last Tuesday (7/14) was Philip’s and my 14th anniversary-one of the few times a year that we spend a little more money on dinner (also one of the few times a year we go out on a weeknight). We put a lot of thought into where to go and got lots of great suggestions from my Facebook followers (all added to the list, thanks guys!). We decided in the end to go to Hennen’s…we’d been there before but it was long before my blogging days.

We made our reservations for 6 p.m….then watched a storm roll in at about 5:15. We managed to get ahead of the storm, so it hadn’t started raining when we got there, but even if it had, we would have been okay because Hennen’s has a great set-up where you can park in the garage in the same building, come down on the elevator, and enter the restaurant without having to get out from under cover (and if you remember to take your garage ticket with you, you can pay at a machine before you leave).

We were basically starving when we arrived, so we decided to order an appetizer. We were trying to choose between white bean hummus (with marinated tomatoes and warm flatbread) and poached pear and blue cheese flatbread. We ended up deciding on the latter. It was a good decision. It had a great crust with lots of pears that had been poached in what I assumed was port, which was reduced and drizzled on top, and a good amount of gooey blue cheese. I puffy heart love blue cheese. If you don’t, don’t order this flatbread.

I couldn’t decide between the PEI (Prince Edward Island) mussels and the braised short ribs with herb mashed potatoes and green beans. Our server, Abby, highly recommended the mussels. I have a rule that I always take recommendations (if I ask for them, that is). The mussels were served in a bacon-jalapeño broth with wedges of grilled Niedlov’s bread and I decided to get some fries to go with them, because I always make fries to go with mussels. The fries were pretty average, nothing to write home about but not bad. The mussels were delicious, though. The bacon was diced into pretty tiny chunks and I swear there was an entire jalapeño sliced up in there. It was definitely a 3+ alarm broth, which kind of caught me off guard (I was surprised by how much heat the broth lent to the mussels themselves) but boy was it good. Additionally, the mussels were well-cleaned (i.e. no grit; nothing ruins a meal for me quicker than grit of any kind) and the bread was nicely grilled and perfect dipped in the broth.

Philip decided on the tagliatelle pasta with grilled chicken, shrimp, Andouille sausage, caramelized onions, and peppers in a cream sauce. It was a very large portion (he brought half home). The pasta was well cooked, as were the chicken and shrimp. The sausage was very spicy and added a lot of flavor to the dish (even Philip, who is pretty immune to a lot of things that I find unbearably hot, said it was “lighting him up”). I tasted the pasta with a little bit of the shrimp; the cream sauce was light, a little garlicky, and delicious. He also had a Caesar salad, which was very fresh, with a slightly spicy and very garlicky creamy dressing and housemade croutons.

Just a note…there are a lot of steaks on the menu. While we obviously didn’t order them, we saw a few go by while we were eating. They smelled absolutely fantastic. It doesn’t seem like there are a lot of upscale restaurants that specialize in steak anymore, so it’s nice to see that they do.

When it came time for dessert, we had a bit of a dilemma. We always share a dessert, but Philip is pretty much a crème brûlée addict and essentially unable to order anything else if it’s on the menu. I, however, really wanted to try the beignets (French doughnuts) after seeing a friend eat them the last time we were there. So…we decided to live dangerously and order both (I know. Who ARE we?). The crème brûlée was tasty but not the best we’ve had (I like for the custard to be super-cold and this was maybe a slight bit warmer than I prefer, so not as thick as it could have been) but gah, those beignets! They were served with powdered sugar (of course!) and mocha creme. They were still hot, they were a little yeasty, and they were just amazing. And we didn’t have to pay for them! Abby gave them to us as an anniversary gift (thanks Abby!)!

The best part was that by the time we were finished with our dinner, the storm (which came hard and heavy while we were eating and threatened to knock out the power a few times) had blown over. Our total was about $61 pre-tip. The service was very good and the food was delicious…and Philip even got lunch for the next day.

We would definitely recommend Hennen’s!

Hennen’s is located at 193 Chestnut Street, Chattanooga, TN 37402. You can call them at 423-634-5160 and you can also visit their website, hennens.net, to make reservations. You can also like Hennen’s on Facebook. 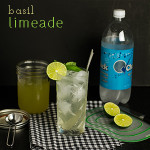 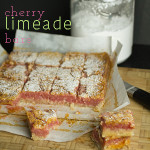