Zarzour’s Café is a Chattanooga classic. It’s been around since 1918 and serves delicious burgers plus meat and three and desserts!

I have been meaning to go to Zarzour’s Café since I wrote my first burger list in 2013 and a commenter declared my list invalid since I had not tried Zarzour’s, which is the oldest restaurant in Chattanooga, having opened in 1918. The problem is, they are not open on the weekend and they are only open 11-3 on weekdays. Plus, I wasn’t sure if they took credit cards (they do not) and I never have cash so I knew that visiting would take some planning ahead so I wouldn’t get caught without a way to pay. Since I’m off from work right now (woohoo summer break!) this gave me the perfect opportunity to plan ahead. We grabbed some cash and headed downtown.

We got there around 12:45 or 1 and were able to easily find parking on the street (there is a small lot next to the restaurant as well). The place is small (and smells like burgers-that is, glorious-and it was fairly crowded but there were still several tables open. We seated ourselves and perused the menu that was on the table, even though we really didn’t need to. There are a handful of items that are on the menu all the time-burgers and fries and a couple of salads-plus rotating daily specials and desserts. The specials come with two vegetables and tea or you can add a soda for an additional charge.

A server took our drink order then when she returned with our waters she took our order-two cheeseburgers, one all the way and one with no onions, plus fries. A lady (who turned out to be the owner, Shannon) was manning the flat-top griddle and the fryer behind the counter while joking around with customers and dropping a few curse words (so beware-and maybe sit in the back room-if you have ears that are sensitive to that sort of thing…I do not), and it appeared that the two servers were getting the other items from a stove in a small room in the back. Most of the people that came in while we were there ordered burgers but a few did get specials. There were several people that left while we were there who were obviously regulars and were on a first name basis with the staff. I also saw a server helping a man with a cane carry an order to his car. That’s service, guys.

Our orders came out fairly quickly, especially considering that one person was preparing all the burgers and fries. I’ll get the fries out of the way first…they were standard frozen crinkle-cut fries. Pretty good but nothing special as fries go. It doesn’t matter, though, because it’s all about the burger here. One bite and I was hooked….the meat had that crispy quality to it from being browned on the griddle, but the inside was juicy and the whole thing was perfectly seasoned…I’ll give the meat a 4 since it was cooked perfectly but I assume that it is just regular, nothing special about it ground beef. The bread gets a 5…it was a Niedlov’s bun and GAH. It was cooked to a perfect crisp on the flat-top. Toppings are a 3.5 …just the right amount of condiments (mayonnaise and mustard) so it was not dripping and the pickles, lettuce, and tomato were fine. Cheese also a 4-American cheese is just the best for melting but others contribute more to the flavor. As for structural integrity, I’ve got to give it a 5…it was darn greasy but it held together perfectly all the way to the last bite. Size is also a 5…it was not huge and I didn’t feel stuffed after eating it but I was not hungry for several hours after. Overall, this burger gets a 4.4. I feel like it needs a bonus, though, and I’m going to hold onto that for later because this burger was just so darn good (and that crispy bread tho!) that even though a lot of its components were nothing special everything together just worked so perfectly.

So I can’t tell you much about Zarzour’s other than that it’s a popular place with a salty-mouthed owner manning the griddle (which I found hilarious). And it serves amazing burgers.

I’ll have to go back to try out the specials and the desserts because those desserts sounded pretty delicious. But I know that restaurants don’t stick around for nearly 100 years if they aren’t fantastic, so they are definitely doing something right. By the way, our total was $18 even pre-tip (you put your tip in a jar on the counter). So go there! 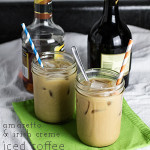 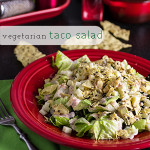