Vietnamese Bistro is a tiny and quaint Vietnamese restaurant in Dayton, Tennessee with delicious food and friendly service.

Vietnamese food is not exactly easy to come by in this area, and I’m not going to lie….the first time that I noticed a “Vietnamese Bistro” in Dayton, I was a little suspicious. Dayton is pretty much a hole in the wall sort of city, a “don’t blink or you’ll miss it” sort of place (just like my hometown of Soddy-Daisy, so I’m really not making fun) and I just had to wonder how well they could really do Vietnamese food. Which was a dumb thing to wonder because of course Vietnamese people know how to make Vietnamese food, and several months back I got an email from a reader who was raving about the Vietnamese Bistro in Dayton, telling me that it was better than Old Saigon. Well, ma’am, you have my attention, because I freaking love Old Saigon, so….

Somehow it still took us a while to get down there. I don’t really know why. I guess it’s because there’s really not a lot to do in Dayton, so the typical Saturday doesn’t really see us driving thirty minutes just to eat Vietnamese food. This week, though, I was off on Friday so we’d gotten our typical running around out of the way. We stopped at the antiques store in Sale Creek for a fruitless Fiesta ware search (lots of pieces but not a single one in a color that I want) then headed down to the Bistro.

There were a couple of tables occupied in the tiny restaurant, which was truly a blink and you’ll miss it sort of place; in fact, I had to point out the Philip exactly where it was in the former Wal-Mart complex as we drove by to park. There were probably not more than ten tables. A friendly young man told us to sit wherever we wanted then brought us menus and took our drink orders. The place is definitely about food, not atmosphere….several large photographs of Vietnamese scenes on the wall and photos of menu items under the glass on the tables is pretty much all the decoration you’ll find. I didn’t go there for atmosphere, though, so no big.

The menu is large and a little confusing to read; I actually found the to-go menu a little easier to follow for whatever reason. The regular menu begins with vegetarian selections then moves into the regular (carnivorous) selections. We decided on a couple of appetizers: 2 pork & shrimp spring rolls for $3.50 and an order of fish ball dumplings (which I never would have ordered on my own but Philip wanted to try them) for $1.99. The appetizers came out quickly, the dumplings on a skewer and drizzled with sriracha and some other sauce (hoisin, perhaps?). They tasted like…fish. The texture wasn’t weird and the flavor was fine, but I don’t know that I would order them again. But that’s just me. The spring rolls were amazing, stuffed with shrimps, a thin slice of pork, rice noodles, lettuce, and mint leaves. The mint really set off the flavor. I’ve got to make these things at home. I’m not positive what the sauce was….I want to say that the menu said it was ginger sauce, and it had fried shallots and some chili oil in it as well. It was pretty tasty and just a little spicy.

I pretty much knew before I went here that I wanted to order the phở bò (beef rice noodle soup), which is the Vietnamese national dish (by the way, that is pronounced fuh bah). I waffled briefly, though, when I saw a rice noodle salad on the menu…but in the end the regular-sized bowl of phở bò ($6.99) won out (by the way, chicken phở is called phở gà). What came to me was a gigantic bowl of broth, strips of beef, meatballs, rice noodles, onions, scallions, and cilantro, with a side dish of bean sprouts, basil, and lime, and bottles of sriracha and hoisin. I pulled the cilantro off the sprigs and dropped it in, tore up several basil leaves and dropped them in, put in a couple of handfuls of bean sprouts, and doused it with a little sriracha. This stuff was not easy to eat, because (a) it was so hot! and (b) how do you eat the noodles? Fork? Spoon? I ended up doing both, and once the soup cooled down enough I pretty much put my face in the bowl and shoveled it in (as evidenced by the photo below). The meatballs had some oddly textured little pieces in them but tasted good; the strips of beef were perfectly textured and delicious, and the broth was flavorful and perfectly seasoned. I would order this again…and again….and again.

Philip got much deeper into the entrée portion of the menu than I did, eventually settling on the thit kho (which I believe was pronounced “teet kuh”-no comments from the peanut gallery, please!) for $7.99, which was described as caramelized pork in condensed fish sauce (most of the descriptions that I found online called it caramelized pork belly, which this was not). All of the plates were served with either steamed rice or a choice of rice or egg noodles. Philip asked our server what he would recommend and he said that he usually eats it with steamed rice, so that’s what Philip ordered. It came with cucumbers (which Philip gave to me), bean sprouts, and shredded carrots on the side and a little bowl of spicy dipping sauce. It was thinly sliced, braised pork that was then caramelized and sauced with, well, a condensed fish sauce. Fish sauce is interesting stuff, very salty and stinky but delicious. The meat was indeed pretty salty and definitely had that fish sauce flavor but was tender and delicious. The rice was pretty plain (which is how Philip likes it) and the sauce on the side was spicy but not overwhelming.

A little piece of paper under the glass on the table said “desserts available, please ask your server” so we did. If there was anything disappointing about this restaurant, the dessert menu was it. I was hoping for a dessert menu like that at Old Saigon, which includes fried bananas, rice pudding, and mango sticky rice. Our server told us that sometimes they have two or three items available, but all they had that day were mung bean wontons. At $0.50 each, it was hard to pass up at least trying them, so we each ordered one. They were filled with a creamy batter made from mung bean puree and fried crisp. I was a little concerned about how the beany batter would taste, but I needn’t have been. It was just a sweet, custardy, vanilla-y paste in a perfectly crispy fried wonton. Pretty tasty and a nice sweet end to the meal.

Our total was about $24 before tip. Like I said, the atmosphere is lacking, but who cares? The food was fresh and delicious. They’ve been there for about five years and to last that long in a small town like Dayton speaks volumes about the quality.

I highly recommend that you check out Vietnamese Bistro!

Vietnamese Bistro is located at 200 Able Drive, Suite 11, Dayton, TN 37321. You can call them at 423-570-0100 or 423-285-7106. They are open 11 a.m. to 9 p.m. Monday-Saturday. Since they are located in a larger shopping complex, there are curb cuts that allow for wheelchair accessibility, but the very cramped quarters would keep this from being an easy/comfortable place for a diner who uses a wheelchair. 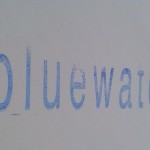 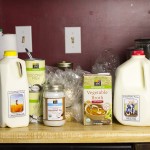 Pay the Farmer (or Grocer) or Pay the Doctor