Universal Joint Chattanooga is a burger joint located in an old service station near the Hamilton County Courthouse in Downtown Chattanooga.
I don’t remember exactly when it was, but I remember being pretty excited when I heard that the old Pure station on Georgia Avenue was being converted to a burger joint. You know me and burgers…we’re tight. I looked up the company-Universal Joint-and found that they are a small chain, small enough to “qualify” for Chattavore status (I’ll only review very small and regionally specific chains).

For months I drove by the location of Universal Joint Chattanooga every single day on my way to and from work, watching the progress on the outside of the building and wondering when they would open. That day came Thursday and Philip suggested that we attempt to go there this weekend, so we decided to drive by to see how busy they were and make a decision (cause you know we aren’t into playing the waiting game). It was crowded but not packed out, so we parked and walked there, leaving our umbrella in the car (which turned out to be a mistake because the sky opened up and it poured down rain while we were eating, which is why the photos are kind of dark….).

They did not have a hostess doing “seating duty”, which I imagine was due to the fact that there were plenty of tables available both inside and out. Happily, they had a blackboard at the door telling patrons to seat themselves. I really, really wish that all hostess-less restaurants would do this-way to go, UJ. There is lots of outdoor seating-both covered and uncovered-but with the threat of rain we decided it was a better idea to go inside. We chose a seat near the window and were quickly greeted by two different servers, including Sierra, who ended up being our server. She quickly brought out our waters and left us to peruse the menu for a few minutes.

Philip was instantly drawn to the Sunset Dip (smoked tomatillo cheese dip) on the “bar snacks” portion of the menu, which also included edamame with soy-ginger sauce (an unusual offering) and BBQ brisket nachos. There’s also a “group snacks” section that includes loaded fries, spicy egg rolls, sliders, hummus, pimento cheese, and wings. I don’t really get the distinction between “bar snacks” and “group snacks” but I don’t guess it really matters. Anyway, we ordered some of the cheese dip at the same time that we ordered our burgers. We really, really liked the dip. It was a fairly standard cheese dip but had the dang of tomatillo (and we are tomatillo fanatics) and a little bit of spice, which I noticed but Philip didn’t, but his spice radar is much less sensitive than mine. It was not overly spicy…it just had a nice little bite. The chips were not hot, but they were crispy and tasted good. I would definitely order this again.

Now, the menu includes salads, non-burger sandwiches, chicken fingers, and tacos, but come on…this is a burger joint and burgers are obligatory, at least on the first visit. After contemplating the Smokehouse Bacon burger (with bacon, cheddar, Swiss, fried onions, and barbecue sauce) and the Old 1-2 (with “million island”, chopped lettuce & onion, sliced tomato, and American cheese) I settled on the Steinbeck’s Burger (with pimento cheese, bacon, jalapeños, and ranch) with fries. I did ask for the jalapeños on the side…I try not to alter the dish from the creator’s original intention, but I also try not to ruin a dish for myself by ordering something that might be so spicy that I can’t enjoy it (I had a bad curry experience at a favorite restaurant once and it was pretty upsetting that I could barely eat a quarter of my meal). The jalapeños turned out to be pickled anyway, so I didn’t eat them…I just don’t really care for pickled jalapeños much. The burger was good, nice and thick with a good grilled flavor and cooked well. I really liked the pimento cheese, which clearly contained shreds of cheese and which I sampled with my fork before eating the burger. I would eat the pimento cheese by itself, which is indeed a compliment, Universal Joint. I love pimento cheese. The bun was good but not really anything special, which is about where the fries are…I’m pretty sure they were frozen.

Philip got a regular cheeseburger with cheddar and he ordered tots with his burger. He felt about the same way about his burger that I did…it was well-cooked with a good flavor and it had a nice slice of cheddar melted on top (extra points for melting the cheese…not everyone does that, oddly). The tater tots were standard, obviously frozen…but then again, ordering tater tots is like ordering fried okra…chances are it’s going to be frozen. Does anyone know a restaurant that makes their own tots? I want to go there.

The verdict? Good, not great. No, they didn’t shove anyone out of the Top Five. My biggest problem was that our appetizer came out at the same time as our burgers (actually, right after)….and since the burgers took a little while, that meant that our chips and cheese dip came out like twenty minutes or so after we ordered them. I was a little irritated because the wait for the burgers really wouldn’t have seemed that long if we’d had our appetizer; I had to keep reminding myself that they’ve only been open for three days. I’m sure they’ll get their speed of service issues taken care of. Another thing that we noticed was that it was loud in there…after all, it’s an old garage. They might want to consider some modifications to the acoustics in the building to make the noise level a little less overwhelming. Still, it’s a pretty cool atmosphere, the food was pretty good, and the staff was friendly. I am sure they’ll work out their kinks soon. By the way, our total (for 1 regular burger, 1 special burger, and an appetizer) was about $24 pre-tip.

If you’re looking for a burger in Downtown Chattanooga, Universal Joint Chattanooga is definitely a good option. 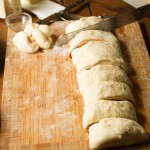 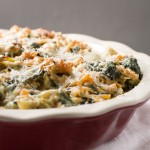