Typhoon of Tokyo is a popular quick-service Hibachi restaurant that’s been around in Red Bank, Tennessee for years. They’re known for their white sauce!

When Philip and I were first dating, he lived in an apartment off of Mountain Creek Road in Red Bank.  When I revealed to him that I had never seen the movie Monty Python and the Holy Grail, he was pretty much beside himself and insisted that we plan a date night in which we would get dinner from Typhoon of Tokyo, a restaurant of which I had never heard, and watch the movie, which, of course, he owned.  Naturally, I loved both immediately!    Once we got married, we actually lived in that same apartment complex for the first year.  I miss three things about apartment living: 1) no yardwork; 2) weekly trash pick-up that consisted of putting the trash outside the door of the apartment; 3) close proximity to Typhoon of Tokyo.

Sadly, for many years we rarely got to go there because they were a cash-only establishment, but a few years back they rocketed into the 20th century (not the 21st century, because everyone else was taking cards in the nineties) and were finally accepting credit and debit cards.  Now we can go there whenever we want!  Of course, now we have lots of other places to go, so we don’t get to go there super-often, but Typhoon of Tokyo is one of those places that I get a craving for on a pretty regular basis. I wrote about it very early in my blogging days (July 2011, to be exact) so I thought I’d update with some nicer pictures.

Typhoon closes briefly after the lunch rush, at 2:30 each afternoon, and reopens for dinner at 4 p.m. We went for a very early dinner at about 4:15 on a Saturday. It was early enough that there were not a lot of people, but it definitely wasn’t dead. Several tables were occupied and several people came in to pick up take-out orders while we were there.

When you walk in to Typhoon, there is a seating area the size of your average fast-food restaurant (the building used to be a Bojangle’s) and you walk up to the counter to order.  Once you have paid, the server (usually there is only one server, and somehow they manage to keep up with it all!) brings you your drink, a bowl of very simple chicken broth based soup, and a small bowl (or two if it’s dinner time) of white sauce for dipping your food. Their sauce is the best I’ve ever had, though mine is a pretty close second. We also ordered some spring rolls.  The soup is maybe a little bit too salty but still delicious. The spring rolls were okay, but not the best I’ve had. They were a little more doughy on the inside than we prefer.

For many years Philip and I both went with the small chicken dinner but on this visit I decided to order the teriyaki chicken, which only comes in one size. It’s a huge portion of fried rice served alongside chunks of dark meat chicken, zucchini, onions, and a little bit of broccoli. They used to serve mushrooms in their vegetable mix but there were none today, so I don’t know if they have stopped serving mushrooms or if perhaps they were just out. The fried rice here is always good and the white sauce makes it even better! I honestly couldn’t tell the difference between the regular chicken dinner and the teriyaki chicken. It’s lightly sauced with a slightly sweet soy sauce based glaze, and it’s delicious.

The teriyaki chicken dinner, the steak dinner, and two spring rolls (and two waters) was $15.59 pre-tip.  The menu items all fall into this price range (I think the actual price on the small chicken dinner is $6.25) with the larger meals costing a dollar or two more.  It’s tasty, quick, and consistent-the chicken dinner is exactly the same now as it was in 1999 when I first started eating there.

Typhoon of Tokyo is a great quick dinner and also a great take-out option.  I highly recommend it! 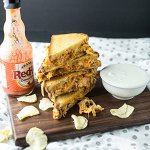 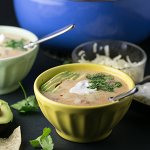