This traditional Bakewell tart is deliciously British, with a buttery pastry crust filled with frangipane and, for a twist, four-fruit jam.

For those of you locals, Bakewell tart did not originate in Bakewell, TN, the pseudo-city to the north of my native Soddy-Daisy (no offense to anyone who lives there…they don’t have a post office anymore so it’s no longer considered a city…but to all of us who have been here for years, that little piece of land between Soddy-Daisy and Sale Creek will always be Bakewell). That would be a fun story to tell, but I am guessing that most of the tiny population of that town have never heard of it.

The truth is, I’d never heard of it until summer of 2011, when Chattavore was just in its infancy (I was still doing my photography with a crappy slide phone and a point & shoot camera that I had no clue about). Philip and I visited Disney World to celebrate our ten-year wedding anniversary (I know, that seems like an odd place to celebrate an anniversary sans children, but we got a fantastic deal). While there, we dined at the Rose & Crown Pub at Epcot, where our dessert choices included traditional Bakewell tart and sticky toffee pudding (a recipe that I will be revamping and rephotographing soon). At the urging of our server, I chose sticky toffee pudding (a decision I did not regret) but my curiosity was piqued about the tart.

Bakewell tart originated in a small town in Derbyshire, England named-you guessed it-Bakewell. It’s basically a buttery pastry crust spread with jam (traditionally raspberry) then filled with frangipane, which is made with ground almonds and butter (among other things). If you love pastry, jam (because let’s be real, you can use whatever flavor you like), and almonds, you’re in luck with this traditional Bakewell tart. This tart is just amazing, sweet but not overpowering, creamy and just a little fruity, and the crust is delicious. The first time I made it, I used a Pyrex pie dish, which worked just fine, because the tart pan I had was 11″ (9″ is standard), so I bought this America’s Test Kitchen recommended tart pan and set to work. I like Bonne Maman‘s Four-Fruit Preserves, which contains raspberries, strawberries, cherries, and red currants.

If you love all things British – or all things almond, fruity, or pastry – try this traditional Bakewell tart.

This recipe is adapted from Smitten Kitchen .

The prep time includes time to make and chill the filling and the crust. 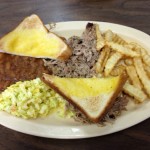 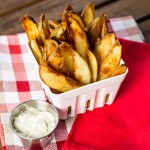