The Bitter Alibi opened just over a year ago and a lot has happened in a year! They’ve grown like a weed, expanding their space and adding brunch to their food offerings. I’ve got the lowdown for you!

First of all, let me say happy (belated) birthday to The Bitter Alibi. I’m sorry to be tardy to the party…I saw the post on Facebook and just forgot to say anything. You’ll forgive me, won’t you Bitter Alibi? On July 3, this hip downtown Chattanooga (former) hole in the wall turned one. They had a whole lot more than a year of serving up pints to celebrate, though.

When we visited The Bitter Alibi last July, shortly after their opening, they were located in the basement of their building and who knew what would be joining them in the upstairs space, formerly Joe Friday’s (a coffee shop that closed before I got the chance to visit). Turns out that they would be taking over that space as well, expanding from a nighttime-only bar with a little food operation (when we visited there was a guy making sandwiches in a small spot behind the bar) with a number of employees that you could count on one hand and have some fingers left over to a brunch and dinner spot complete with a full kitchen, a coffee bar and fifteen employees. Not bad for a place that a couple of guys (Matt Skudlarek, who formerly owned Pasha Coffee and Tea, and Jason Bowers) that just thought, “What if” they opened a bar in a spot they used to visit (Philip suggested getting a picture of me with Matt under the sign).

Anyway, they’ve been posting an awful lot of tempting photos of their brunch offerings on their Facebook and Instagram pages and I knew I had to get there ASAP. We decided to head over on Friday in the early afternoon. We found a metered spot on Houston Street (and discovered the meter was out of order only after we’d fed it two quarters) and headed in. The brunch operation takes place on the first floor. There were quite a few people in there but still several tables open. Matt, who knows my husband and me by-proxy, greeted us and directed us to a table , brought us waters, then took our drink orders.

Philip decided to order a Hutton & Smith vanilla stout (Hutton & Smith is a new local brewery…they opened just weeks ago and are located right down the street from The Bitter Alibi on East MLK). He thoroughly enjoyed the beer but found it a little difficult to try to take notes for writing a review while also eating lunch, so you’ll have to go and try it for yourself. I would normally just stick with water, but they were serving up Velo Coffee and it’s been toooooo long, so I decided to get an iced latte. When my latte was delivered to the table, the barista (Bradley-I believe that was his name) told me that it was made with Boneshaker espresso and that they use a smaller amount of coffee and pull it after 40 or so seconds instead of the usual 20-something (can you tell I am not familiar with the process by which espresso is brewed), contributing to a different flavor. It was perfect….I drink coffee without sugar these days and it really allows me to taste all the nuances, though unlike Philip I am not good at picking out exactly what all those nuances are.

The menu is small but varied, with traditional brunch items like French toast (tiramisu French toast, to be more precise-aptly named “The Cheat Day”-hand me my fat pants, please!) and hash, a breakfast burrito, and a kale salad as well as sandwiches-called handhelds (they’ve added a burger to the lineup). I considered ordering the Seoul Train: red potato hash, Korean pork, soft boiled egg, spinach, and sambal. However, after Matt mentioned that he would recommend The Arnold, which was the other item I had been considering, I was sold. The Arnold consisted of two slices of sourdough toast, each topped with an over-easy egg, maple espresso bacon, and a slice of flat-top griddled tomato. Avocado cream was dolloped on the side. Are you kidding. This was brunch heaven on a plate. I am now tempted to start making this at home every day of the week. The eggs were perfectly cooked…there is no bliss like a gloriously runny yolk, in my opinion. The bacon was not overwhelmingly flavored but had a nice hint of espresso and bacon blending with its salty, chewy crispness. The Niedlov’s sourdough had a great sourdough bite and the tomato was wonderfully ripe and completed the stack. The avocado cream was just the right finishing touch, with just a bit of creamy tartness to drag the toast through, blending beautifully with the runny yolks.

Philip scarcely glanced at the menu before he decided what he would be ordering: The Cumberbatch, a cheesy biscuit topped with (and essentially swimming in) chorizo gravy with cheddar and an over-easy egg. Pretty much anytime Philip encounters chorizo on a menu, he is rendered unable to order something else. It didn’t hurt that Matt mentioned that it was one of his favorite menu items as well. One bite and Philip was in love. This basically a bowl of gravy made with house chorizo, with a big ol’ cheddar biscuit plunked in the middle and a runny yolked egg on top, and who can argue with that. The gravy was creamy and just a little spicy but not mouth-searingly spicy. It wasn’t greasy at all, and grease can definitely be a big issue with chorizo-based dishes. And, of course, that runny yolk poured down over everything and completed the dish just like peanut butter completes jelly.

I am fairly certain that I could have ordered anything on the menu and I would have been happy, but I was so pleased with my choice to get The Arnold and Philip was definitely satisfied with The Cumberbatch. The total, pre-tip, was around $29, which included Philip’s beer ($5) and my iced latte ($4). Perhaps not the least expensive breakfast/brunch/lunch in town, but when I consider that it’s a small, local business supporting other small, local businesses (they try to source locally whenever possible), I’m okay with it. Besides that, the service at The Bitter Alibi was stellar and the food was impeccable. This was upscale quality food in the most unpretentious environment possible. Plus, Matt and Jason are just super nice guys! 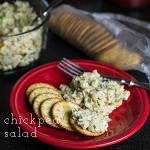 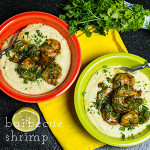