Thatcher’s BBQ in Ringgold, GA, is serving up delicious smoked meats in all of your favorite BBQ restaurant standards and a few unexpected favorites!

As the sun glinted in through the glass door, I wondered if we should move or maybe I should put on my sunglasses. Squinting at my menu, I decided against it, seeing as the tiny dining room at Thatcher’s BBQ was pretty much jam-packed at 4:00 in the afternoon. Only one other small (4-seater) table was available, so I decided that the sun would move soon. We stayed where we were.

I didn’t catch our server’s name, and since it’s been a couple of months since I wrote a restaurant post, I forgot to ask. She got our waters to us quickly, keeping our styrofoam cups full to the brim the whole time we were there and offering us to-go lids as we paid our tab. She gave us a few minutes to peruse the menu, which I’d already been stalking online. I was pretty sure I knew what I wanted, until I wasn’t.

When a reader (aka superfan: Hi Michelle!) suggested Thatcher’s a few months back, I made a mental note to get there eventually. I didn’t check out the menu immediately, but if I had I probably would have gone there, well, right away. Barbecue restaurants around here have pretty standard offerings: sandwiches, plates, perhaps stuffed potatoes. Thatcher’s BBQ has all of that, but they have some pretty non-standard options too.

A glance at the menu online revealed several salads, and not just some iceberg lettuce with a drizzle of dressing and a little smoked meat on the side…the salads here will make you want to eat your veggies. They have all the standard sandwiches, of course, but lots of others, too: burgers, fried chicken sandwiches, a smoked bologna sandwich. They also have handful of creatively topped hot dogs.

My eyes were drawn, however, to the shovels and buckets. Not literal shovels and buckets, mind you – at Thatcher’s BBQ, a shovel is a pile of white corn tortilla chips topped with your choice of meat, melted cheddar, and other toppings, depending on the type of “shovel” that you get (I was eying the BBQ Oink Shovel, with smoked pork, baked beans, BBQ sauce, and coleslaw). A bucket is basically the same thing, except with tots instead of tortilla chips.

For those of you who, like me, are dying to see these dishes, well…sorry to disappoint you. After Philip decided to get something with pulled pork on it, I decided to go for a different meat, because, well, the meat is the most important part of a BBQ restaurant. I decided on the Brick House Spud, with shredded smoked brisket, cheddar cheese, butter, BBQ sauce, and sour cream. Um, not a mistake. The spud was gigantic and loaded up with toppings, including some of the best brisket I’ve ever eaten. Dang, that stuff was tender, and SO flavorful.

Muttering about how he was probably going to live to regret it, Philip settled on the Ole Hickory Cheeseburger, with a 5 ounce hamburger patty (it’s also available in a half pound), smoked pork, melted cheddar cheese sauce, and BBQ sauce. Meat and cheese heaven on a bun, y’all. It was super flavorful and not overloaded with toppings, so I don’t think that he lived to regret it, though he didn’t finish the whole thing. He did mention that he would have preferred it with just regular cheese instead of cheese sauce, as the cheese sauce made it a little more “goopy”.

Now, great fried okra is like my BBQ restaurant white whale…every BBQ restaurant serves fried okra, but I’ve yet to find one that was up to my standards. I had to try to fried okra, as I’d seen lots of raves about it on Yelp, but found that it was the same thickly coated frozen fried okra that I find at pretty much every other BBQ restaurant. If you guys know of a BBQ restaurant that is serving hand-breaded okra, please let me know! They are, however, making their own (delicious) BBQ sauce, which, when that is inexplicably rare among BBQ restaurants, totally redeems them for the frozen okra.

I’m glad I found Thatcher’s BBQ (thanks again, Michelle), because I will definitely go back. It’s a little bit of a drive since we don’t live anywhere near North Georgia, but it’s not too far from the shop so it’s feasible for takeout on an evening I’m working or if I meet Philip after a morning shift. Reasonable prices, great food, and a friendly staff make it worth a visit.

Thatcher’s BBQ is located at 2929 US-41, Ringgold, GA, 30736. They are open Tuesday – Saturday, 11 a.m. to 9 p.m. You can call them at 706-935-6465. For more information, you can check out their website, thatchersbbq.com/location/ringgold/ (by the way, there are other locations: Chickamauga, Trenton, and Calhoun. I will probably try the Chickamauga location next time). You can also find Thatcher’s BBQ on Facebook and on Instagram. 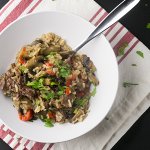 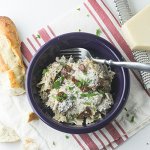