Our dinner out plans got messed up last weekend. We had planned to go back to Bones Smokehouse, since they just recently reopened in a new location after a long vacation. However, the Tennesee-Alabama game was starting right around the time that we would be arriving, so we decided to go somewhere where there would be a little less raucous football-watching.

We ended up at Teriyaki House on Ringgold Road in East Ridge. It’s been on my list forever, but we so rarely go to East Ridge that it never really lands on our radar. When I started trying to think of restaurants that would not be full of football fans, Teriyaki House came to mind. We arrived at around 4 p.m., and while there was a television showing the game, there were no fans watching, unless you count the two employees who were rolling silverware. There was only one other table occupied (though a few other people did come in while we were there and several came in to order or pick up takeout.

We have eaten at Teriyaki House before, though it has been a very long time – long before the Chattavore days. When I worked in Brainerd I liked to get takeout from there from time to time because it is very similar to Typhoon of Tokyo – so similar that I think that they must be connected in some way. Unlike Typhoon, where you order at the counter, you are seated at the table at Teriyaki House and the server takes your order.

I decided to go classic and order the chicken and steak combo. Since I went with a “large” plate, it was served with fried rice, zucchini, mushrooms, onions, and broccoli, as well as two (TWO!) little bowls of white sauce. The “regular” plate is not served with broccoli – and only a few options are available in both regular and large (mine was only available in large). This is your classic quick service hibachi style chicken – no frills, just chunks of chicken and steak browned and tossed in a light brown sauce, fried rice, and vegetables. The rice was not quite as good as Typhoon of Tokyo, but it was still pretty good. The sauce was delicious, the vegetables cooked well, and the chicken tender. The steak was tasty but cooked just slightly past the doneness that I prefer.

Philip decided to go with the garlic steak. We were a little concerned when we could smell the garlic cooking from where we were sitting (far from the kitchen!) that it would be too garlicky. It was indeed very garlicky, but not in an overwhelming way – just in a flavorful way. His plate was identical to mine otherwise. The steak was delicious and his was a little more tender than mine.

The total for our meal (steak & chicken combo, garlic steak, and two waters) was $18.68 – definitely an affordable dinner. Our server was very friendly and attentive, though sadly, I did not get her name (this was the second week in a row!). The restaurant is clean, and while not really super-modern in their decor, it’s not your standard outdated Asian restaurant decor either. By the way, the building quite obviously used to be a Pizza Hut (prior to that, it was located in a former Kay’s Kastle, complete with the giant ice cream cone outside – and, to top it off, they actually do have several ice cream desserts on their menu).

Teriyaki House is a great place for a quick, tasty, and not too pricey meal in East Ridge. 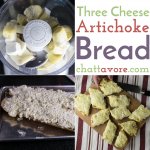 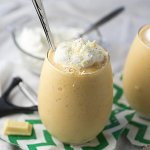