Unless you’re eating off the dollar menu, you can save a ton of money by cooking for yourself. Here are ten foods that are cheaper to make at home.

I’m not telling anyone anything you don’t already know here. A lot of restaurants try to tell you that if you come in and eat off of their special menus that you can eat in their restaurant cheaper than you can eat at home. Now, I’ve ordered quite a few value-sized fries and junior bacon cheeseburgers off of Wendy’s value menu in my lifetime, but unless you are ordering off of the dollar menu, it’s not cheaper to eat out than to make food at home. Here are some of my favorite examples of foods that are cheaper to make at home (in no particular order)

1. Coffee
I have a Starbuck’s gift card in my wallet that’s been sitting there since November. I don’t really have anything against Starbucks, but it’s pretty darn expensive – even for just plain old coffee. I’d rather make a huge cup at home for pennies than wait in a long line to pay for a small cup.

2. Cupcakes
Gigi’s closed a while back, and I won’t lie…I didn’t cry. I bought cupcakes there once and I didn’t hate them, but they were so expensive and, as I mentioned in this list, I just thought that the icing to cake ratio was way too high. Obviously, baking your own cupcakes takes a lot more time than dropping by a bakery, but even if you make your cupcakes from scratch (because yes, cupcakes from a mix are cheaper than making them from scratch), you get 24 cupcakes for, in most cases, less than $10. And you control your icing ratio. WINNING.

3. Salad
I saw a meme the other day that said something along the lines of “Don’t talk to me about obesity unless you can explain why a burger is $1 and a salad is $7.” Touché. It’s true, it’s true. Even a fast food salad is expensive…Philip and I went to a fast food restaurant for dinner a while back and I thought that I’d get a salad to take for lunch the next day. Until I saw how much the salads cost. Um, no thanks. I’m sure I ended up eating cheese, crackers, and pickles for lunch. For the cost of one of those fast food salads, you could buy a package of romaine hearts and some tomatoes, whisk together a quick vinaigrette, add some toppings, and have salad for a week.

4. Burgers
So, sure…I mentioned the Wendy’s junior bacon cheeseburger, which is no longer $1 but is less than $2. And you probably won’t make burgers for a family for four for under $8. But let’s be honest: that junior bacon cheeseburger doesn’t last that long. I like my burgers simply topped – cheese, caramelized onions, and a quick sauce of things I have in my fridge – and I could definitely buy an onion, a pack of ground chuck, and some buns for under $10. I always have cheese and mayo, ketchup, and pickles (for saucifying) in my fridge, so this is a no-brainer.

5. Fries
A 5-pound bag of potatoes is $4.00. Salt is less than a penny per teaspoon and few teaspoons of oil aren’t much more. And you don’t have to leave the house (which means you don’t have to change out of your pjs) to make my baked fries. The choice is obvious.

6. Ice Cream
Okay, let me clarify here. Ice cream actually can be pretty pricey to make (though I love to experiment with new ice cream flavors from time to time). However, it is way cheaper to buy ice cream at the grocery store than it is to buy it at an ice cream shop. Since it’s just me and Philip, though, a lot of times I can make the excuse that it just makes more sense to buy a single serving at an ice cream shop than to have ice cream in the freezer that’s either going to go uneaten or is going to tempt me with its evil deliciousness night after night.

7. Fruit
Okay, so we don’t “make” fruit, but much like salads, fruit is a great example of how we get ripped off in order to eat healthier items in restaurants. The upcharge on fruit is outrageous. Buy your own and cut it up yourself, or buy fruit that doesn’t require cutting – apples, bananas, oranges, pears.

8. Lunchables
No, you don’t get Lunchables in restaurants…but think about those little trays that you can pick up in the lunch meat section of the store. They are super convenient, and yes, they are fun for kids. But they’re kind of pricey, when you consider the cost of buying a box of crackers, a package of lunch meat, some cheese, some fruit, and maybe even some cookies (though you guys know I’d make my own) and packing them into a fun lunch box (like these Easy Lunchboxes, which are my personal favorite and fit perfectly into my lunch bag). (◀️Those are affiliate links)

9. Breakfast Sandwiches
Whether you like your breakfast sandwich on a biscuit, an English muffin, a croissant, bread, or a tortilla, it’s hard to argue that assembling your own with bacon, sausage, or ham, eggs, and cheese at home is a lot cheaper than the drive-thru. They’re super-convenient to freeze, too.

10. Alcoholic Beverages
No matter what your drink of choice is, alcohol is consistently less expensive to consume at home. Beer, wine, mixed drinks…you’ll save a ton of cash if you buy it at the store and mix it or pour it yourself. The upcharge on alcohol might be the most outrageous of all – Philip once paid $10 (he forgot to ask the price) for a pint of beer at a restaurant then bought the same beer in a 12-ounce bottle at a store for around $3…and these days, mixed drinks run around $8-$9 each at a bar. Whoa.

Now, I’m not saying that you should never, ever go out to eat. Dining out is fun, and it’s nice to have access to convenience when you need it. What I am saying, though, is that you aren’t saving money by dining out. If you make a few more things at home rather than buying them out, you’ll save a ton of cash! 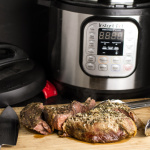 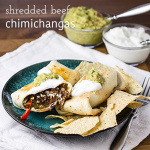