I am embarrassed that it took me as long as it did to get to Taconooga…it’s been around for a while, but that location doesn’t seem to be the best (which makes no sense, given how many people are always crawling the North Shore) so I guess I wanted to wait to make sure they were going to stick around! I’m glad that they did. Mexican food is one of my top “cravings” and, though we don’t eat it as much as we used to, I could probably eat it every night and not get tired of it. I was struck with a craving on Friday and decided that we needed to head to Taconooga this weekend, especially after commenters on my Facebook page raved about it.

This weekend was gorgeous, with nothing but blue skies and temperatures in the sixties. The North Shore was very busy (but then, when is it not?) and when we got to Taconooga around 2:00 it was packed out. No empty tables, though they quickly cleared a table that just had some supplies stacked on it so we could sit. Apparently we hit at the end of the lunch rush, because it wasn’t quite as busy when we left as it was when we arrived, but there were still a lot of people. We were given menus (the food menu, the drink list, and a weekend specials menu, which I wish I’d taken a photo of) and our server took our drink order.

After she brought our drinks it took her a few minutes to get back to us to take our order, for which she apologized, but the place was busy so we were really not upset! She was very friendly and I wish I’d thought to ask her name. After she took our order it only took a few minutes for her to bring out our food, which she told us was all made very fresh.

Perhaps the one downside to Taconooga is that the chips and salsa are not complimentary, but in my opinion it is mandatory to have tortilla chips with something in a Mexican restaurant so we were willing to pay. There are a lot of options: queso, freshly made guacamole (which is supposedly out of this world…we saw a couple order it and it was a huge bowl that looked delicious), choriqueso (queso with chorizo), and several others. We decided to just stick with the basics and get chips and salsa. You get to choose two of the three salsas: we chose the house salsa and the spicy chili salsa (the third was tomatillo). Both tasted very fresh. The spicy chili was not so spicy that I couldn’t eat it, but it definitely had a strong kick. The house salsa had some sort of herb or spice that I didn’t recognize that set it apart from others. The chips were thick, hot, and freshly fried. Perfect.

I decided to get the tacos al pastor and the pescado especial (fried tilapia tacos). The al pastor tacos had chunks of pineapple from the marinade, which I’ve never had in a taco al pastor before, but it definitely gave a tangy sweetness to the tacos. They had tons of cilantro, which in my opinion is always a good thing, and lots of red onion….which I would usually hate but for some reason I like raw onion on tacos. The pescado especial had a large piece of battered, fried fish on double corn tortillas and was topped with lettuce, mango salsa, and jicama for crunch. There was a side of a mayo-based sauce that I added to the fish taco. It was very fresh and the sauce, though I couldn’t place the flavors, was a great complement. There were large chunks of mango and jalapeño in the salsa, but it wasn’t overly spicy. I loved the addition of jicama.

Philip decided to get a chorizo (Mexican sausage) taco and a taco lengua (that’s right…tongue). Like my taco al pastor, both of his tacos were topped with ample amounts of cilantro and onions. He liked the chorizo and said that it was some of the best that he’d had-in competition with Taqueria Jalisco and Delia’s-not greasy, spicy but not too much so. The lengua was perfectly spiced, falling apart, shredded finely. I know the idea of tongue scares people, but it is really just like a very tasty pot roast. I PROMISE. I would tell you if it was bad! It was very tasty.

We ordered two sides: frijoles charros (pictured above with Philip’s tacos) and Mexican street corn (which you can order on the cob or loose…neither of us likes corn on the cob). The frijoles charros are pinto beans cooked with bacon, onions, and garlic. They were very smoky, tender, and flavorful….but if I had to choose one side to eat here for the rest of forever, it would be the Mexican street corn: yellow corn with queso fresco, spicy mayo sauce, and chili seasoning. There was just enough mayo sauce to make it a little creamy. The seasoning on top made it nice and smoky, and the queso fresco gave a salty bite. Everything we ordered was delicious, but the Mexican street corn was the highlight of the meal. By the way, the sides are big enough for two people, so next time we’ll probably just order one Mexican street corn and forego the beans.

Taconooga is definitely a contender for a spot among the best Mexican restaurants in Chattanooga.

The food is fresh and delicious and the staff is friendly and amazingly quick. It was a good value, too-a ton of food for just around $21 pre-tip. It’s great to see restaurants like this full to the brim with customers. I’ll be back as often as I can get back! 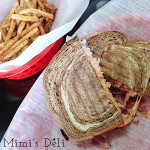 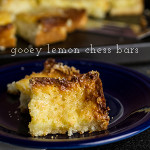