Taco Town in Hixson, Tennessee is definitely a “dive”, but it’s clean and friendly and the tacos that they serve are so good you really don’t care anyway.

Choosing a place to eat on Saturdays has become infinitely more complicated now that Philip is working on the weekends. He gets off at 2:30, sometimes a little later. By the time he gets home from his job in East Brainerd, we’re both pretty much ravenous (in fact, sometimes I have to break out a snack). If I don’t already have a place in mind, choosing a restaurant can be pretty stressful, and driving a long distance can cause extreme “hanger” (hunger + anger). Plus, it seems that lately every place I think of closes early on Saturdays. WHY????

Forgive me for my rabbit trail. Last week, Taco Town was on my short list, as was Bob’s Brick Oven (a pizza joint in North Georgia) and Ceniza (I will get to both of those places soon, I promise). We ended up deciding on Taco Town for no other reason than we were hungry and it was close. It was basically dead when we arrived at 4:00 p.m. We chose a seat by the window and were given menus to peruse. We both ordered waters and Philip also ordered a horchata (a spiced and sweetened rice milk drink) which was delicious and made in house, but I didn’t get a photo.

Chips and salsa were delivered to our table, as it should be in a Mexican restaurant. The chips were fresh, thin and crispy and the salsa a little chunkier than typical for a Mexican restaurant and just barely spicy. We also decided to spring for an order of queso. The queso was different than the thin, white cheese sauce with just a hint of pickled jalapeño that is typically served at Mexican restaurants. It had plenty of red and green peppers in it, so it was quite a bit spicier than the typical queso…and quite a bit more flavorful as well.

While the quesadillas, tortas, and other menu items all sounded delicious, the name of the place IS Taco Town so I felt that I had a duty to order tacos, and lot of them. After much deliberation I settled on carnitas (slow cooked shredded pork), barbacoa (slow cooked shredded beef), and al pastor (chunks of pork marinated in chilies, spices, and pineapple). Taco Town tacos are served street taco style, each in two soft flour tortillas with the meat and lots of chopped onion and cilantro – nothing else except a wedge of lime to squeeze over each taco. Somehow, even though I typically hate raw onion, I can eat it in street tacos without giving it a second though (until after we left and I realized that I was out of the mints that I usually carry). Both the carnitas and the barbacoa were unbelievably tender and well-seasoned. The al pastor was cooked perfectly and was very flavorful.

Philip was disappointed that lingua (beef tongue) tacos were not on the menu – he loves them. Don’t judge…as Andrew Zimmern once said on Bizarre Foods, tongue is like the best pot roast you’ve ever had. It’s super tender and beefy flavored. But I digress…we are not talking about tongue today. Philip ended up deciding on tacos as well and ordered one chicharron (fried pork skin), one with chicharron, chorizo, and asada (grilled steak) called campechanos, and one with just chorizo. He loved all three. He noted that the chorizo was not very greasy at all (sometimes they just drip with grease) but that it was not as spicy as the chorizo in some spots around town (he likes the spice). We were a little apprehensive about fried pork skins in tacos, since they tend to be crunchy and we wondered if that would make them difficult to eat. However, the pork skin was not crunchy, just cooked through and delicious. The carne asada was tender to the bite and flavorful.

Taco Town is a bit “dive-y” but not in an unclean or scary way. The staff was friendly (the male server who started us off seemed a little confused, but he was still nice and managed to deliver all the right items to our table). At $18.58 for a specialty drink ($2.00), queso dip $2.99), and 6 tacos ($1.99 each), the price was definitely on the money (ugh, sorry, that was a terrible pun). Since it’s not the closest, we probably won’t make a lot of trips to Taco Town, but we would definitely go back if we were in the area looking for some great tacos!

If you’re in Hixson and craving tacos, give Taco Town a try! 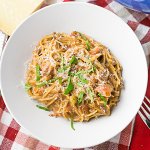 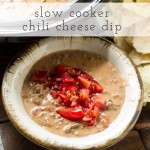