Sugar’s Ribs is a popular BBQ joint near I-75 on Chattanooga’s Missionary Ridge, and it’s easy to see why they’re still around.

So the week before last I totally got taken down with some sickness. Cold, flu, I don’t know…all i know is that I was pretty miserable for an entire week. It did not, however, affect my appetite. Saturday I was feeling mostly better (except I was so tired) and I was craving barbecue. Philip and I headed to the Missionary Ridge location of Sugar’s Ribs. I previously wrote about their downtown location, which has since closed, but had never been to this location.

Sugar’s Ribs is a spot where you walk up to order, they give you a number, and your food is delivered to your table. The atmosphere is very casual and laid-back with inside seating and patio seating…it wasn’t too chilly but since I still didn’t feel great we decided to sit inside (near a window, of course). Each table has a selection of sauces and our server, Lisa, brought us a couple more. It didn’t take too long (maybe about ten minutes) for our food to be delivered to our table.

I knew that I wanted pulled pork, but I couldn’t decide between the pulled pork sandwich and the pulled pork tacos. I asked the cashier for her recommendation and she told me that the tacos were her favorite, so that’s what I went for, with crispy potatoes on the side ($9.95 + $.75 for the potatoes, which are considered a special side). The tacos were served on flour tortillas with shredded cabbage, radishes, a little bit of crispy okra, crumbled queso fresco, lime crema, grilled sweet onions, roasted salsa, and cilantro. The smoky pork was amazing and the flavor combinations were perfect. The crispy potatoes are baked first, then chopped and fried until very crispy, sprinkled with a little bit of cheese. They were so crispy and well-seasoned, very delicious.

Philip decided to go for the smoked sausage plate with okra fries ($9.75 + $.75 for a special side). The plate also came with a cornbread muffin. The sausage is house-made and freshly smoked. It was a little crisp on the outside and it was very tasty, though it was not spiced like a traditional sausage (which I liked, because I don’t love sausage). The okra fries were very thinly sliced pieces of okra fried until crispy, like chips. They were crunchy and tasty (they also serve smoked okra, which is fantastic). The cornbread muffin was okay, pretty average. By the way, all of the sauces were tasty.

Lisa almost talked us into banana pudding, which is made from scratch, but I had just bought ice cream and decided that I better skip the banana pudding. Lisa was a fantastic server, keeping our drinks topped off and talking to us about the dishes and the restaurant. She told us that the owner is a fantastic guy and she loves working for him. He also owns the Boat House, Canyon Grille (which we’ll try one of these days), and a new restaurant being built on Hixson Pike. We loved the food and the service. Our only complaint was that because of the pay at the register set-up the cashier told us that if we wanted to leave a tip we would need to leave it on the table. These days we usually have a little cash, but I know a lot of people don’t carry cash and I would have hated if we hadn’t had money to leave a tip for Lisa!

If you’re looking for great BBQ in Chattanooga, give Sugar’s Ribs a try! 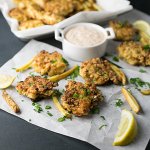 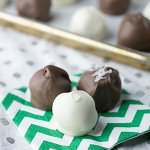