STIR Chattanooga is a fairly new restaurant located at the historic Chattanooga Choo Choo, specializing in unique cocktails (and ice!).

Last Saturday was my first official Chattavore dining experience since ending my restaurant fast a couple of weeks ago. I’m planning to start in the month of June alternating between blogging about new restaurants and doing return reviews of restaurants I’ve already written about. I also decided to get more reader input about what restaurants I try.

This past weekend I posed the question to my Facebook followers: should I try STIR Chattanooga, Two Ten Jack, or Café on the Corner? Two Ten Jack got several votes but STIR was the clear winner. We headed down for a late lunch, parking on the street on Rossville Avenue and walking around (they were offering free valet parking at the Choo Choo but we like to park and walk when possible). We were seated quickly, initially choosing a seat outside for better lighting. The weather was fantastic. However, we quickly discovered that it was way too windy to sit outside and we moved inside to a hightop table.

Our server, Taylor, brought us water and glasses and took our drink orders. Philip was pretty disappointed with their beer list – only six beers on draft and a handful of canned and bottled beers. He tried a sample of the Tennessee Brew Works and ultimately decided to stick with water. I don’t often order drinks out, especially when they are over $10 (!), which I’m seeing more often. However, since cocktails are their specialty, I decided to order the CoCo Choo Choo, with rum, gin, grapefruit juice, orange juice, coconut cream, and cumin ($12). It was served over crushed ice (ice is a big deal – they have an ice chef who designs the ice and checks in on the processes regularly, and they have seven – that’s right, seven – varieties of ice). It tasted very tropical and did not have a strong alcohol flavor (I kept stirring it to keep the alcohol well mixed in).

There were several appetizers on the menu that sounded delicious, including the seasonal dip trio (with hummus, pimento cheese, and smoked salmon spread), fried green tomatoes (I was already planning to make those Saturday night, so we took a pass), and fish tacos (which the couple next to us were eating, and they looked amazing). We didn’t want to fill up on an appetizer, so we decided to split an order of the crab bisque ($6.50), with crab, sherry, basil oil, crostini, celery leaves, and micro basil. Taylor had the kitchen split the bisque between two bowls for us to make it easier for us to eat. The bisque was fabulous – creamy with plenty of sweet crab meat and a deep flavor from the sherry. The basil oil finish was very nice and the crostini was the perfect dipper.

I considered getting a burger, but ultimately decided it wasn’t what I wanted. I was stuck between the fried chicken sandwich, with mayonnaise, turnip slaw, and house pickles on a Niedlov’s bun, and the fried shrimp, served with fries, turnip slaw, and Stir sauce. I asked Taylor for her recommendation and she told me that, while the shrimp was very popular, she would recommend the chicken sandwich ($10.95), which she described as kind of like a gourmet Krystal Chik. Um, SOLD. I don’t know if you guys know how much I love Krystal, but I love Krystal. She was not wrong…it was like a Krystal Chik in the very best way. It was gigantic (so not like a Chik in that respect) and the chicken had a wonderful, well-seasoned breading that was fried to golden brown perfection. I had never had turnip slaw – had never even heard of it – but it was fabulous…thin shreds of turnip in a creamy sauce. House pickle and mayo completed the sandwich. The fries were house cut, skin-on, and deliciously crispy. We told Taylor to recommend to the chef that they add fried chicken to their menu as a stand-alone entree. It was just that good.

Philip took one look at the menu and decided what he would order. I am sure that you guys can take a guess…yes, that’s correct: shrimp and grits ($12.95). The shrimp and grits were composed of stone ground white cheddar grits topped with shrimp, mushrooms, green onions, and a sauce made from shrimp stock. Now, Philip’s shrimp and grits preference is a cream-based sauce over fried grits cakes, but he is definitely a lover of all (well, most) types of shrimp and grits and these were no exception. Everything was cooked just right and the grits were creamy, tender but with a little bit of a bite, and well-seasoned. The more he ate, the spicier it got (I assume it was seasoned with a little cayenne, but I could be wrong about the source of the spice). He told Taylor that he would order them again.

Because of my $12 cocktail, our order was a little more pricey than usual at $46.95 pre-tip. It was worth it, though. Taylor was a great server (we got to talk to her quite a bit and she was so much fun!). the atmosphere is beautiful, and we really enjoyed the food.

We will definitely go back to STIR Chattanooga! 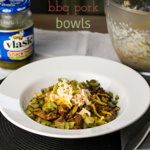 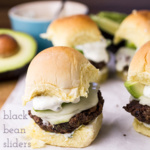