Steve’s Landing is very popular with the locals in Soddy-Daisy, Tennessee serving a variety of menu items, including ribs that are supposedly amazing.

I guess I knew that this time would come eventually.  It’s time for restaurant reviews to become a biweekly feature of Chattavore, at least for the time being.  While I am doing my restaurant reviewing on weeknights to preserve weekend daylight hours for photography, it isn’t really feasible to go somewhere new every week.  The fact of the matter is, I am a homebody and getting out at night during the week is pretty stressful for me…going across the river on a weeknight requires some planning, and I’ve just about exhausted my options on this side of town….at least now that I’ve gone to Steve’s Landing.  What’s more is that if we keep going at this rate I am eventually going to run out of new places to eat!  So….at least until Spring, you probably won’t see more than two reviews a month.

It’s kind of funny that I haven’t written about Steve’s Landing until now…it’s less than ten minutes from my house.  We ate there many, many years ago (ten, maybe?) and weren’t crazy about it then….but people I trust eat there often so we figured it was worth another try.  The problem is that they don’t open until five during the week and we never think about them on the weekend.  We finally made up our minds that we were going to go and figured we better get there early….Steve’s has a loyal following of diners that pack regularly pack the place out, so we wanted to beat the crowd.  We got there at about 4:58, before the doors had been opened, and were greeted by another family-that had driven from Dayton for the ribs-and a cat who is obviously a regular.  Once Steve opened the door at a minute or two after five, we requested a seat on the large deck.

Becky, our server, immediately took our drink and appetizer order.  I had heard from more than one person that the spicy queso at Steve’s Landing was excellent, so we went with that.  It is not a Mexican-style queso but rather a spicy, cheddar-based queso with spinach in it, but not so much spinach that you’d really call it a spinach dip.  While it had a little kick (presumably from cayenne, since I didn’t detect any jalapeños or other chopped peppers) it was definitely a spicy dip that could be enjoyed by a lightweight like me.  The chips were hot and crispy.  I don’t think they were homemade….they weren’t Delia’s chips (my #1 pick) but they were pretty good.

I’d heard good things about several items on the menu at Steve’s Landing.  The ribs are supposedly amazing but I don’t like to work that hard for my food (at least when someone else is cooking), which is the main reason I also rarely eat Buffalo wings even though I enjoy the flavors.  I’d heard great things about the Kickin’ Chicken (basically Monterey chicken minus the bacon-chicken with barbecue sauce and cheddar and jack cheeses) as well as the Ragin’ Cajun pasta (fettucine Alfredo with Cajun-spiced chicken, diced red peppers, and chopped green onions).  I decided on the pasta, which was a very large (as in I had enough left over for lunch on Friday) serving of pasta with chopped Cajun chicken on top and a piece of Texas toast on the side.  I am not a fan of Texas toast-it’s just “meh” to me-so I took a couple of bites and tossed it aside. The pasta was pretty good, but I would have liked more creamy Alfredo sauce and a little less Cajun spice.  Interestingly, I found the dish to be less spicy the next day, which is definitely a departure from the norm.  I saw an order of the Kickin’ Chicken being delivered to a nearby table while we were there and kind of wished I had ordered that-it looked great.

Philip decided on the fried catfish, which was served with fries, slaw, and jalapeño hush puppies.  He got two cornmeal-coated catfish fillets that were fried to a nice crisp and were surprisingly un-greasy.  The flavor was great, a sentiment shared by the porch cat, Jake, with whom Philip shared a couple of bites of catfish.  The fries were fine, no doubt frozen, nothing special.  Philip liked the slaw, which was made with shredded (not chopped)  cabbage and carrots and was not dripping with mayonnaise-y dressing.  The jalapeño hush puppies were tasty, not really spicy but with a nice jalapeño flavor and, like the catfish, not greasy.  It was a very large portion of food so we took the leftovers to my parents’ house for my uncle to have for dinner.  We were way too stuffed for dessert. The dessert special was chocolate covered cherry pie, which sounded interesting, but their house specialty is bread pudding, which I have heard is fantastic. There are several other desserts on the menu, including a key lime pie and blackberry cobbler.

Steve’s Landing is in the price range of other similar restaurants…our total for two waters, an appetizer, and two entrees on the lower end of the price range was about $33 pre-tip. They have a large following because they fill a void in Soddy-Daisy.  We just don’t have a ton of restaurants out this way other than your typical fast food offerings, and they offer tasty food that you would otherwise have to drive to Hixson or beyond to get, and the prices are not outrageous….they are within the same price range as other restaurants with similar offerings.  The staff was extremely friendly.

While the crowds will definitely prevent this from being a regular place for us to visit, we’ll definitely go back to Steve’s Landing.

Want another option near the water? How about Jacob Myers Restaurant on the River in Dayton? 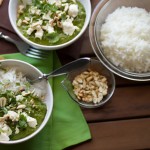 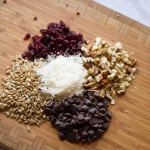