Benefitting Kids on the Block, Station Street Sip & Savor was a fun event with lots of great food and drinks. We can’t wait until next year!

This week’s “restaurant” post is a little bit different. Instead of visiting one restaurant last week, we spent a couple of hours checking out food, wine, and beer at the Station Street Sip and Savor 2017 event.

Benefitting Kids on the Block, Station Street Sip & Savor was held in the formal gardens at the Chattanooga Choo-Choo. Philip and I went along with a good friend of ours (the same friend who got us backstage to see New Kids on the Block on our 16th anniversary, so he’ll be my favorite for a while) and we had a great time melting in the July Tennessee heat.

When you enter the Station Street Sip and Savor event, you are given a complimentary tasting glass that you can get filled with lots of different libations as you walk the perimeter. There was lots of wine, beer, and even liquor to sample. Of course, you guys know I kept it pretty simple…a little bit of moscato and some lemon radler (non-beer lovers out there have to try radler…the one we’ve found most commonly around here is Steigl’s grapefruit radler. If you’re in Chattanooga you can go buy some from Philip at Sigler’s!).

And, of course, there was more food than I knew what to do with. Some of my favorite restaurants were there, including Feed Co. and The Bitter Alibi. Then, of course, there were some that I haven’t tried but after tasting their samples at Sip & Savor, well, I’ll be checking them out (looking squarely at Chatter Box…that was some fabulous BBQ!). And an old favorite, Famous Nater’s, was back under a new name – 2 Sons Kitchen. I’ll get there soon.

We had an awesome time trying great food and drinks, hanging out with our friend, stalking local news personalities (okay, not stalking really), and schmoozing craft breweries (guess which one of us did that?).

By the way, if you’re in town, come see me at the Chattanooga Market Sunday. I’ll be judging the Five-Star Food Fight that concludes Chattanooga Magazine’s Restaurant Week. And stay tuned for a fun announcement coming up soon! 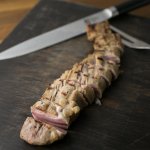 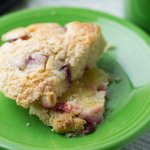