Southern Star Chattanooga is just such a place, except that you might imagine the traditional Southern meat-and-three being on the main street block of a small, sleepy town. Southern Star Chattanooga is…not. Instead, it’s located in Downtown Chattanooga. Arrive much past their opening time (11:00 a.m.) and you’ll have to wait for a table (and, perhaps, a parking space). We were lucky to get there by 11:15 last Wednesday, snagging one of the coveted “Star” spaces in the parking lot and a table near a window – and a blackboard.

Southern Star Chattanooga bustles with servers in their Southern Star t-shirts and big smiles. I’ve never had bad service there, and I’ve been there a lot. Our server, Cassidy, was no different, quickly taking our drink orders, delivering our gigantic tumblers of water, and answering our questions about the menu. The menu here is small, leaving lots of room for the specials. A handful of starters, a few salads and sandwiches (including a burger that used to be a special only), and just a smattering of entrees decorate the one-page menu. If you can’t find anything there, you are probably not out of luck.

That, of course, is because of the ample options on the blackboards. Daily, two meats, several homestyle vegetables, a quiche of the day, and several dessert specials will almost certainly yield something that will make your stomach grumble. Fried chicken and meatloaf topped the special board, followed by such vegetables as mashed potatoes with (brown) gravy, fried yellow squash, garden peas, white beans, kale salad, and collard greens. The quiche of the day was broccoli cheddar, and desserts such as red velvet cake and chess pie rounded out the menu.

Philip jumped on the fried chicken bandwagon. I was disappointed for a split second. Their hand-breaded chicken tenders are amazing, so I could only assume that their fried chicken would be too. Alas, when we are doing blog posts, I try to order something different from Philip so we can give our opinion of multiple menu items.

Like I said, my disappointment lasted only for a split second, because if I didn’t get the fried chicken I knew that I was going to order the quiche and Star salad combo. I always try to find an excuse to order the Star salad, with mixed greens, bleu cheese, candied pecans, and balsamic vinaigrette. It’s so simple, but flavorful at the same time; I would venture to say that it’s one of my favorite house salads. I love to order the quiche, too. Let’s start with the fact that this is a slice of quiche that would feed a family of four. You will not leave hungry. The pastry crust is some of the best that I’ve had: tender, flaky, buttery, perfectly browned. The filling was brilliant, with a well-balanced mixture of tender broccoli, cheddar cheese, and an eggy custard that was firm (as in, not runny) but not tough.

I made Philip promise that he would let me try the fried chicken, and he agreed. It was crispy, tender and hot on the inside, and perfectly seasoned – perfectly seasoned – inside and out. For his three sides, Philip chose mashed potatoes with gravy, white beans, and fried squash. The mashed potatoes were wonderfully creamy and the gravy an excellent savory foil for the creamy, comforting texture of the potatoes. The squash was cut into thick half-moons, breaded in cornmeal and lightly fried. It was a little thicker cut than you might expect, but well-seasoned and tasty still. I didn’t try the white beans – great northern beans are too mealy for me – but Philip said they were well-cooked and seasoned and delicious.

As we got ready to leave, we asked Cassidy to bring us a box of 9 of their shortbread cookies with almond icing and a slice of red velvet cake. Southern Star Chattanooga makes all of their own desserts in-house, and it shows. The shortbread cookies are amazingly buttery, tender but with a little bit of a snap when you bite into them. The almond-flavored icing is a little crusty and gloriously “almond-y”, with the butter and almond flavor blending beautifully. The red velvet cake certainly looks the part of the Southern classic – a huge wedge of red sponge thickly spread with cream cheese frosting, lightly sprinkled with pecans. The cake was just a bit crumbly, but everything tasted wonderful.

Southern Star Chattanooga is a downtown hotspot, particularly at lunchtime. Their food is fresh and flavorful, and with the blackboard specials you could visit for weeks and never eat the same thing twice. In the heart of the city, they’re serving up Southern food, their slogan being “Put some South in your mouth.” Indeed. The prices aren’t too bad either – for our specials plus cookies and cake, our pre-tip total was just under $32. You can also get some of your favorites, such as chicken salad, pimento cheese, and entrees to take home.

If you’re looking for Southern comfort food in downtown Chattanooga, Southern Star Chattanooga is your place to find it.

By the way, Southern Star has a second location on Signal Mountain, which I haven’t visited yet but hope to this summer. 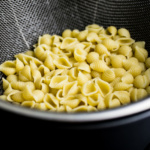 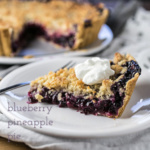