Southern fried pickles are my favorite snack. They’re easy to make and perfect served with this buttermilk lime dressing.

Surprising news, you guys: I love fried pickles. I remember the first time that I ever tried fried pickles: some of my sorority sisters took me to Durty Nelly’s (the restaurant/bar that used to be in the Taco Mamacita location) and said, “You have to try fried pickles!” and I was all, “Fried pickles? What?” The truth of the matter is, I never even liked pickles until I worked in a bagel shop for a few months, when I learned to love the dill spears we put on the side of our bagel sandwiches.

But fried pickles? Those were a revelation. Sixteen years later, I still remember those fried pickles as the best that I ever had. Funny thing is, I really didn’t eat very many fried pickles between that time and the inception of this blog, then something in my awakened and I couldn’t stop with the fried pickles. If you’ve read a lot of my restaurant blogs then you are aware that I am physically incapable of not ordering fried pickles when they appear on a menu. I’ve learned a few things about my fried pickle preferences, including that I prefer chips over spears for two simple reasons: (1) you get more of them; and (2) you are far less likely to burn the roof of your mouth on pickle chips than spears. Also, ranch dressing is a great accompaniment for fried pickles but only if it’s house made ranch. Nothing disappoints me more than getting Sysco ranch dressing alongside some great pickles.

For some reason my Southern fried pickle craving has been through the roof recently (no, I am not pregnant) so I decided it was time to crack the code. I don’t suppose that fried pickles are really a “southern” preparation but because they are so often served with barbecue, which is a decidedly southern food (unless you are from Kansas City, of course), and because I southernized this recipe all up with cornmeal and buttermilk, I have decided that it counts. And this dressing? One of the best I’ve ever made, inspired by a similar recipe by the Lee Brothers, who are among my southern cooking idols, this dressing is similar to ranch but not that much. It’s tangier (for obvious reasons, lime, hello) and a little sweeter and, well, just unexpected and it pairs perfectly with the Southern fried pickles. I can’t wait to serve it alongside some fried green tomatoes this summer. But for now I’m just oh so excited that now I don’t have any reason to go out to a restaurant when I want Southern fried pickles.

Give my Southern fried pickles a try next time you have a craving!

For the fried pickles
For the Buttermilk Lime Dressing 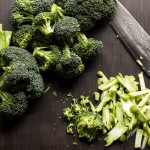 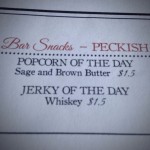