With its wacky, off-color name and serving burgers & gourmet shakes, Sofa King Juicy Burger has (quite literally) made a name for itself in Chattanooga & beyond.

While my mom and sister were sifting through the Black Friday sale ads on Thanksgiving, I noticed a headline in the business section of TFP (Chattanooga Times Free-Press, for you non-Chattanoogans) about a new burger joint coming to the Red Bank area-Sofa King Juicy Burger.  As a big SNL fan (there’s a Sofa King sketch that used to air on SNL a few years ago), I immediately broke out into laughter and ran to show the paper to Philip, who had a similar reaction.

It didn’t take long for the reaction to begin.  If you don’t get the joke yet….well, I’m not going to explain it to you.  I, however, am not offended in the least by expletives, real or implied, so the publicity just made me laugh even more.  Sofa King even made it to Huffington Post….and so the set-up began.

As soon as the place opened in March people started asking me if I’d been yet.  We actually attempted to go the week after the place opened, but the parking lot was so full that we couldn’t find a space so we just drove on to somewhere else.  I definitely heard lots of opinions on the place, though.  The lines instantly became legendary, and they ran out of buns on the first day, forcing an early closure and prompting a hysterical YouTube video. The thing about me, though, is that no matter how hyped a new restaurant is, I’m not going to wait 30 minutes or an hour or whatever. That’s not my style. After the “no parking” situation we quickly decided that we were going to wait for a weekday, not-during-a-meal-rush opportunity to go there. Friday I tweeted the following and Philip suggested that we could check out Sofa King:

We definitely got there at a good time. There were plenty of parking spaces and, while there were quite a few people inside, there were only a couple in front of us. Of course, you instantly notice the decor….the walls are lined with sofas and there are lots of retro signs, ads, and pictures hanging everywhere. Of course, I had to post the logo on Instagram….

There are a few specialty burgers, including a “classic”, the Awesome burger with Boursin and strawberry jam, and the Nutty burger, with peanut butter and bacon (intriguing, but I’m not sold). I considered the Awesome Burger but ultimately decided to go with something basic so I could judge the burger based on its….”burgerness”, not on an interesting combo of ingredients. I just went with the “build your own” with a beef burger (there’s also a veggie burger, which is a grilled portobello) on a white poppy seed bun with classic sauce (more or less a Thousand Island-ish dressing), cheddar ($1.00), bacon ($1.00), lettuce, tomato, and pickle. Philip decided to go with the Classic Burger-a beef burger on a white bun with lettuce, tomato, and classic sauce. Since our burgers were basically the same….I’m not going to talk about them separately. Mine’s first with the cheese and bacon. The burgers are made with grass-fed beef, which is always a plus. Each burger is made with two thin patties, which allows for a bit of a crispy edge (which I really like). The buns were very fresh and everything had a good flavor. I liked the sauce a lot….I really like the mayo-ketchup-relish combo and often add it to my burgers at home.  I would rate the burger as good, and I really appreciate the use of local, grass-fed beef….but I wouldn’t place it in my “top five” (that’s gotta be a Friday list soon).

We decided to split an order of onion rings, battered with Budweiser (not PBR? What’s up, hipsters? There was a huge stack of PBR cases in a little storage area in the back….more on the beer in a minute) and Aretha Frankenstein’s pancake batter (Sofa King shares an owner with Aretha’s and Crust Pizza) and a milkshake-we decided to go with the Cat Man Du-vanilla ice cream, Himalayan sea salt, cashews, and, on the cashier’s recommendation, we added caramel to it. The onion rings were pretty good…sweet, more crumbly than I was expecting from a ring coated with pancake batter (I guess I was expecting a more tempura-like consistency). I really liked the shake (which had more of a soft-serve consistency than a shake consistency and needed to be eaten with a spoon); Philip liked it okay but said he wouldn’t really want to order it again. I really liked the sweet/salty combo of it.

Okay, back to the beer. They have a sign outside that boasts $1.00 beers. What? Okay…that’s PBR, Budweiser, or High Life. There’s no drink fountain, and those three canned beers cost less than canned Coke products (at $1.50) and are the least expensive drinks on the menu (there’s also a craft beer list for “beer snobs”, which we did not view). “Gourmet” sodas like Blue Sky are $2.50 apiece, and a Steaz coconut water is $4.95. Hmmmm. That brings me to my final verdict…

Sofa King Juicy Burger has been hyped a lot. I’ve talked to a few people who said they loved it, and I’ve heard a lot of people express disappointment in the quality of the food, and honestly I think when a place is so overly hyped you are pretty much doomed to be disappointed. I try not to let the hype get me, and I wasn’t disappointed with the food. It didn’t blow me away. I’d eat there again, but probably only if someone else was paying or I was going with a group and that’s where everyone else wanted to go. My big problem? The price. For 2 pretty basic burgers, an order of onion rings, and a milkshake (or a “liquid nitrogen milkshake”, whatever that means) we paid $25.00. I kind of feel like Sofa King Juicy Burger is all hype and not a lot of substance, and there are definitely other places that deliver food-wise without the hefty price tag. So, I didn’t hate it, and I’m not going to tell you not to go there.

Try Sofa King Juicy Burger at least once and make up your own mind….but don’t expect too much or you might be let down.

Sofa King Juicy Burger is located at 1743 Dayton Boulevard, Chattanooga, TN 37405. You can call them at 423-490-SOFA. Check out their website: http://www.sofakingjuicyburger.com.  You can also “like” them on Facebook. 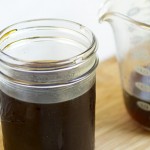 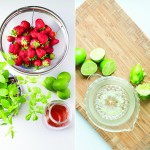