I’m not really one for resolutions, but I told Philip the other day that I thought it would be a good idea to see how far into the year we could get doing blog posts on restaurants featured in our Adventures in Dining coupon book.  Adventures in Dining features buy one get one free coupons for restaurants in the Chattanooga area.  I paid $35 for it (from a friend’s daughter who was selling them for Chattanooga Girls’ Choir) and we’ll recoup that amount within three or four meals.  Not a bad deal.  Not bad at all.  I could definitely go for some savings.

Our first Adventures in Dining meal was New York Pizza Department, which was more of a coincidence than anything else since people had been telling me and telling me that we needed to blog about it, so it was just serendipitous that there was a coupon.  Meant to be, perhaps.  I sat down with the book the other night and folded down the corners of the restaurants I really, really wanted to try.  Some of them we’ve already blogged about (Sluggo’s, Good Dog….) but I ended up with twenty-three folded-down pages and several more that I need to research on UrbanSpoon.  Now, the book will be our guide.  When Philip asked me where we were going yesterday, I waved the book at him. The book has the answer.

We ended up driving toward downtown so it made sense to consider restaurants downtown.  Philip thought that Sekisui sounded good but it turns out they aren’t open for lunch on the weekends.  I was craving a burger anyway (Sekisui has one on their menu but who really wants to order a burger there?) since I haven’t had one since before my surgery, so at least a month (I know, crazy, right?).  Sooooo…Pickle Barrel or Sing It or Wing It?  Sing It or Wing It won (I love Pickle Barrel, or at least I did the last time I ate there, which was probably in college, but since it’s 21 or over I’m thinking a warm day when we can sit outside is probably the best time to go….).

When Sing It or Wing It opened by Chili’s on Market Street I was a little skeptical.  A karaoke joint that serves wings?  Sounds pretty limiting to me.  They’ve been open for nearly three years and seem to be going strong, so I guess I stand corrected.  One of my friends goes there during the day with her friends and her young children….it’s a family friendly environment (though 21 and over after 9 p.m.) and her children enjoy singing kids’ songs.  She had told me that she actually really liked their food, so I was inspired to check it out.

When we arrived there was only one other table occupied.  I guess 2:00 on a Saturday afternoon is not the busiest time for a karaoke restaurant…no big surprise there.  There was one server, Scarlet, working, serving tables and tending bar.  She immediately greeted us and told us to sit wherever we’d like, then brought us menus and asked if we needed a karaoke book (a very thick notebook of their song choices).  We did not (while Philip may be a great singer he is not a karaoke fan) but she brought us one to look through and explained the menu to us.  All of the menu items are named after singers/musicians and usually have some sort of correlation to the artist (e.g. the Philly cheesesteak is called the “Elaborate Elton”…you know, Philadelphia Freedom?  The menu items are cooked to order with fresh ingredients, some locally sourced, and the menu was obviously someone’s labor of love.  Spend a few minutes reading it.  It clearly took a lot of time, thought, and effort.

Yes, the name of the restaurant is Sing It or Wing It.  They offer six varieties of wings: mild, medium, hot, barbecue, teriyaki, and lemon pepper.  The wings are smoked then grilled, not fried as you would usually find.  However, while I like wings I rarely order them in restaurants and definitely don’t consider myself a connoisseur, so we decided to order “Pickler’s (as in Kelly) Pickles” instead.  Here, I learned a valuable lesson: when you use a photo editing app on your iPhone, take the photo with your camera then load it to the app.  VSCOcam pooped out while I was editing the photo of the pickles…so you get a photo of our almost empty plate.  This is pathetic, people.  There were a lot of pickles on that plate.  The batter was a little salty for my taste, but you see that didn’t stop me from eating them, so they were definitely good.  The sauce was a chipotle ranch dressing, tasty but not all that spicy.  I’d order these again, but Philip didn’t like them as much as I did so that’s probably not going to happen.

While I spent several minutes perusing the menu, I pretty much knew going in that I was going to order a burger.  I considered the Bold Bonnie (Raitt) burger but decided to order the Bruce (Springsteen) Buster instead.  The Bruce Buster is a half-pound Angus burger with Swiss cheese and sautéed mushrooms served with fries ($7.99).  I decided to add bacon for $0.75.  The burger came with lettuce, tomato, and red onion (which, of course, I promptly removed) and I got my fries Cajun-seasoned.  The burger was very tasty and drippy.  I would have liked to have had more mushrooms on it (yes, I realize this would have made it more drippy, but a drippy burger is not a bad thing). The bacon was delicious.  The fries were very seasoned and a little spicier than I would have liked.  Next time I go I’ll order regular fries…they were good but I just couldn’t eat too many of them (because I’m a pansy).

Philip decided to get the Elaborate Elton (named after none other than Sir Elton John, of course), which is a classic cheesesteak with sautéed onions and peppers and cheese sauce (love a cheesesteak with cheese sauce instead of slices!).  He got regular fries.  The fries were hot and crispy (though I could not immediately deduce if they were housemade or not) and the cheese sauce seemed to be mixed in with the chopped steak.  The whole steak/cheese sauce/onion & pepper mixture was just a little spicy, which was pretty interesting.  I might try this myself at some point in time.  Our total, minus one sandwich thanks to our coupon, was about $16.00, give or take a little change.

Like I said, the menu here is creative and well thought-out.  Since it is a karaoke bar, there is a large appetizer menu….and I’m all about appetizers, so I like that.  Next time I’d like to try the Skynyrd Pretzels-soft pretzels covered with parmesan cheese and served with marinara sauce-or maybe the Go-Go bites-broccoli cheddar nuggets.  I also thought that the Chicken Martina (McBride)-a chicken breast topped with barbecue sauce, bacon, and Swiss cheese-sounded lovely, and I’d be interested to sample their smoked pulled pork sandwich, called “Sensational Scotty” for American Idol Scotty McCreary (by the way, Lauren Alaina sang karaoke here, if you’re an Idol fan-I’m not).  There are some interesting, unique menu items, like the Godfather (a bologna burger that Philip almost ordered) and the Diffie Delight (a sloppy Joe).  They also have a selection of salads, a kids menu (with names after your favorite teenyboppers), and several desserts (I wish I’d seen the Handsome Harry-named after Harry Connick, Jr.-beignets!  Woohoo! Next time.).

It’s doubtful that I’m going to be headed to Sing It or Wing It for dinner because crowds of people just aren’t my thing….but I’ll definitely go back for lunch.  I recommend that you try it out, and if you are in to karaoke, be sure to warm up your voice before you go!  Sing It or Wing It is located at 410 Market Street, Chattanooga, TN 37402 (next door to Chili’s).  They are open Tuesday through Sunday with lunch starting at 11 a.m. (a closing time is not listed on their website, but since they are a “bar” I would guess till the wee hours of the morning).  They also serve Sunday brunch from 11 a.m. to 3 p.m.  Karaoke is available anytime that they are open.  You can call them at 423-757-WING.  Check out their website, singitorwingit.org, “like” them on Facebook, and follow them on Twitter. 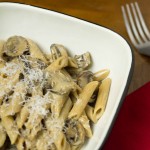