Thanks to a suggestion from a reader, I’m remembering Chattanooga restaurants from days gone by today. They’re gone, but not forgotten!

Over the last several months, I’ve been thinking about my “why”. This stemmed from a conversation that Philip and I had back in October with the owner of Bob’s Brick Oven (whose name, not surprisingly, is Bob). Bob told us about a book, Start With Why. We ordered the book shortly thereafter. I haven’t read it yet (my stack of books to read is large) but the bottom line is: when you know why you’re in business, you’ll be able to build your business.

This is one of the first places that I remember going on a regular basis with my friends. I don’t remember anything about what I ordered…all I remember is flowerpot bread. Ask anyone who used to eat there and they’ll mention flowerpot bread. Yeast bread served in a flowerpot…so delicious. If I had better memories of it, I’d replicate it, but that’s been 20 years or so ago. Before it was in its last location next to Walmart (now Hobby Lobby) on 153, it was located near Northgate in the Greenleaf building. I remember my parents going there and not taking me; my mom said they didn’t serve food I’d like. I wasn’t a picky kid, so I am pretty sure my parents just wanted a date night.

Confession: I never ate here. Seriously. Town & Country was around forever…in fact, the little plaza where Taco Mamacita is located is called Town & Country Square. Located where Walgreen’s is now on the corner of Frazier and North Market, Town & Country opened in 1947 and closed in 2005. We tried to go there once, but it was a Sunday and they were closed. They briefly reopened in a hotel on 23rd Street, but I think that was short-lived. Since I never ate there, I don’t even know what they served (comment below if you remember!), but I did find a copycat recipe for their blue cheese dressing on Epicurious.

This was the first place I ever had fried pickles, and if you are a regular Chattavore reader, you know that fried pickles are my obsession. Some Chi Omega sisters took me to this Irish style pub, located where Taco Mamacita is now, when I was a pledge, and I was hooked. Not only did I love their food, which included plenty of standard bar fare as well as some Irish favorites like boxty, I loved the dark wood decor that made it seem calming and intimate even though it was a bar. Maybe this is why I love the Honest Pint so much? I was very sad when Durty Nelly’s closed, though I can’t remember exactly when that was. Based on my internet searches, I’m thinking it was somewhere between 2008 and 2010.

This little hamburger stand that was located next to Soddy Lake (now Shuford’s BBQ) was definitely the spot on this list that was most significant in my life. Again, I don’t remember when it closed, but it’s been in the last decade. From as early as I can remember, JJ’s was a regular staple for my family…we’d get burgers, crinkle cut fries, chicken sandwiches, onion rings, BBQ, and baked potatoes from there on a pretty regular basis. They also had great soft serve and milkshakes. Shuford’s is great, but it’s not JJ’s, because nothing can ever replace your childhood nostalgia.

My family’s favorite spots to eat when I was a kid: Red Lobster and Hungry Fisherman. Do you see a trend here? My dad loved going to the Hungry Fisherman because he could get raw oysters there (?). I was happy as long as I could get popcorn shrimp and a baked potato, and I remember their hush puppies being quite good too. I loved sitting on the wooden bench seating and just thought that the restaurant was the coolest place, especially since there was a pond around it and you could feed the ducks. I never knew it, but apparently Hungry Fisherman was a chain associated with Shoney’s. The restaurant was sold in the 90s and later became Trip’s Seafood, which closed long before the building, located off the I-75 Ringgold Road exit, burned in 2013.

This BBQ restaurant was, in my opinion, pretty much the best around. There were two locations – one big restaurant located on Signal Mountain (where Double Barrel BBQ is now) and one in Soddy-Daisy, where Burger King is located now. This was another place that my family frequented, and one of my best friends worked there in high school. I don’t remember exactly when it closed but I think it was early in my college years. There was briefly another location on Bonny Oaks. The Signal Mountain Road location closed in the mid-2000s. By the way, when I was a youngster, there was another restaurant, named Ellen’s, here. We loved that place. They had great tacos!

This is another restaurant that I never tried, but it was around for years! Fehn’s first opened on the Tennessee River in 1930 (!) and later moved to a location on Highway 153, where Rib & Loin is located today. They were famous for their chicken and fish dishes, homemade salad dressings, and desserts. Fehn’s  opened in Dayton as Fehn’s 1891 House in 2004 and closed 10 years later. By the way, the former Fehn’s 1891 House is now the location of Screen Door Café.

Another place that I never tried (sorry, many of these places closed before I was old enough to seek them out on my own!), Fifth Quarter was another chain associated with Shoney’s restaurants (who knew that they had so many offshoots? There was also a Shoney’s Inn located on Brainerd Road). Fifth Quarter was a steakhouse, located on Brainerd Road near Spring Creek Road. They boasted a gigantic salad bar. The restaurant closed sometime when I was still in school, but I couldn’t find the exact date. Also, I never knew this, but before Fifth Quarter, that location was a restaurant called The Sailmaker that featured wait staff dressed as characters from pop culture. The Sailmaker became Fifth Quarter in 1982.

This was definitely a Chattanooga institution, and I remember how shocked I was when The Loft, located on Cherokee Boulevard, closed in 2003. It had long been “the place” to go for fine dining in Chattanooga, before Chattanooga really had much in the way of fine dining. Philip worked there for a very brief stint as a busser in the mid-nineties, then the owner yelled at him and he was out. We ate there once, using gift cards given to us by the realtor who assisted us with the purchase of our house. I remember that the chairs were cushy and high-backed, and the menu was steak-heavy. The building housed a gift card business for several years and plans were announced last year to demolish the building to build apartments.

This is a blast from the past, amiright? Po’ Folks was located on 153 near Northgate Mall (around where Pep Boys is currently located) and served up exactly the type of country vittles (just call me Ellie Mae) that you’d expect from a place called Po’ Folks. Fried chicken, chicken & dumplings, biscuits, cornbread…it was kind of like Cracker Barrel, except, well, not. At the time that it existed in Chattanooga, Po’ Folks was owned by Krystal, which at the time was a Chattanooga-based company. I remember going here with my family and eating fried chicken drumsticks, and I also remember attempting to pull coins out of a stump in the waiting area. I’m pretty sure they were glued in, and I don’t even remember what the prize was if you managed to pull it off. What I do remember is that I loved that place. Po’ Folks closed in Hixson sometime in the eighties or very early nineties, but there are still eight locations in Florida and Alabama.

This was my first real foray into non-chain Italian food and man, I loved this place. Philip and I used to eat at Brick Oven Grill, located where Fuji is now located on Highway 153 in Hixson, on a fairly regular basis. I loved their pasta, salads, and bread – so much that this is where my family went for lunch after I graduated from UTC with my master’s degree in 2005. They closed not too long after, making me very sad. There was a second location in Cleveland, and when I started working on this post I held my breath in hopes that it still existed. Sadly, it does not.

Ah, Lamar’s. This is actually the restaurant that inspired this post, thanks to reader John who suggested a post about Chattanooga restaurants that have closed. He specifically mentioned Lamar’s, which closed rather abruptly in early January of this year. Lamar’s was an iconic presence on MLK Boulevard, known for their supposedly out-of-this-world fried chicken, generous alcohol pours, and velvet walls. I never made it there, even though I had good intentions of going. Now, it looks like I’ll never get to go, unless some miracle occurs (I’ve heard they’ve “taken breaks” before…not sure how much truth there is to that rumor).

Keep the conversation going! I know there are lots of places that I missed and lots of places I didn’t even know about. Please comment below and tell me your stories and memories remembering Chattanooga restaurants. If you have photos, please email them to me at mary@chattavore.com! 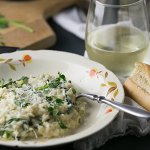 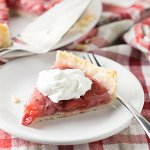