We don’t do many vacations, so this fall break we decided to trek it up to Rehoboth Beach, Delaware for a few days…it was a good decision.

Philip and I are bona fide cheapskates, and one of the implications of this is that we rarely take vacations. This summer, we had good intentions of trying to find a trip to take, but because of the issues with our car and because I ended up working when I hadn’t planned to, it never panned out. The first couple of months of my new job have been pretty exhausting and I decided back in September that I needed to get away from home….away from feeling like I should spend my Fall break cleaning the house, catching up on blog stuff, and inevitably ending up thinking too much about work. We decided to trek it up to Rehoboth Beach, Delaware for a few days.

We chose Rehoboth Beach, Delaware because it’s near Milton, the home of Dogfish Head Brewing Company (more on that in a minute). A little hotel searching and we found a great deal right on the beach, by the Rehoboth Boardwalk. We decided to drive up through North Carolina, Virginia, and Maryland so that we could check out the Chesapeake Bay Bridge Tunnel. We left on Saturday and drove to Durham, NC, where we didn’t have time to do much except visit what might have been the busiest mall I’ve ever been to, The Streets at Southpoint. We witnessed two wrecks ON THE EXIT RAMP going to the mall then someone ran the red light while we were in the intersection. Yikes! There were more people than I believe I’ve ever seen in one place. We searched for a restaurant to eat dinner and ended up eating popcorn (that we took with us) and snacks we bought from our hotel lobby (Reese’s cups and Cheetos for the win!) for dinner.

Day two….six and a half hour drive. We started off the day filling our tank across from Lizard Lick Towing, which sounded vaguely familiar, but I had to look it up on my phone to make sure it was actually something famous. My nephews were excited about the picture. Later, our GPS took us off our path, telling us to exit left when we actually needed to exit right…but we corrected quickly and then got to see the Chesapeake Bay Bridge-Tunnel, a nearly 18-mile series of bridges and tunnels over/through the bay connecting Southeastern VA to the Delmarva (get it? Delaware-Maryland-Virginia) peninsula. It was quite a sight to see.

We arrived in early evening at our hotel, the Admiral on Baltimore. The Admiral was nothing fancy, but it was clean, up to date, inexpensive, and right by the beach. We checked in and headed out to grab dinner. I won’t name the place where we ate that night…we were not terribly impressed (if you ever go to Rehoboth Beach, send me an email and I’ll tell you the name of this place so you can avoid it). The food was okay, the service was pretty meh, and the bathroom was disgusting-a unisex bathroom with an unflushed toilet and urine all over the seat and the floor. Nice. At least there were fried pickles….

Day three we started out at Safeway buying food for our room so that we wouldn’t have to dine out for every meal. After lunch we spent the rest of the day checking out all the shops in the Rehoboth Beach downtown area. Unfortunately, some of the shops and restaurants were closed for the season, but we still found enough to occupy several hours. I found several shops with cute clothes, with a bonus being that they were made in the USA (we try to buy made in the USA as much as possible) but nothing fit. Wah WAH. The clerks in the clothing stores (Hula Sue and another whose name I can’t remember!) were very friendly and one of them made a dinner recommendation for us.

Before dinner, though, we had to hit the local ice cream stand (well, one of them), aptly named The Ice Cream Store. They feature over 100 flavors and have been featured on Food Network and several other channels. They also claim to have invented bacon ice cream….so hats off to them! I decided on a cup of the Minty Python-chocolate ice cream with peppermint flavor, chocolate chips, and Junior Mints, topped off with a Peppermint Patty. Hey-O! I love my ice cream minty. Philip decided on the bacon de leche-dulce de leche ice cream with bacon pieces-in a waffle bowl. The ice cream was delicious, but the best part was eating it while we watched the waves crash onto the beach.

For dinner, we followed the sales lady’s recommendation and dined at Pig + Fish and found ourselves wishing that we’d eaten there the night before! They had great happy hour deals so Philip tried Evolution Brewing Company‘s Jacques O’Lantern pumpkin ale, which he really enjoyed. I ordered the fish & chips, served with slaw, lemon-caper tartar sauce, and, of course, a bottle of malt vinegar. Everything about the dish was great and I had to slow myself down so I wouldn’t eat every bite! Philip had the pan crispy chicken, two skin-on, sautéed chicken breast halves served with mashed potatoes, sherry pan jus, and crispy green beans, which was outstanding…perfectly cooked and delicious. The service was fast and friendly and the atmosphere was beautiful-nice, simply decorated, not too noisy. Great place!

Day four we headed to the outlets. Not much to see there, though we did come home with a few things (including a deeply discounted Kate Spade bag that I had to go back for. I canNOT pass up Kate Spade on the cheap!). My most exciting find was four 1 1/2 cup Anchor Hocking glass casserole dishes for making individual pot pies. This is what I do on vacation, people. After that, we took a two-mile walk down the boardwalk and the beach. I wish I’d taken pictures of the houses along the boardwalk. Some of them were truly amazing. We ended up at the Dogfish Head Brewpub for dinner. Dogfish Head Brewing Company is the reason that we went to Rehoboth in the first place, so it seemed fitting that we would eat at some point in the place where it all started. It was burger night so it was hard for us to pass up the great deals on the burgers; I had the Indulgence burger with American cheese, bacon, and an onion ring, while Philip built his own with blue cheese and bacon. We also had some spent-grain pretzel bites with Hop-Pickle dip and truffle mustard (loved the Hop-Pickle dip, made with spicy pickles made by Dogfish Head). The burgers were good too. I had a Nor’easter (essentially a hurricane, made with Dogfish Head wit spiced rhum-no, that isn’t a typo-pineapple juice, orange juice, and grenadine)-strong but quite good. I know my limits…I sipped it through dinner but never finished it. Philip tried the Raison d’être, which he declared excellent, and the Tweason’Ale (a gluten-free sorghum brew) which he did not care for.

Day five: Dogfish Head Brewing Company tour. We had a great tour guide, Jake, and since we came on the off-season there were only four other people on our tour. Jake showed us around the brewery, detailing the history of Dogfish Head Brewing Co.-starting with its humble beginnings in Sam Calagione’s apartment and eventually expanding to the 12th largest craft brewery in the US-and showing us the process through which all of their brews are created. We got to see the bottling operation, including cases and cases of DFH getting ready for shipment. We also saw a snake (!) while we were walking along. After the tour, guests 21 and over can choose 4 free 3-ounce samples. I don’t care for beer, so I had their beach beer, which is a non-alcoholic birch beer, similar to root beer…and delicious. Philip tried the Miles Davis Bitches Brew (American stout), Birra Etrusca (ancient ale), Kvasir (ancient ale), and Noble Rot (saison ale) (he’s now contemplating entering the world of home-brewing). After, we had lunch from Bunyan’s Lunchbox, a little cart outside the taproom serving Dogfish brats (Philip had the Italian), clam chowder with fresh clams, pork, and Dogfish Palo Santo Marron (which is what I had). Great lunch! We finished up with a shopping spree in the store then headed back for another boardwalk/beach walk.

On our final night in Rehoboth, we wanted to head out for a seafood dinner. We narrowed our options down to Henlopen City Oyster House and Salt Air, next door neighbors both recommended to me by Bob the Rehoboth Foodie, whom I emailed before our trip to ask for recommendations. We decided on Salt Air, and while I’m sure that Henlopen is a perfectly wonderful restaurant, we were glad that we did. Salt Air was a beautifully decorated upscale casual restaurant-they call themselves a “picnic on the beach”. Our server Ryan was fantastic. To start, he brought us a basket of parmesan flatbreads with a goat cheese/cream cheese blend for spreading-perfect! I couldn’t stop thinking about them! We decided to be brave and try the mussels-which neither of us have ever eaten. They were delicious, served in a cream sauce smoky with tasso ham. I quickly got the hang of using a discarded shell to dig out the mussels and scoop up some of the delicious briny broth. Philip decided on the caramelized day boat scallops, served with sweet potato puree, brown butter cauliflower, and shiitake mushrooms. He declared the perfectly browned scallops “like butter”. The portion was deceptively large and I thought I was going to need to roll him back to the hotel. I ordered the crab cakes, which came with bacon potato salad and coleslaw. Everything was perfect, the cole slaw lightly dressed with mayo-based dressing, the potato salad made with red potatoes, bacon, celery, thin slivers of red onion, and a light mayo dressing. The crab cakes were crispy and full of meat, hardly any filler. The tartar sauce on the side was a delicious complement. We followed up our dinner with a final walk on the beach…which we needed in order to walk off some of our dinner.

Thursday and Friday were filled with driving, rain, and a visit to a mall in Roanoke, Virginia to break up the monotony. Not much to tell. We returned home happy to be back to our own bed and our cat, who clearly missed us immensely and has hardly left our sides since we’ve been home. We highly recommend checking out Rehoboth Beach, Delaware!

We loved Rehoboth Beach, Delaware and we’ll definitely be planning a trip back one of these days! 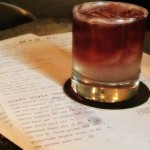 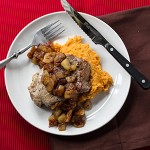