Instead of a restaurant review, this week I’m sharing the crazy restaurant experiences that my readers have shared with me!

This week, I won’t be posting a restaurant review. I had a “meh” experience at a Chinese buffet this past weekend. No need to elaborate…it wasn’t awful but there just wasn’t much to say. Instead, I asked my readers to share some of their crazy restaurant experiences. They were happy to oblige. The point is not to talk about specific restaurants, but rather to have a laugh (or a cringe) at some of the wild things that can happen when we dine out!

Kristy – Worst ever was at a popular breakfast restaurant. When the server asked how we wanted our eggs, and we said sunny side up, we got a blank stare. Then he said, “So…scrambled?” It was all downhill from there. Lol. Bad food, bad service, and when we asked for the check, he reached in his pocket and pulled out a huge ball of crumpled up receipts and sorted through them on the table next to us.

Rebecca – I don’t think you want to know mine unless you never want to look at rice the same way again…last time I checked, rice shouldn’t move! And it was at a very popular chain restaurant!

Amanda – We were at a Mexican joint and our basket of chips had wads of gum stuck to the liner. We left.

Ashley – Worst experience was walking in to a Certain Chinese restaurant for the first time and seeing someone face first in their plate. EMTs were out front and the person was deceased.

Jennifer – My boyfriend at the time (now husband) and I went to a fancy restaurant on Valentine’s around 3 to get drinks and a little something to eat before his tennis match. We sat at the bar, they gave us the lunch menus, then as we were ordering they said no you have to order from the overpriced, limited valentines menus. We paid, left, and have never been back- nor do I intend to be back. Poor service to give one menu then play take backsies

Tim – Summertime, Caesar salad prepared table side. Server refused a napkin as the sweat bead rolled off his nose into you-know-where. Luckily I’m on low salt diet. Sent it back. Mortified manager comped our entire check.

Jennifer – Went to a very popular breakfast place in Nashville with friends. My husband and I ended up wearing blueberry syrup (hair, face, ears, clothes) thanks to our waitress. She attempted (about 2 swipes) to wipe it off my back but then left with no apology. I went to the restroom to attempt to clean up and a kind stranger tried to help. When I told her what happened she walked out of the restroom with me, asked for the manager and demanded our meal be free. He just nodded and still, I got no apology. At least the meal was free.

Billie – I was at a pizza place and the waitress tripped and poured a whole pitcher of tea all over me. I was soaked. And it was with a whole group of friends who got to witness and laugh. Better to laugh with them than cry which I felt like doing.

Dallas – I went to a Sunday afternoon birthday dinner at a now defunct Mexican chain. After we waited for about 90 minutes with no food or staff in sight, one of the party went to the kitchen to find our server so he could cancel his order and leave. There was a fistfight going on among the kitchen staff. We eventually got food, then waited another 20 minutes for silverware.

Brooke – A local Chinese restaurant. Two roaches crawled across the table and on the wall while we were eating. At the same time. Left immediately.

Dana – [A roach on the table at a popular local restaurant]. Haven’t been back there. The waitress was so nonchalant about it, you could tell it wasn’t the first time.

Paula – Once I was out of town with a group of co-workers for a conference. Anyway, first when the server brought our salads one of my coworkers noticed a fresh bandaid on her finger and asked about it. Server said she had just sliced her finger making our salads, and had a hard time getting the bleeding to stop. Then later when she was delayed bringing our entrees out she apologized, saying she had just been cleaning the bathroom.

Tammy – I was served half frozen shrimp at a local restaurant after waiting 45 min for my food. They took it back without offering anything else and tried to charge me for it.

Chastity – We did find a roach baked into a pizza, but that was out of the country. While it wasn’t my actual food, my dad did find a pube (yes, I said that) in his taco at a Mexican restaurant…that’s enough to make the entire party stop eating. I doubt you’re surprised.

Brooke – Many years ago we went to a Mexican restaurant (now closed) and the waiter was bringing cheese dip to our table. Before he reached our table he swiped his finger around the outside edge of the bowl to catch the dripping cheese……and then LICKED it off of his finger!

Tell me about your crazy restaurant experiences! 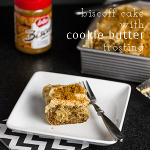 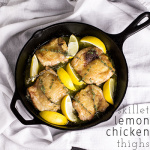