I have a confession to make. I have never, ever, not even once, consumed a pumpkin spice latte.

You might say I’ve put my foot down. I have principles, you know.

I realize that sounds silly and overdramatic. I just honestly don’t understand how the pumpkin spice latte (or PSL, if you’re so inclined) infiltrated our culture so deeply. In September and October, my Facebook feed is full of two things: football and pumpkin spice lattes. I’ve seen quite a few pumpkin spice latte memes, this one being my personal favorite.

Here’s the problem that this white girl who, yes, does enjoy yoga pants, has with the ubiquitous PSL: no. pumpkin. Just the spices that typically accompany pumpkin…cinnamon, nutmeg, allspice, ground ginger (by the way, you can buy this in a jar as pumpkin pie spice).

If it actually contained pumpkin, I’d probably be all about it (well, probably not, because I’m too cheap to actually purchase anything from Starbucks…but I probably would have at least tried it). Heck, if it was called a spice latte I’d probably have tried it. In fact, I think that Starbucks used to have a latte called Gingerbread Spice, and that I was okay with.

My point is, my love for pumpkin runs deep. I loved pumpkin when pumpkin wasn’t cool. I am still the only member of my family who essentially Hoovers up the pumpkin pie at Thanksgiving (I make one and then I’m the only person who touches it because you can’t have Thanksgiving without pumpkin pie) and I love it in savory recipes too. As a cake? Yaaaaasssss. ??

I was dreaming of pumpkin cake with cream cheese icing (because doesn’t that sound divine?) when it hit me: pumpkin tres leches cake. I love a good three milks cake, with sweetened condensed milk, evaporated milk, and whole milk (some recipes call for heavy cream instead of whole milk, but I don’t think that’s necessary or traditional) soaked into the cake, topped with lightly sweetened whipped cream. What’s not to love? I adapted a recipe for standard tres leches cake from Cook’s Country, adding pumpkin and, yes, pumpkin pie spices. What I got was a sweet, tender, moist, amazing pumpkin tres leches cake…that you’ve got to try!

For the Sauce
For the cake
For the Frosting 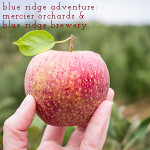