Puckett’s Grocery Chattanooga is a fantastic Southern restaurant located on the riverfront near the Tennessee Aquarium.

This weekend we decided to take advantage of the amazing weather and head downtown to walk on the bridge. We talked through our options for lunch…I’m still avoiding burgers for another week or two. I have a few places that I want to try, including Talus on Lookout Mountain and I need to check out Main Street Meats‘ expanded space. However, since we were in the area, we decided to check out the newly opened Puckett’s Grocery Chattanooga location.

Puckett’s Grocery  opened just a few weeks ago in the former TGIFriday’s location next to the Tennessee Aquarium. If we want to get technical about it, Puckett’s is a chain, but it’s a very small (4 locations), regional (Nashville based) chain so, like Tupelo Honey and Universal Joint, it fits in my guidelines for Chattavore. I’d heard good things about the Nashville locations of Puckett’s Grocery, though I actually hadn’t heard anything about the Puckett’s Grocery Chattanooga location. I was excited to try it out.

It was around 1:30 when we got there Saturday afternoon, a little late to try their breakfast (which is served daily from 7-11 a.m.) but that was okay because we weren’t really interested in trying breakfast anyway.We were told that the wait would be twenty minutes or less and that they would text us when our table was ready. It took maybe ten minutes before we got the text and were seated near the bar.

Our server, Ashton, quickly greeted us and took our drink orders. Philip asked if they served beer flights and Ashton checked with the bar, telling us that it had been discussed, but they do not (yet, anyway). He decided on a Blackstone Pumpkin Ale, which he thought was fantastic (and he plans to do a review if he can find a bottle of it).

We got stuck on the appetizer menu, trying to decide whether to order fried pickles, fried green beans, or fried green tomatoes. We ultimately decided to order the fried green tomatoes since we had fried pickles last week at Couch’s and fried green beans the week before at FEED Co. All three are served with bacon-chipotle ranch dressing, which is quite tasty, with a distinctive bacon flavor and a sneaky but sharp bite from the chipotle. The tomatoes were nicely breaded with an herby cornmeal crust (hi guys, how do you get your cornmeal crust to stick so nicely????) that was quite delicious. The tomatoes were wonderfully crunchy and not greasy at all.

The lunch menu is full of options, including plates with meats & vegetable sides, a selection of salads, and a large variety of sandwiches. I had a hard time deciding between the grilled cheese sandwich with pimento cheese (you can also choose American, Swiss, Cheddar, or Pepper Jack) or the Brisket Taco Salad: romaine drizzled with BBQ Ranch and topped with black beans, house-made pico de gallo, shredded cheese, tortilla strips and slow-smoked beef brisket. I asked Ashlyn and she said both! buuuuutttt….if I had to choose, to get the taco salad. I was not sad that I chose this. The salad was very fresh, topped with a generous but not outrageous portion of very tender and flavorful brisket (so so good), monterey Jack and cheddar cheese, and a generous amount of pico. The BBQ ranch dressing was, I assume, made with their signature BBQ sauce (which you can purchase bottled in the store). I would highly recommend this salad!

Philip (unlike me) loves spicy food, so he decided to order the Music City hot chicken sandwich, though he traded the Texas toast that the sandwich is usually served on for sourdough instead (Nashville hot chicken is normally served with plain old white bread, as in Colonial or Wonder Bread, but Philip just can’t deal). The sandwich was just spicy chicken (hot chicken is made with a generous amount of cayenne pepper) and pickle slices, with coleslaw and fries on the side. Philip said that the sandwich definitely got hotter as he ate it, which is how it goes typically. The chicken was well-cooked, juicy, flavorful, and well-seasoned. He also liked the fries and the slaw.

Other menu items included several burgers (of course), a regular fried chicken sandwich, a smoked bologna sandwich, and quite a few traditional Southern entrees, like Southern fried chicken and Cajun shrimp & grits. They have a pretty delicious menu of Southern desserts, too…chocolate chess pie, banana pudding, maple pecan pie, a deep fried brownie (!!!!) sundae, and a cobbler of the day (which was blackberry yesterday). Of course, we were too full to eat dessert. Regrettably so.

One thing I wanted to mention….something happened with our order and it took longer than expected to come out. Our server and two managers came by to apologize to us and we were also offered a complimentary soup or salad to eat while we waited. The thing is, we’ve both worked in food service and we know that those things happen. If the food or the service had been bad, we would have been upset…but both were great and the fact that they acknowledged the mistake and offered to “make it right” if need be totally made up for it.

I definitely recommend Puckett’s Grocery Chattanooga for a great atmosphere, great service, and delicious Southern food. Our pre-tip total, including a beer, an appetizer, my salad, and Philip’s sandwich was $35.56, which is on par with other similar restaurants. By the way…they also have live music at least one night at week. Go by and check them out! 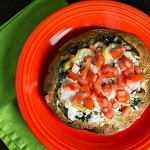 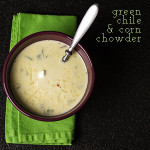