Poppy seed chicken casserole is a Southern classic. I like to add mushrooms to my version, which is made completely from scratch!

When I was a kid, I used to occasionally spend the night with my friend Nicole on Saturday nights. We’d go to her church in the morning then after church eat lunch at her grandparents’ house. Since my family had our big family meal on Sunday night, this Sunday-after-church-lunch tradition was a little unfamiliar to me (though I know that a lot of families have a big lunch after church). Another thing that was unfamiliar to me? Chicken casserole.

Yep. My friend’s grandmother, mom, and aunts were great cooks and there were always lots of delicious things to eat (they had a pretty large family). Ham, mashed potatoes, macaroni and cheese, red velvet cake (which I actually first ate at Nicole’s 9th birthday party). But the dish I remember most was chicken casserole. Shredded chicken in a creamy, savory sauce, topped off with buttery cracker crumbs and baked until golden. It was something that my mom and grandmother had never made, and it was glorious.

Years later my mom started making it and it became one of her signature church potluck dishes. I remember that every time we had a potluck my cousin Kenneth would make sure that my mom was bringing chicken casserole. Eventually it reached a point where my mom would make chicken casserole just because she knew that people expected it. I mean, it’s just that good.

Several years back, I heard of something called poppy seed chicken. I was intrigued, as I had fallen in love with poppy seeds when I used to eat copious numbers of poppy seed bagels while working at The Daily Bagel when I was a freshman in college. I love the slightly nutty flavor that they lend to everything, and the rumors about failing drug tests after you eat poppy seeds are supposedly false. Anyway, I was expecting some interesting poppy seed encrusted dish and instead what I discovered was the poppy seed chicken was chicken casserole with poppy seeds.

Now, most recipes for poppy seed chicken casserole call for canned cream of chicken soup, and I still do a happy dance when my mom makes chicken casserole with that familiar red and white can because it. is. delicious. However, it’s pretty widely known that I can never do things the easy way, so I like to make my poppy seed chicken from scratch. Oh, and I like to add mushrooms, but you don’t have to.

Either way, this poppy seed chicken casserole is rich and delicious (by the way, those are butter beans with bacon on the side). 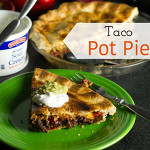 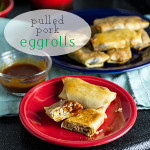