Peach fried pies with raspberry sauce combine the flavors of classic peach Melba with the Southern sensibility of a fried pie. When peaches are ripe in the summer, I can’t really think of anything better!

Once, a long time ago, I asked my Facebook followers (or maybe it was Twitter followers? It’s been years.) what they would consider Tennessee’s signature cake (after reading United Cakes of America and being pretty disappointed that the cake for Tennessee was an apple stack cake-which I’d never heard of-rather than something I would consider native, like red velvet or Italian cream cake). Beth from Local Milk remarked that she’d say that pie was actually Tennessee’s signature cake. Hmmm, I’d never thought of it like that.

It’s a good point, though. While there are certainly plenty of cakes that are traditional to the South and, more specifically, Tennessee, pies evoke a certain sense of homey coziness that seems pretty unique to the states below that Mason-Dixon. But there’s still that question: what pie is Tennessee’s signature pie? Buttermilk? Perhaps pecan? Chess? When I really started thinking about it, I realized that the pies that I grew up with were fried pies. That was it…maybe other Tennesseans haven’t had that experience, but for me, fried pies were Tennessee’s signature pie.

The fried pies that I grew up with (and still love!) were banana fried pies that my mom would make with canned biscuit dough. There is really nothing quite like them…oozy and gooey and sweet. I love them! I decided, though, that I wasn’t going to mess with those fried pies of my childhood…not now anyway. Instead, I decided to take the flavors of the season-peaches-and envelope them in pastry crust before frying them up and serving them with a raspberry dipping sauce to make peach Melba fried pies.

I never knew, though, that most fried pies are actually made with dried fruit. Apple, peach…both traditionally made with dried fruit. It makes sense, really…putting a bunch of wet, mushy peaches in the center of some pie dough before plunking them into some hot oil seems like a recipe for pie disaster to me. I wanted my peach Melba pies to contain fresh summer peaches, though…not bagged dried peaches from the store. Solution? Just cook the peaches with some brown sugar until it makes a thickened, syrupy sauce. Serve with a glorious red raspberry dipping sauce for beautiful peach fried pies with raspberry sauce. I rest my case.

The prep/cook time does not include time for the dough and the peach filling to chill. The dough recipe makes more than you will need. Refrigerate or freeze for later use, or double the recipe for the filling and make more pies!

Click here to print the recipe for peach fried pies with raspberry sauce! 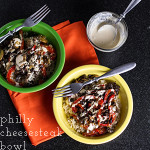 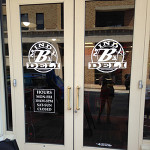