Right before Christmas, one of my friends was inquiring on Facebook as to were she should go for a solo lunch on the North Shore. Another friend (who is also a loyal Chattavore reader) suggested a restaurant I’d never heard of-OPA Greek Restaurant. A few weeks later another reader commented on my page that we needed to visit. Okay, I was all in. We tried to go last week but I literally had a meltdown in the Coolidge Park parking lot because I was trying to finish up studying two semesters’ worth of behavior analysis (thank you Jesus, my exam is scheduled for 2/25) and couldn’t bear the thought of feeling obligated to write anything. I am not proud of that moment. Anyway, we ended up having burgers at Elemental and heading back this week, now that I am done with gigantic binders of class notes and have moved on to flashcards and targeting key concepts. But I digress.

I will admit that I am not exactly a Greek food expert. There are not exactly lots of opportunities in the Chattanooga area to eat authentic Greek food…Acropolis is, well, at Hamilton Place, and the Epicurean, which doesn’t serve exclusively Greek food but does have Greek food on the menu, has tiropitakia I would like to proclaim right now is one of the best things I’ve ever put in my mouth but I haven’t eaten there in some years. Some of my very favorite things are traditional Greek foods, though….feta? Hummus? Pita bread? Spinach prepared in all manners? Heck, I’ve even made peace with olives of late. But obviously I’ve just scratched the surface of Greek cuisine. Still, I wanted to give it a try.

Let me give you a warning. This is the tiniest restaurant I’ve ever set food in. There are two tables-one with six chairs, one with four-and three counters with a total of eight or nine chairs. Once we sat down, the seating in the place was full. Apparently, pretty much everyone had come in all at once and the owner was busy checking on the meat (which they cook outside behind the restaurant), helping in the kitchen, running food, and taking orders. I snagged our stools and Philip waited at the counter to order.

We decided to order some spanakopita (spinach & phyllo pie) as an appetizer ($5.00….they have a meal-sized portion served with a side of roasted potatoes for $9.00). I was tempted to try the appetizer special of tzatziki, hummus, and olive dip, but wanted to try their take on spanakopita. It was light-not super buttery, like some spanakopitas are, perfectly browned, and filled with spinach, leeks, and just a touch of feta, as opposed to being bound together by an excess of feta cheese and other binders like most spanakopitas that you find. Philip thought that it needed more salt, but I thought it was perfectly seasoned.

The entrèe menu contained such items as zucchini pie, moussaka (a layered casserole of sorts consisting of spiced meat, eggplant, and potatoes), and pastichio (basically Greek lazzania, as they have spelled it on their Facebook page, with pasta, béchamel, and ground beef). I seriously considered getting the pastichio and likely will when we go back…another diner had it while we were there and it looked seriously delicious, but decided that it sounded a bit heavy for how I was feeling. I decided instead to order the “Greek Souvlaki”, which contained pork, vegetables (red onion and tomato) and came with a little cup of tzatziki spiked with olive oil and a single kalamata olive, plus a dolmade (stuffed grape leaf) on the side. Unfortunately, they were out of the pork, so I got chicken instead (I have a confession….I have not fallen in love with lamb yet. I am working on this.). The chicken was in huge chunks and the pita bread is handmade. It was the best pita bread I’ve ever eaten….made in large batches and stored into the refrigerator until time to serve then grilled (or however they’re crisping it) until perfectly crunchy. Everything was beautifully seasoned and the tzatziki was wonderful, not watery like my tzatziki always is. And the dolmade? Well, I’ve hated every stuffed grape leaf I’ve ever attempted to eat….but I liked this one. It wasn’t too briny tasting and there was a nice herby freshness to the filling (rice-based).

Philip ordered the gyro, which, if you aren’t familiar, is (please forgive me for this Draconian description) basically like a spiced lamb meatloaf spit-roasted and thinly sliced and served up on pita bread with vegetables and tzatziki, just like mine. Guys….this meat. Goodness. It was delicious and suddenly I forgot that I haven’t learned to love lamb and kind of wished that I’d ordered it too. The spice was amazing and it was cooked just right. So, so good.

For dessert, the menu board said they had baklava and chocolate cake. Let me tell you something about the man I married: there are two menu items that he is unable to refuse: crème brûlée and baklava. While I was washing my hands (that was one messy souvlaki), Philip ordered the baklava. It was unlike any baklava I’ve ever eaten…filled with almonds and pistachios (pretty standard there) and drenched in butter and honey (okay, still standard) but lacking the layers and layers of phyllo that I’ve always recognized as baklava and consisting instead of a topping of phyllo shredded so finely that it resembled shredded wheat and heavily spiced with nutmeg. I love nutmeg. My eyes may or may not have rolled back in my head as I was eating it. Philip declared it the best baklava he’d ever eaten-a dangerous statement since I make baklava…but true because there’s just so much sugar and butter in it and phyllo is just so delicate that I always manage to burn it around the edges, so I let him off on this one (consider the gauntlet thrown down, though). The owner told us that it is made there…they want to elevate the expectation beyond something ordered from a restaurant supplier and stored in the freezer until the day it’s served.

OPA Greek Restaurant strives to purchase as much of their food as possible-meat and produce alike-from local farmers, recognizing that this is best for the local economy as well as for the quality and flavor of the food. Based on my experience today (obviously I can’t speak for every day), it’s not a place to go if you’re in a hurry….but for fantastic, delicious, authentic Greek food at a fair price ($29 pre-tip for an appetizer, a souvlaki, a gyro, and a baklava), this is the place to go. While I didn’t feel that anything that we ate was particularly heavy, I was so full when we left! They offer daily specials and the owner told us that he tries to offer lots of new things to keep the menu interesting.

I for one look forward to going back to OPA Greek restaurant and honing my love of Greek food.

OPA Greek Restaurant is located at 249 River Street, Chattanooga, TN (in Coolidge Park, behind North Chatt Cat). You can call them at 423-305-0038. While their Facebook page states that they are open from 11-5 daily, I heard the owner tell another diner that they were open until 7:00, so I am not sure if that is daily or just on the weekend. They do not have a website but you can follow OPA Greek restaurant on Facebook. 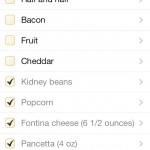 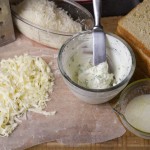