North Chatt Cat was a dive restaurant/bar (now closed) that was formerly located on Chattanooga’s North Shore near Coolidge Park.

Do you guys have any idea how difficult it is to find a butter dish?  When I wrote my biscuit post a few weeks ago I took a picture with my very utilitarian Snapware butter container in it and made the observation that I really needed to get something cuter.  I’m thirty-four years old, y’all.  I don’t do a lot of entertaining but a 34-year-old woman really should have a presentable butter dish.  Anyway, we set out to Mia Cucina yesterday looking for a nice butter dish and came up with nothing.  Seriously.  In fact, the only one I saw yesterday at all was a crystal one from Belk.  A crystal butter dish.  A very large crystal butter dish.  It looked more like a butter cloche.  No thanks.  Anyway, I think I’m going to order a Fiesta Ware butter dish.  Did you know that Fiesta Ware is made in the USA?  I’ve never been a huge fan, probably because I’m not really into the bright colors, but I think I’m going to start building a collection of black & white Fiesta Ware.  It shouldn’t be too big of a surprise since we’re all about local food, but we are big on “made in the USA”….better quality and supporting the US economy and job market.  I found this website yesterday: http://stillmadeinusa.com/. Fascinating.

Anyway, since we paid for parking downtown we decided that we should just go ahead and eat down there, and since Mia Cucina is right across the street from North Chatt Cat, which is about the only place on the North Shore that we haven’t visited from my “list” it seemed logical to go there.  Plus, they have outdoor seating and the weather was glorious.  We grabbed the last table on their patio after walking through their indoor seating area which smells like burgers (surprise, surprise, I know!).

There was one server working and she brought us a menu after we sat down.  The menu is very simple: sandwiches, extras (like cheese & bacon), sides, non-alcoholic drinks (tea & fountain drinks), and beer.  That’s it.  There are two prices for each item: a price for those paying with cash and a price for those paying with credit.  Cheap beer (PBR, High Life) abounds but they do have a few more, um, “upper crust” varieties like Yuengling and Sam Adams.  As far as imports, I saw a guy drinking Red Stripe (which is Jamaican but produced in the U.S. so I guess technically is not an import) before we left, and I think I saw Corona on the menu but I’m not sure.  They don’t have a website and the menu from Urbanspoon does not have the beer menu from the back page so I’m not positive.

There are quite a few sandwiches on the menu, including a veggie burger, a black bean burger, a Reuben, and a grilled cheese.  There are also chicken fingers on the menu.  There are several sandwiches with animal names, like the hound dog, which I am assuming is a hot dog (there’s no description) and the Tweety Bird, which is grilled chicken.  Philip decided on the bison burger because if a restaurant has a bison burger he must order it.  I decided on the Puddy Cat, a 1/3-lb burger, after considering the 1/2-lb Ally Cat but deciding I did not need to eat a 1/2-lb burger.  I also contemplated a BLT but ultimately decided to try the burger.  I asked for onion rings ($1.00 up-charge) but unfortunately the fryer was on the fritz.  Our server told us we could have chips (chips,fries, or tots are included in the price of the sandwich) or she could take off the side and charge us $1.00 less.  We opted for the chips.  We each ordered cheese on our burger as well ($0.25 up-charge).  (pictured below is the Puddy Cat)

Our burgers came out pretty quickly (within about 10 minutes).  Nothing fancy about the presentation: a red burger basket with a piece of parchment.  The buns were just a standard, out-of-the bag bun, with iceberg lettuce, a tomato slice, pickle chips, American cheese, mayo, & mustard.  Philip also had onions.  The chips were just plain old Lay’s…not much to say there.  My burger was a fairly thin patty, cooked through and well-seasoned with that classic greasy spoon burger taste  (not a bad thing).  Not too much mayo or mustard, also a good thing….often places just drench the sandwiches in condiments but these had just the right amount.  Philip’s bison burger was much more rare than mine, probably about medium, because bison meat dries out very easily so you cannot overcook it or it isn’t worth eating. (pictured below is the bison burger)

I wouldn’t call these burgers the best in Chattanooga but they were just good old greasy spoon burgers.  This place is definitely a dive, but it’s been around for a long time (ten + years, I believe….I’m pretty sure they opened when I worked on the North Shore in college).  The food is tasty but not unique.  There were some older guys sitting next to us who were obviously regulars, and there were other diners young and old.  It’s definitely a mainstay and worth checking out.  If you can find a seat on the deck/patio, the views are awesome.  We even saw a couple standing at the edge of the deck, looking toward the river, to drink their beers (there were no seats available on the deck, though there were several inside).  By the way, our total was about $17.

North Chatt Cat closed in 2015 but has been replaced by another restaurant. 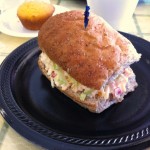 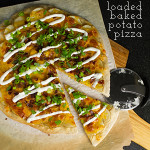