Saturday was one of those days that we set out with no real plan in place.  I scrolled through my “list” on my phone and pretty much came up nil. Not that there was nothing worthwhile, but I was feeling pretty undecisive. Philip suggested Merv’s (a bar/dive in Red Bank that’s touted to have the best burgers in Chattanooga) but we nixed that idea because (a) Philip really wasn’t feeling greasy food; and (b) it’s a bar, which means it’s probably going to have to be a to-go sort of deal. We don’t do cigarette smoke. We drove down Signal Mountain Road and considered Petunia’s Silver Jalapeño (I think we’ll end up visiting them at their Warehouse Row location for the seating) before deciding on Nooga-Q.

I can’t remember if I’ve seen this place before or not, but someone (I don’t remember who) recently suggested it to me. It’s smallish and not too decorated, with concrete floors and a big aluminum panel on one wall (or at least I think it was aluminum). A friendly girl told us to be seated then brought us menus and took our drink orders (water, of course). There were not a ton of other people in the restaurant, but there were several other tables being occupied by diners.

The menu had more than you usually expect of a barbecue menu. A fairly large appetizer section boasted fried pickles, fried green tomatoes, and barbecue quesadillas (among other items). Soups and salads included chili, Brunswick stew, and a “Boss Hog” salad topped with smoked pork (interesting concept!). A full page of the menu is devoted to catering/bulk to-go items. There are sandwiches (BBQ sandwiches come with sauce and slaw), burgers, and hot dogs (all of which can be made into a combo for an additional $2.25) and plates (including ribs, catfish, and country-fried steak) that include 2 sides and Texas toast. And, since this is Chattanooga (and apparently this is a Chattanooga thing) there was a menu of stuffed baked potatoes. Smoked meats include pork, beef, chicken, and beef brisket (somewhat unique…most BBQ restaurants around here don’t have brisket).

I couldn’t decide whether to order the pork sandwich or a stuffed potato. Our server recommended the potato, so I took her recommendation. It was a large potato, chopped up and topped with smoked pork, cheddar cheese, butter, sour cream, and barbecue sauce. The pork was tender and smoky, but not artificially so. There was just the right amount of topping; nothing was overpowering and I could taste each topping. Sometimes if the meat is sauced before being placed on the potato, the flavor of the sauce drowns out everything else. Not so here. I even liked the Texas toast….it was buttery and crispy. I would have added some chives or chopped green onions, but I found this to be a pretty tasty meal.

Philip knew that he was going to order a plate but couldn’t decide between the smoked pork and the brisket-two of his true loves. The server recommended the brisket, so that’s what he ordered, with baked beans and fried okra. He decided to forego the Texas toast (he truly hates Texas toast). I think the okra was frozen, which is one of my great disappointments with most restaurants. It really is difficult to find fried okra that isn’t frozen (Wisteria Café was the only place I’ve found it, and now it’s gone!). It tasted okay, though. The baked beans were really good, smoky and with a sweetness that we couldn’t quite place (molasses? Brown sugar? We never did figure it out.) and a big chunk of smoked pork in it. He did really like the brisket, which was sliced and drizzled with sauce. It was very tender with a nice amount of smoke flavor.

Our total for this meal was around $15 before tip. Here you pay at the counter, where we asked the girl who was serving and working the counter if the sauce was homemade. She wasn’t sure…which makes me think that it might not be, since it seems like if it was everyone would know. It was good enough, so I’m not complaining…but I’d like to know the answer.

We really love smoked meat here in the Haymaker house. This was pretty good as smoked meat goes but I don’t think I’d call it my favorite. I have yet to decide where my favorite is, to be honest…I’m still sampling. One of these days we’re going to get a smoker! Until then, the search is on for the best barbecue in Chattanooga. Give Nooga-Q a try and let me know what you think….or if you have any other suggestions for me! 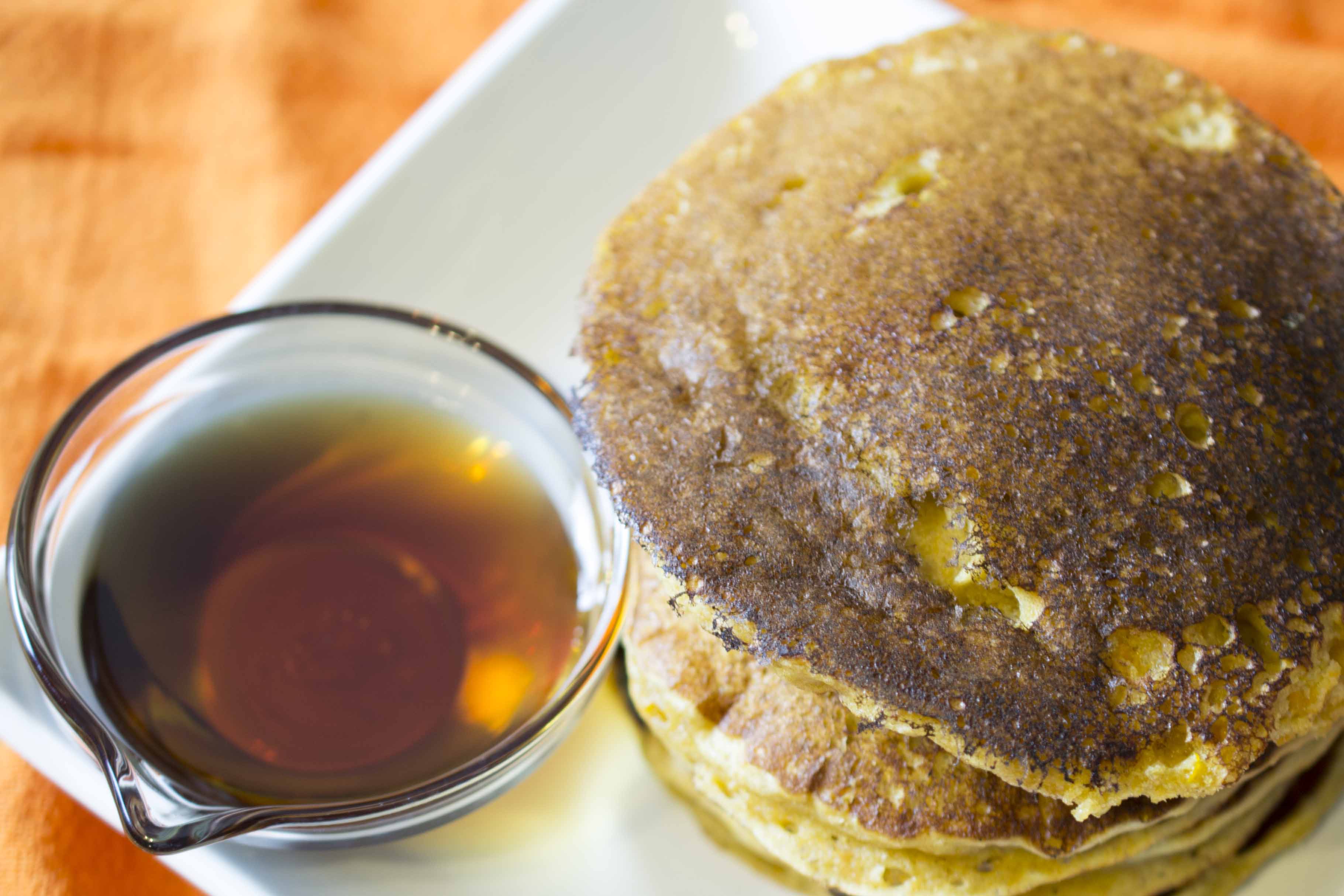 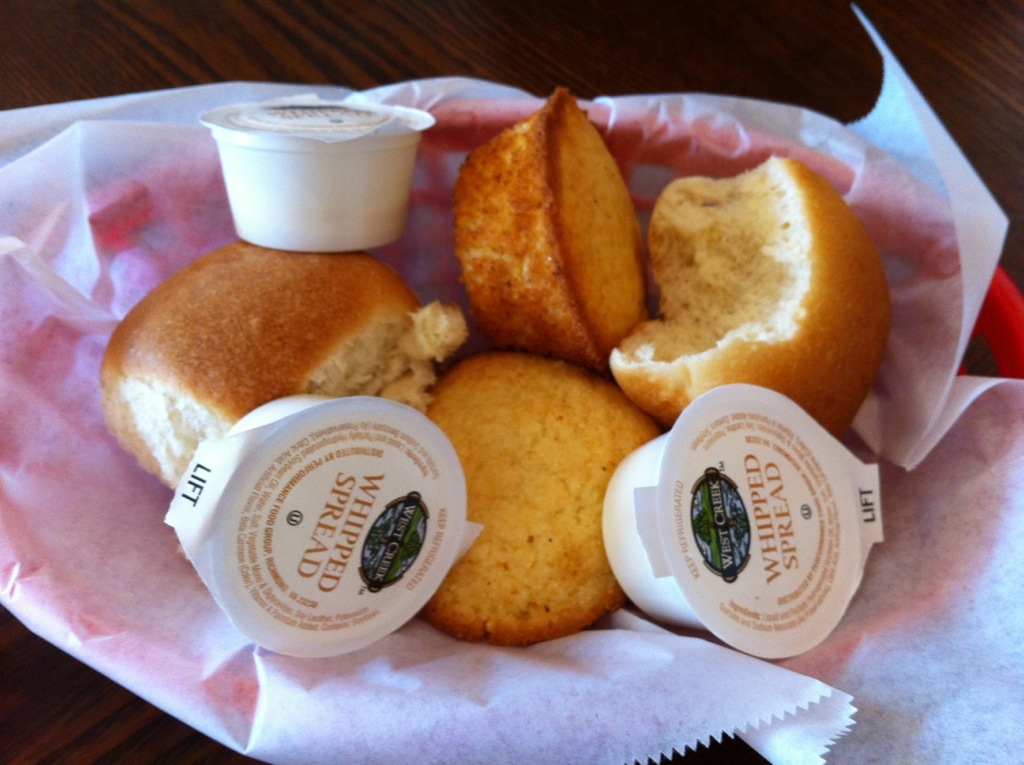