Mt. Vernon restaurant has been around in Downtown Chattanooga for the last 61 years, and I don’t think it’s going anywhere any time soon.

Last week, I met up with Sean Phipps of Nooga.com and Date Night Dining fame for a a joint restaurant review. Why it has taken us this long to join forces, I am not sure. I would say that am also not sure why it has taken me this long to visit Mt. Vernon restaurant – it’s been around forever – but that would be a lie. Several years back (like, before the blog) I went there and remember being underwhelmed. I don’t remember why. I just remember being kind of “meh” about the whole thing. I’ve been meaning to go, though, to try out the famous Mt. Vernon amaretto cream pie, so it was one of the ideas I threw out to Sean and that was the one he chose.

We arrived at Mt. Vernon restaurant at around noon on Wednesday. The fact that they have a parking lot is a nice reprieve from the grind of attempting to find a place to park at any of the places in the heart of downtown. Despite the bustling lunch crowd (seriously, there were a LOT of people in there), we were seated immediately. Our server, Maureen, greeted us immediately and took our drink order. She was super friendly and helpful, a plucky lady who has worked there for a long time. Sean decided on the peach iced tea, a house specialty, while I got water. He ordered his tea unsweetened, as Maureen told him that the peach syrup was probably enough sweetness, and he agreed after he tasted it.

We were given two menus: a specials menu and a regular menu. Maureen recommended the fried chicken and the almond-crusted haddock. I had not heard anything about Mount Vernon restaurant’s almond-crusted haddock, but I had heard wonderful things about their potato-crusted haddock, so I ordered the haddock. For $14.95, I got two pieces of haddock covered with a creamy lemon sauce with two sides. For my sides, I chose the squash casserole and the cucumber and tomato salad, which was one of Moe’s recommendations. The funny thing is, one of my friends was sitting at the table across from us and she ordered exactly the same thing. We did not coordinate that at all!

Mt. Vernon restaurant’s almond-crusted haddock was nicely coated and sautéed until lightly crunchy. I am pretty sure it was cooked in butter. The seasoning was perfect and the fish was very tender. I loved the creamy, tangy sauce. The squash casserole was buttery and cheesy, topped with buttery crackers, just like you expect to find at any Southern potluck. The cucumber and tomato salad was nice and fresh, with an acidic hit of vinegar cut with some sugar. My only complaint was that it had big chunks of red onion, but they were large enough that I was able to easily eat around them.

Sean followed Maureen’s recommendation and ordered the fried chicken, also a special at $10.95. He decided to have his fried chicken with macaroni and cheese and pinto beans. While Sean liked the fried chicken, he said it was not his favorite and he would have preferred a crispier skin/coating. The macaroni and cheese was practically dripping with cheese, and he described it in his column as “buttery and sinful”. It looked great, and I should have gotten my fork in that bowl…but I don’t know Sean that well, and I don’t go eating off the plates of new people…might make a bad impression. He liked his beans but said that there was nothing really special about them.

When Maureen came around and asked if we wanted dessert, we were ready, having pushed away our plates in time to save room for pie. I didn’t even have to think about my dessert…it was a foregone conclusion that I was going to order amaretto pie, the dessert specialty at Mount Vernon restaurant. Sean decided to order the dessert special, lemon meringue pie. I have made amaretto pie before (I’ll be sharing a recipe eventually) but my version was creamy all the way through and theirs had a custard base with a creamy top. It was almondy and delicious, and I’ll definitely be modifying my recipe to include a custard base. The meringue on Sean’s lemon meringue pie was huge. I honestly prefer a higher lemon to meringue ratio, but I did ask Sean if I could taste the pie and the lemon filling was sweet, tart, and tasty.

The total for our entrees, two slices of pie ($5 each) and a glass of tea was $43 pre-tip….not the cheapest in town but not a bad price considering the amount of food we got. The decor here, updated a few years back, is homey and a little old-fashioned (Sean likened it to “your grandmother’s house on Lookout Mountain) and the atmosphere is bustling but not loud. Everyone was extremely friendly and helpful. I would definitely go back to Mt. Vernon restaurant for more of that delicious haddock and amaretto pie! 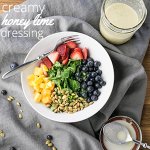 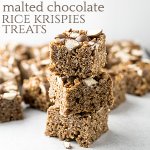