I’ve done a couple of posts about restaurants in Cleveland recently and this past weekend we decided to head to another neglected area area-Dayton, Tennessee-to check out a spot that several readers and friends have told me that we need to try. Monkey Town Brewing Company opened just seven months ago in June 2015 as Dayton’s first brewery and brewpub. Started by father and son team Alan and Kirby Garrison, Monkey Town started off serving high-quality food and great craft beer from other breweries while they got their own brewing operation off the ground. It took a little bit to get all the permits and licenses straight but after a few months they were able to start selling their own brews as well.

Monkey Town Brewing Company is located in downtown Dayton. They don’t have a parking lot but there is free parking on the street and in a public parking lot across the street (there is also another parking lot down the street beside the public library. When we arrived on Saturday afternoon around 2:00 p.m. the place was not crowded but there were quite a few tables occupied. We were honestly a little concerned because there was only one server, Jory, working (with a little help from the bartender), but she is pretty good at her job because she juggled all those tables pretty stealthily. The bartender brought us our menus and grabbed our waters while we perused them.

The menu is divided into appetizers/shared plates, salads/soups, sandwiches, and entrees. They also have an extensive draft beer list and wines/cocktails. There are also daily specials, which, on this day, included Cajun chicken pasta (which I saw a lot of people eating), salmon Oscar, a steak dish, and one other item (I should have taken photos of the specials, apparently, since I can’t remember them now). Philip decided to get a flight (4 5-ounce samples) with Monkey Town’s “Do You Even IPA, Bro?”, Lagunitas Nighttime American Black Ale, Founders Porter, and Black Horse Vanilla Cream Ale. I obviously can’t go into any details about his beers, but he did say that the Monkey Town IPA was very good (and he is not a big IPA fan these days). The flight was $11 (usually $7, but there is an uncharge for high-gravity beers).

We also decided to order an appetizer, beer cheese. The beer cheese is served with your choice of grilled pita, French fries, or tortilla chips. Since we were planning to try the fries with our entrees, we decided to get tortilla chips with our beer cheese. The beer cheese was thick but “dippable” with some herbs mixed in. It tasted fairly hoppy so Philip thought it might have been made with the Monkey Town IPA, but Jory told us that right now their supply just isn’t big enough. I would have liked to have had more chips, but since we didn’t we had some beer cheese left over to dip our fries into. If you go with a group, ask for extra chips or get two orders of beer cheese.

I got stuck between the Philly cheesesteak with sliced New York strip steak, cheese sauce, peppers, and onions on a flour-dusted hoagie roll, or the fish & chips, battered cod served with fries, coleslaw, and tartar sauce. I asked Jory for her opinion and she told me that she would go for the fish & chips, mainly because she’s just never been a fan of Philly cheesesteak sandwiches. I usually go with my server’s recommendation, so I did just that. You can get a full order (two 5-ounce cod fillets) or a half order (one 5-ounce cod fillet) so I went with the half, which I think was more than generous. The batter on the fish was perfectly brown, crispy, and delicious and clung to the fish perfectly, which can be a rarity. The tartar sauce was very good, very “pickle-y”, which I consider a plus, and they had malt vinegar, which is essential if you are eating fish & chips. The fries are very unique-they are cut in a twisty shape and have a crust that makes them seem battered, so they are very crispy; they are also very well-seasoned. The coleslaw consisted of shredded cabbage, grated carrots, a light and slightly sweet mayo dressing, and celery seeds. It was quite good.

Philip decided on the burger, which was served on a bakery bun with lettuce, tomato, and onion. He also added American cheese ($0.50) and bacon crumbles ($0.75). The bun was nice and soft and the meat was cooked to have a nice crust on the outside while still being nice and juicy on the inside. The condiments (mayo, mustard, and ketchup) are served on the side so that you can add your own to get the right ratio. Unfortunately, after we ate, I heard Jory telling the couple next to us that though it isn’t on the menu, you can order the burger with beer cheese…next time we’ll have to try that. Definitely a great burger.

While we were finishing up our lunch, a couple around the corner from us was served a big, delectable-looking hunk of bread pudding topped with whipped cream. We were quite tempted to order some as well (the other desserts available were chocolate lava cake and cheesecake) but we would have needed to be rolled out. Everything that we ate was amazing so we would have loved to have checked out the dessert menu. The prices weren’t terrible either-including beer cheese ($6), fish & chips ($7), a bacon cheeseburger ($9), and Philip’s beer flight (the most expensive part of our tab at $11), our pre-tip total was $35.42.

The atmosphere at Monkey Town Brewing Company has a great vibe, with dark wood and metal paneling and large chalkboards with specials and the beers on tap listed. You can see the brewing space through large windows and Kirby (who is the brewer) gave Philip a “tour” of the brewing space (it’s a very small space and they only brew one type of beer at a time). He also took some time to talk to us about why they chose Dayton as opposed to Chattanooga: they knew that they could have more of an impact in an area that doesn’t have a restaurant/brewery on every corner. I would say that’s a fair assessment. Dayton has some good restaurants but nothing quite like this. If you are looking for a great restaurant with fantastic, fresh food and great beer (and live music or trivia from time to time!), check out Monkey Town Brewing Company! 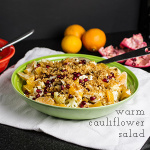 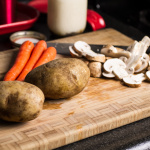