MoMo Hibachi is a popular hibachi restaurant that serves great, inexpensive hibachi food in a casual atmosphere in Soddy-Daisy, Tennessee.

I’m not really sure how MoMo Hibachi has been in Soddy-Daisy for at least a year or two and I have never been there. That doesn’t really matter, though. Saturday was the day. It was a terrible rainy day and we have been working on giving our kitchen a facelift, painting the cabinets and countertops (that, my friends, is a process!) so we didn’t want to venture too far away from home. We headed over to MoMo at about 2 p.m., when there was only one other table occupied.

We had a seat and the server brought us menus and took our drink orders. The restaurant is clean and fairly sparsely decorated and is somehow smaller than I had envisioned (El Metate takes up a large portion of the strip mall). We spent a few minutes perusing the menu, which consisted of appetizers, salads, fried rice dishes, and yakisoba dishes.
We decided to order some spring rolls, which came out very quickly. The spring rolls were light, perfectly fried, and stuffed with cabbage and a few carrots. They came with a packet of hot mustard and a couple of packets of duck sauce in those telltale takeout plastic packages.

Entrees come with a side salad, which is served with ranch, honey mustard, and ginger dressing; we both chose ginger. The salad was a pretty standard hibachi restaurant salad, just iceberg lettuce and carrots, but the ginger dressing was not the thick orange dressing that you find at Ichiban. It was a thin, very sweet gingery dressing and was very tasty though maybe a bit too sweet right at the bottom of the salad.

I couldn’t decide whether I wanted chicken, steak, or shrimp, so I decided to get all three with fried rice. The rice was well-seasoned and the meat cooked well and, again, seasoned well. I would have liked to have gotten a little more of the vegetables (zucchini and onions) and maybe some mushrooms too. However, I really liked the dish and it was a large portion for the price ($7.75) and I brought home leftovers. A bottle of “MoMo sauce” was brought to the table as well. It was the standard Japanese Yum-Yum sauce, sweeter than my Japanese White Sauce but very tasty.

Philip also decided to get the chicken, steak, and shrimp combo but he decided to get the yakisoba noodles instead of rice. His dish was very similar to mine, except, of course, for the noodles in place of the rice (the yakisoba chicken, steak, and rice combo was $7.95). The noodles were thick and chewy, very delicious. We liked them a little bit better than the rice. This will probably be the standard order for both of us when we go back, though I’ll probably order the steak from now on as it was my favorite of the three meats.

The service was good. There was one server working. While we were there, quite a few tables filled up and she managed to check on us several times, keep our drinks filled, and take our credit card when we were finished while waiting on the other tables. The food came out quickly and was fresh and tasty. The portions were good for the price. 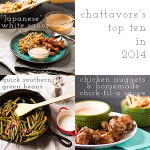