Mike’s Hole in the Wall is a popular bar near Chattanooga’s North Shore that serves some of Chattanooga’s best burgers and fries!

So, after I posted “The Top Ten Burgers in Chattanooga (according to Chattavore)“, I learned that you guys like burgers a little bit. And you have pretty strong opinions about them, which I have thoroughly enjoyed hearing! I’ll be honest, I was a little concerned that some people might be rude if they disagreed with my rankings, but no one has-everyone has been respectful (with maybe a few good-natured digs, which I am so okay with). But one message was conveyed: while most of you were at least mostly in agreement with my list, I still have some places to try.

One of those places was Mike’s Hole in the Wall. I’d actually heard of it a while back, but because it is literally a hole in the wall it’s pretty easy to miss, or to not think about. Several people told me that I really did need to try it, so we decided to make that our burger destination for this weekend (I’m not going to lie, as much as I am obsessed with burgers, I think I need to take a burger break for the next week or so…next weekend’s review will not involve a burger).

We went to Mike’s at around 2 p.m. on Saturday, parking in the gravel lot next to the building (others were parked on the street, and we also saw people park in the paved lot of the business next door, which was not open…that may be a no-no during that business’s business hours). There was a server/bartender and a cook working. The server (whose name I completely forgot to ask for, which I hate because I really do like to mention my servers by name) told us to sit wherever we’d like (we sat on the deck) and brought us food menus. Philip was glad to see they had some craft beers on draft, though they only had standard domestics in bottles. He ordered a Goose Island IPA, which he declared “solid”.

Mike’s has a pretty impressive menu for a bar (by the way, it’s a non-smoking establishment and I assume all-ages…I don’t recall seeing any signs otherwise. Please correct me if I’m wrong!). They have quite a few appetizers, including some that aren’t standards-like Buffalo shrimp, Fritos chili pie (I was sooooo tempted), and Buffalo egg rolls. The burgers can also be made into chicken sandwiches, and they have 10 burgers to choose from, including the Classic, the Black & Blue (with blackening seasoning and blue cheese), and the Faith (with bacon, American cheese, honey mustard, Mike’s wing sauce, lettuce, and tomato). They also have deep fried hot dogs, several sandwiches, and a few salads.

We really didn’t need to think much about it, though, quickly settling on the Classic burger (I did consider the Faith, but decided to stick with simplicity for this visit). I ordered mine with American cheese and no onions, while Philip got his with cheddar, all the way. The burgers took a little longer to come out than I might have expected, but they were worth the wait. They are served on a Niedlov’s bun (5). The meat was well seasoned, thickly patted and cooked to a slight crust on the outside, but still juicy with the slightest bit of pink on the inside (3.5). The cheese was melted nicely on the burger, and you can choose your own (it’s $.50 extra on the Classic) (5). I didn’t find the condiments to be too heavy, and while the toppings were pretty standard (and I don’t usually put lettuce or tomato on my burgers), they have a great variety of ways to top your burger (4). For structural integrity, the burgers get a 3. Mine held together pretty well all the way to the end (getting a little messier on the last few bites) but Philip’s didn’t fare so well…I think the onion sent his over the edge. For size, it gets a 4…not too big, not too small, particularly considering the price ($5.99). The overall rating for this burger: 4.08. This puts them into the #9 spot on the list. So, thanks to all of you who told me to go to Mike’s!

The burgers and sandwiches don’t come with a side, so we ordered fries, which are listed on the appetizer menu ($1.99). There was a bit of a mix-up and we didn’t get our fries right when we got our burger, but they quickly came out after. They are described on the menu as “hand-cut, twice-cooked fries with a light seasoning”. They were absolutely delicious, some of the best fries I’ve had. They were cut thinner than most hand-cut fries, and the seasoning was perfect. It was a pretty gigantic bowl but we ate most of them…I just can’t resist good fries.

Our server was very friendly, and there were several people there while we were there who were obviously regulars. It’s a small place (though I’ve been in smaller), but the deck is great and there are quite a few tables. The prices are also very good, as our pre-tip total for 2 burgers, a gigantic order of fries, and a beer was $19.63. There are televisions and dartboards as well. So, if you’re on (or near) the North Shore and looking for a great burger, check out Mike’s Hole in the Wall!

Mike’s Hole in the Wall is located at 538 Cherokee Boulevard, Chattanooga, TN 37405. You can call them at 423-475-5259. They don’t have a website, but you can like Mike’s Hole in the Wall on Facebook. They are open 7 days a week for lunch, dinner, and “late night” though I forgot to check their hours and couldn’t find exact hour online, so if anyone knows them please let me know! 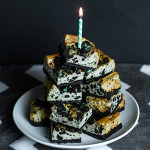 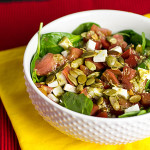