In the life of a teacher (or school system behavior analyst), Fall break is easy come, easy go. Easier go, for sure. The nine weeks leading up to any break don’t really feel so easy come! This year, we decided to forego any real traveling and instead just hang out around Chattanooga and save our money for a trip we’re planning to take next summer, to visit friends who will be living in Maine by then.

We thought about visiting Miss Mary Bobo’s Boarding House in Lynchburg (and one of these days we’ll get around to it) but I’ve been wanting to try apple picking for some time now so we decided to take advantage of this being apple-picking season and instead go to Mercier Orchards in Blue Ridge, Georgia. They extended their “u-pick“, which usually is only available on Saturday and Sunday, to Friday through Monday for Columbus Day weekend, so we went on Friday.

So did a lot of other people. We got there early, though, so we didn’t have to stand in line; we just paid $3 apiece for apple picking and $12 for a peck-size bag for our apples (you have to purchase a bag from them, so you don’t need to take your own bag). We jumped on a trailer behind a tractor and took a little tour around the orchard, learning about the family that owns the orchard (it’s still owned by the same family that started it, and almost all of the children and grandchildren work there in some capacity).

The day that we went, the apples ready for picking were Fuji, Ambrosia, Suncrisp, Cameo, and Corail. Our tour guide told us that Ambrosia apples were his second favorite (after Pink Ladies, which were not available yet) so we tried to get some of those little yellow & red gems, but we really had to look for them! Most of them had been picked or fallen off of the trees, but we did manage to find quite a few. The others were more plentiful, and it didn’t take too much for us to fill our little bag up. We got to taste an apple fresh off the tree (you are free to eat anything you want in the orchard) and learned that most of the apples that we buy at Publix come from Mercier, but by the time they make it to the store they’ve been in cold storage for at least six months. Wow.

And then…and then we went to the store. The store at Mercier Orchards is kind of like what I imagine that the Cracker Barrel in hell might be like. Okay, obviously I am exaggerating…but it was wall to wall people and crowds like that make me a little edgy. I survived, but I didn’t get any fried pies because we were not about to stand in that line. I’ll live to see another day, though. I did get some cider doughnuts (just the cinnamon sugar kind…the powdered sugar kind don’t really do anything for me) and some apple butter. Philip got a couple of bottles of hard cider. He’s not a hard cider fan, so we’ll see how that goes.

After we left Mercier Orchards, we headed to downtown Blue Ridge to eat at Blue Ridge Brewery (you can eat lunch in the deli at Mercier but it was way too crowded for us to even consider that). Philip tried a flight of their in-house brews (their brewer was out of town, so they only had 3 beers available and there is some odd law that because they don’t distribute their beers that they cannot mix them in a flight with other brands). He tried a hefeweizen, a kölsch, and two glasses of the stout. He also tried the burger, which was large, well-cooked, and juicy, with a side salad and roasted potatoes. I had a Philly cheesesteak (the lunch special) with roasted potatoes. The sandwich was delicious, with tender steak and well-cooked, caramelized vegetables.

After lunch, we took a little jaunt around downtown Blue Ridge. You can take a ride on the Blue Ridge Scenic Railway, and downtown is kind of like a mini Gatlinburg. There are tons of restaurants and quite a few little shops. Apparently, there’s another brewery, Grumpy Old Men Brewing, just a few blocks down from downtown. We didn’t go there, but if we go back to Blue Ridge we’ll definitely plan to check it out.

Okay…the point of this? Chattanoogans (or Southeast Tennesseans, or North Georgians), if you are looking for a great day trip, apple-picking at Mercier Orchards and just “being a tourist” around downtown Blue Ridge are a great way to spend a day! 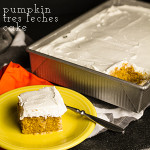 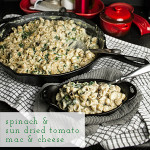