A little late, but I made you guys this marbled pumpkin cheesecake for National Cheesecake Day (and Thanksgiving)! Now, someone come eat it…

There’s a problem with cheesecake in my house. I married a man who doesn’t like it. Nothing about it. He hates the graham crackers that typically make up the crust and he says that eating cheesecake seems to him like straight up eating a block of cream cheese. Look, he’s got plenty of strengths in other areas. I have to forgive him this one thing. What’s more with this cheesecake is that he really doesn’t like pumpkin either. So come over and grab a fork because my fridge is full of marbled pumpkin cheesecake and I’m already having trouble buttoning my jeans. Seriously. SOMEONE COME EAT THIS CHEESECAKE.

For this marbled pumpkin cheesecake I decided to completely forego the graham cracker crust and use ginger snaps instead, taking a cue from The Smitten Kitchen Cookbook. Then I substituted whiskey-Chattanooga Whiskey, to be exact (we’ll just have to call this Chattanooga Whiskey week on Chattavore, since there was whiskey in my caramel on Tuesday)-for part of the cream and swirled some pumpkin and some spices into half of the batter. An hour and a half in the sauna (that is, a water bath in my oven) and I turned out this beauty. And I want to go eat a slice right now. It was delicious (by the way, Philip’s comment was “It’s all right, I guess.” Coming from Philip, that’s practically a compliment to my pumpkin cheesecake!).

Marbled pumpkin cheesecake with whiskey is a great way to shake things up – just a bit – for your Thanksgiving dessert table!

This recipe is adapted from The Cook's Illustrated Baking Book

For the crust
For the cheesecake 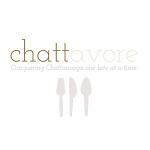 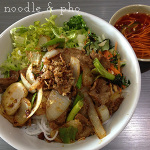