Lupi’s Pizza in Hixson, Tennessee uses as many local ingredients as possible in their delicious, fresh pizzas, salads, pastas, and breads.

I’ve written about the Lupi’s Pizza in Hixson location once before, at the very end of my 2012 summer break when I just couldn’t find the will to cook.  Okay, so that’s a bit of an exaggeration, but after many years as a teacher I have learned a couple of things: (1) I don’t want to cook the night before I have to go back to work, even though there are no kids on that first day back; and (b) I don’t want to cook on the first day of school, though this year I sucked it up and did just that.  Actually, I think I did both of those things.  But anyway.

I decided that because I just wrote about a take-out pizza that I wasn’t really doing a review of Lupi’s justice.  For some reason (maybe because I am so comfortable and happy making pizza in my own kitchen, so that’s where the majority of the pizza that I eat comes from), I rarely think of Lupi’s when trying to decide on a place to eat, even though it is easily the most local (in terms of the sources of their ingredients) restaurant in the Hixson area and I’ve always enjoyed their food.  After a recent visit with a friend where I topped a couple of slices with weirdo combinations of ingredients (which are definitely my forté), I decided it was time for a return review.

Because Lupi’s Pizza definitely fills up on weekend evenings (really, every evening but especially weekends) we decided to go early, arriving about 5:30.  There were only a handful of people in the dining room at the time and lots of empty spaces in the parking lot.  By the time we left, the dining room was definitely filling up and parking was scarce.  There was a lady ordering when we walked in, but we needed a minute to peruse the menu so it worked out pretty much perfectly.  We quickly decided on our order and were helped by a friendly cashier.  She gave us a table number (well, actually, it was a table word-Lupi’s) and sent us on our way.  Drinks are self-service, so we filled up our water cups and moved along.

Our food took about ten minutes or so, so I took the opportunity to snap a few pictures of the whimsical clouds hanging from the ceiling and the strange trees that for some reason make me think of the Wizard of Oz.  If you sit in just the right spot (we didn’t, because we wanted to sit near the window) you can watch the kitchen staff tossing and working the pizza dough behind the counter, which is one of my favorite things in a pizza restaurant.

We decided to each order one slice.  I got mine with the classic combo of spinach and artichoke hearts, and Philip decided on pepperoni and roasted garlic.  The slices are large but if you are just having pizza you should definitely plan on at least two slices (the cashier has a handy wooden pizza slice that they can show you so that you can see the size of the slices).  Slices can be topped however you’d like, but you cannot order special sauces (like white sauce) on the slices.  The first time that I reviewed them and the last time I visited, I had the honey-wheat crust, so this time I got the regular (white) crust.  I decided that, while the honey-wheat crust was perfectly tasty, I definitely prefer the regular crust, which is perfectly crispy, thin, and charred just a little, just the way I like my pizza.  The toppings are fresh and evenly distributed (though I did cut my artichoke hearts into smaller pieces and sprinkle them over a greater area of the pizza), and the ratios of topping/cheese/sauce/crust are excellent (I despise an overtopped pizza).  By the way, Philip’s pizza had whole cloves of well-roasted garlic (so they weren’t biting or overwhelming but just had a sweet garlic pungency).

Since a friend had told me that the lasagna was excellent, I really wanted to try it as well, so Philip and I decided to split an order of the vegetable lasagna in addition to our pizza.  One thing that Philip observed was that there was a lot of liquid in the dish, but I have to say from experience that it is nearly impossible to heat up a pre made vegetable lasagna without some liquid leaching from it, and making lasagna is a lengthy process that would be next to impossible (if not entirely impossible) to do from scratch to order.  The proof would definitely have to be in the pudding (or the pasta)…and it was.  The vegetables-spinach, mushrooms, and zucchini-were nice and fresh, with no ingredient overwhelming the others.  The sauce was a very fresh-tasting tomato sauce with a good hint of basil, and it was nice and cheesy without being too cheesy.  There was no burnt lasagna noodle crust, which I consider to be quite an impressive feat.  The house made roll served on the side was tasty, chewy (in a good way) instead of crusty, and hot but not “fresh out of the microwave” hot. I would love to eat this lasagna again.

The thing I love the most about Lupi’s Pizza is their commitment to serving local products as much as possible.  I also appreciate their simple menu.  While they have a great selection of pizza and calzone toppings/fillings, they don’t overwhelm you with a million separate menu items.  When restaurants only make a few things, they are more likely to do them very well, and Lupi’s definitely does pizza very, very well.  I would also love to try their salad sometime….maybe next time.  I don’t remember the total for our meal, but it was around $20.

Lupi’s Pizza located at 5506 Hixson Pike, Hixson, TN.  You can call Lupi’s in Hixson at 423-847-3700.  You can read more about them (including their other locations) on their website, http://www.lupi.com.  You can like Lupi’s Pizza on Facebook 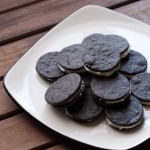 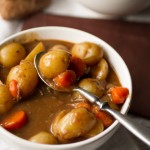