So, there’s no potato in loaded baked potato dip, but it is loaded with all the great stuff you put on a baked potato! It’s great for dipping potato chips.

There are few things that I love more than a loaded baked potato. I used to work near an Arby’s and remember going to the drive-thru one day to order a loaded stuffed potato, only to be told that it was a seasonal item and they didn’t have them on the menu at the moment. Um, what? I guess I probably ordered a cheddar melt and ate it in indignation. I just can’t think of many things that compare to a hot potato stuffed with butter, cheese, bacon, sour cream, and green onions.

The first time I ever had loaded baked dip was at a baby shower. It was hot and it was delicious. Subsequently, I made the dip later and, while it was so good, sour cream kind of curdles when it gets hot and it doesn’t look very appetizing. I served it at my dad’s birthday party and ended up throwing out 3/4 of it because it looked gross. I discovered something while making it, though…cold loaded baked potato dip is just as tasty as hot loaded baked potato dip – maybe even more so – and it definitely looks better.

So…if you need a great snack or a unique dip for a party, you should give this loaded baked potato dip a try. I like to serve it with ridged potato chips, because they don’t break as easily as regular potato chips. I promise you’ll love it!

What’s your favorite dip for chips?

For other great recipes, check out the Weekend Potluck link-up on Served Up With Love!

Time to cook the bacon is not included in the prep time. 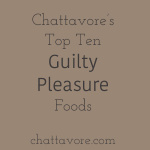 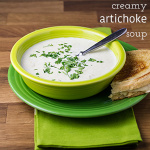