A few weeks ago I blogged about Soho Hibachi in Hixson. Someone commented on my Facebook post that she liked Soho but preferred Little Tokyo Express. We’d visited Little Tokyo several years back (before Chattavore sprang into existence) and as I recalled we liked it fine, but for some reason we hadn’t been back. We decided that it was time to go back and give it another try.

Little Tokyo Express is located on Hixson Pike in a building that used to be Wendy’s. It’s pretty basic inside, but clean and well-kept. The menu is limited, which is always a good thing: a regular menu with about ten items, a children’s menu, and a menu of sides. You order at the counter, get your drinks from a fountain, and are given a number to put on your table for the food to be delivered. The cooks are located right behind the counter, so you can see everything that they are doing as they are prepping your order (if you are so inclined, anyway).

I decided on the teriyaki chicken. All orders come with fried rice, but you can add noodles if you prefer for an uncharge. You can also order your meal with mixed vegetables (broccoli, zucchini, mushrooms, and onions). I ordered mine with mixed vegetables. The chicken was well-browned and tender, coated with a light, sweet and savory sauce. The rice was well-seasoned and had just a few peas and carrots in it. The vegetables were well cooked and lightly seasoned, except for the onions, which could have used a few more minutes of cooking. They were still a little crunchy and had a bit of a raw onion bite to it. I didn’t eat very many of them.

Philip ordered the steak and chicken. He also got mixed vegetables and rice. If we had realized before we ordered that we could have gotten noodles, one of us would have ordered them to try, but I didn’t know until I saw that the couple who ordered before us had noodles on their plates. His rice, vegetables, and chicken were essentially the same as mine. The steak was cut into thin slices that were about 2 inches square. Like the chicken, the steak was lightly browned on the outside and was also very tender.

Here in the South, the white sauce or “Yum-Yum sauce” is very important. So far, I have not found any white sauce at a restaurant that quite measures up to the white sauce served at Typhoon of Tokyo (or the white sauce that I make myself), and I’ll be honest…Little Tokyo’s doesn’t quite either. It’s good, but a little sweeter than I prefer; it had a good consistency. I mixed a little soy sauce into mine to make it a little more salty and a little less sweet. That worked out well. They are very generous with the white sauce, as they have lidded containers of it next to the register as well as pump containers on the counter with the forks, napkins, etc. where you can serve yourself more if you need it.

For teriyaki chicken, a steak and chicken meal, and two waters, our meal was $17.87 before tip….not a bad deal for the large portion of food that you are given (to-go boxes are readily available near the counter if you need them). The staff was friendly and the food was tasty. I’ll admit that Typhoon is still my favorite but I would definitely go to Little Tokyo again. Little Tokyo Express in Hixson, Tennessee serves good food at a good value.

Little Tokyo Express is located at 4516 Hixson Pike, Hixson, Tennessee, 37343. They are open daily from 10 a.m. to 9 p.m. You can call them at 423-874-0500. There is a Facebook page that appears to be for Little Tokyo Express, but the information is not accurate as the website points to a restaurant in Pittsburgh. 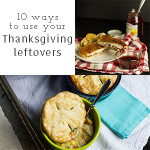 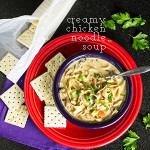